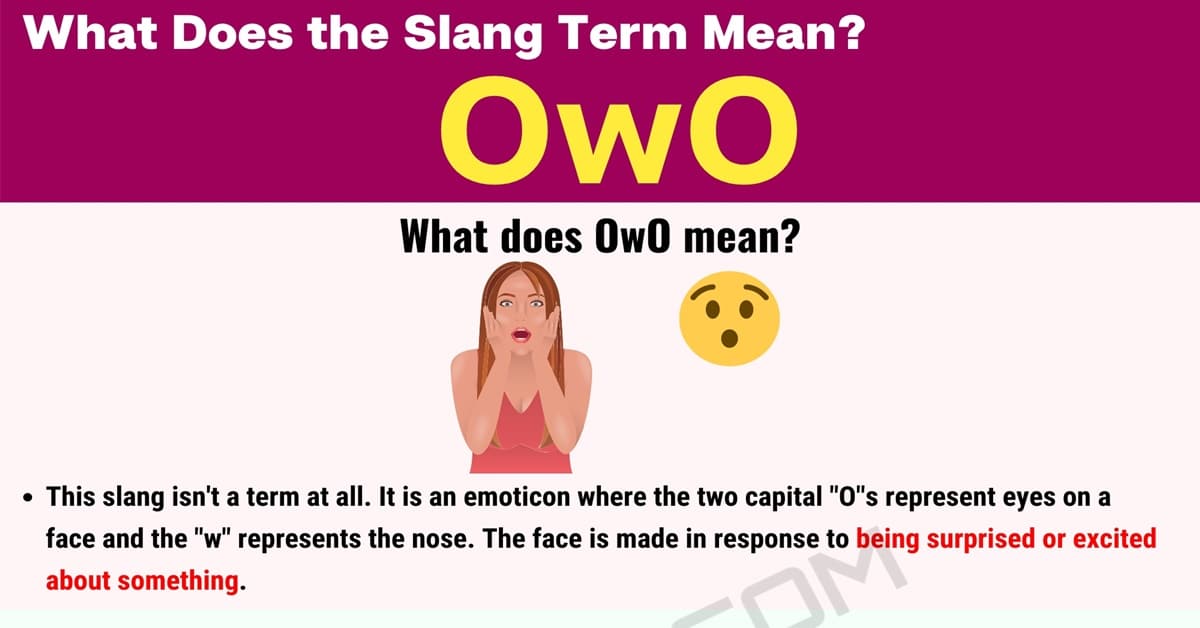 You may think the term “OwO” is a weird acronym the first time you encounter it. However, the truth is, its not an acronym at all. If you are now even more confused as to what it could be and what its meaning is then you were when you first arrived at this page, then keep reading on for some enlightenment.

Here you will find the meaning of this term, information about its origin, and some alternative meanings if there are any to be found. You will also see some example conversations utilizing the term correctly so you can better understand it. Additionally, you will discover some alternative words and/or phrases that you can use in place of this term to convey the same meaning.

What Does OwO Mean?

This slang isn’t a term at all. It is an emoticon where the two capital “O”s represent eyes on a face and the “w” represents the nose. The face is made in response to being surprised or excited about something.

Although there is no exact when or where mentioned about the origin of this emoticon, it can be said that it originated in Japan as part of the first wave of emoticons to be used on the internet to represent common facial expressions. Some definitions of the term elude to the fact that these faces are made as a result of anime and were first used by furry enthusiasts. A furry is someone who likes to dress up like an animal for purposes, including sexual ones.

Some define this term as being a sound close to “wooooo” or “ooooo” made in a high pitched tone. Other than that, there does not seem to be any other currently known meanings of this term. However, the “O”s in this expression can be substituted with different “O”s from the character map on your computer to give them eyebrows in different directions to make the face appear angry, upset, happy, etc.

The synonyms that you could use to express this emoticon in words include: 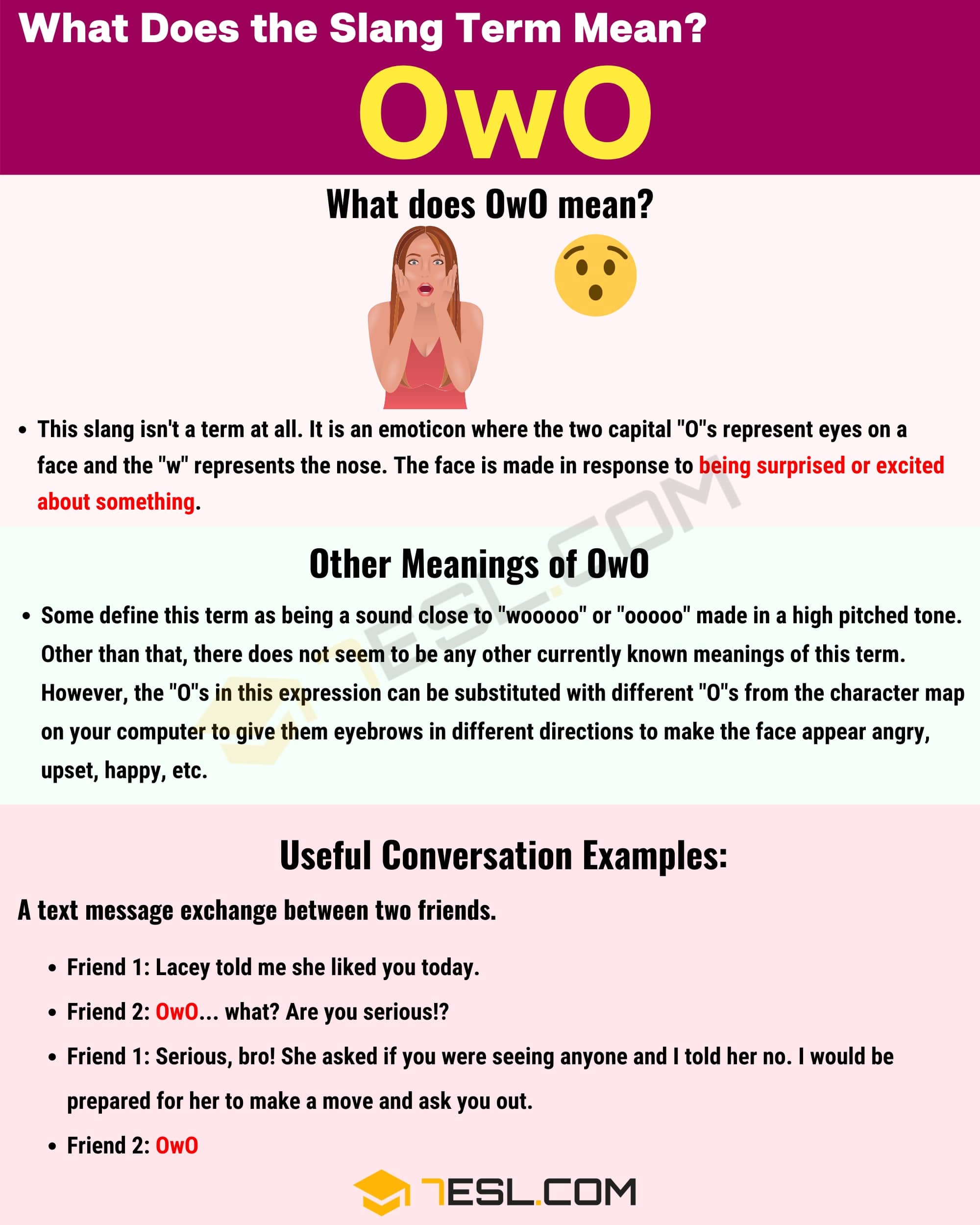 OwO where W is the nose??
what the f**k? awe you sewious?

this was written by a 49 year old man

CarpetMunchers
Reply to  the owo

whose wife left him 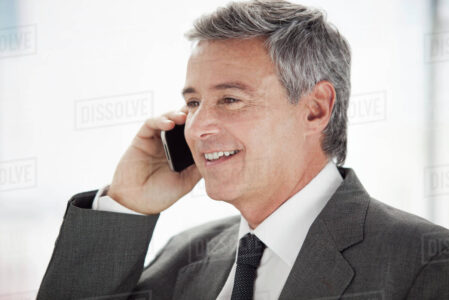 Your not just wrong, your stupid.

no its when you find a big cocky wocky uwu

when its a big fat uwu