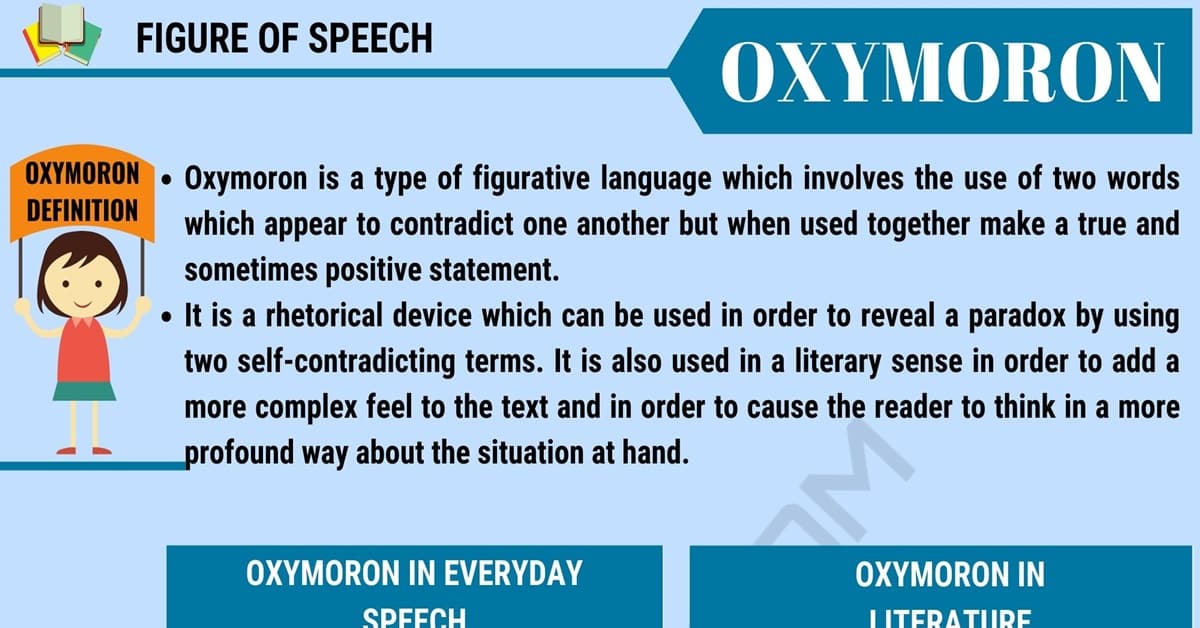 Oxymoron is a type of figure of speech which will be heard in spoken English many times. It is also found in a literary sense in works such as songs, poems, and fiction. But what exactly is an oxymoron and how can it be used? In this article, we are going to discuss the meaning of oxymoron and look at how it is used in both spoken and written language. We will do this by taking a look at some examples of times in which oxymoron has been used in literature and in everyday conversation.

What is an oxymoron? Oxymoron is a type of figurative language which involves the use of two words which appear to contradict one another but when used together make a true and sometimes positive statement.

It is a rhetorical device which can be used in order to reveal a paradox by using two self-contradicting terms. It is also used in a literary sense in order to add a more complex feel to the text and in order to cause the reader to think in a more profound way about the situation at hand.

Examples of Oxymoron in Everyday Speech

Examples of Oxymoron in Literature

We often see oxymoron used as a literary device, for the purpose of encouraging the reader to think more deeply about the meaning of a statement. We are now going to look at some examples of times that oxymoron has been used within the written text.

After looking more in-depth at what an oxymoron is and how it can be used, we have discovered that the rhetorical device is formed by using two contradicting words or terms in order to convey a deeper, more positive meaning.

Oxymoron is used frequently in both a conversational sense and in written works such as poetry, song, and stories. When used in this sense it gives a greater complexity to the piece of writing and can cause the reader to have to think more deeply about what they are reading. 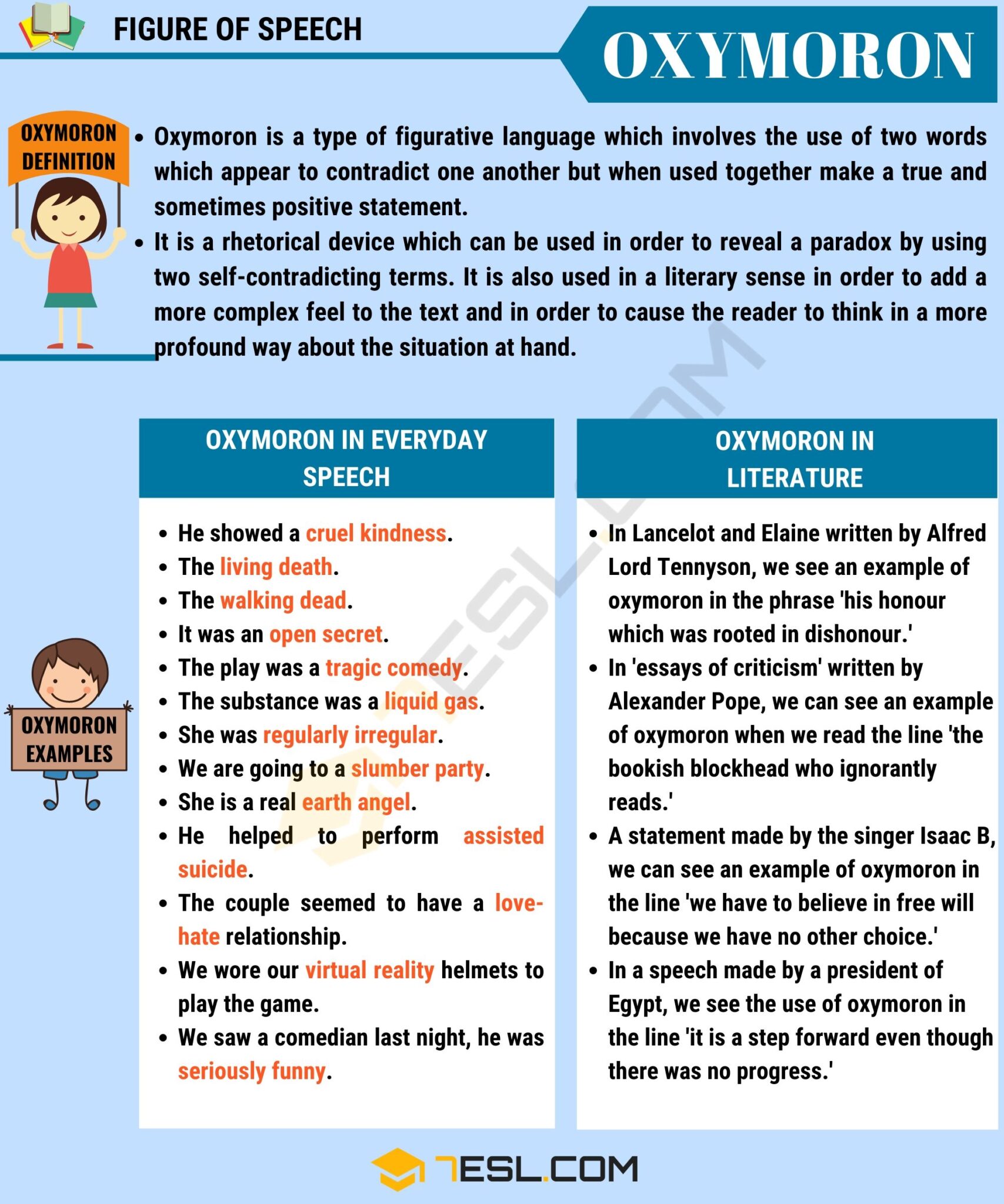