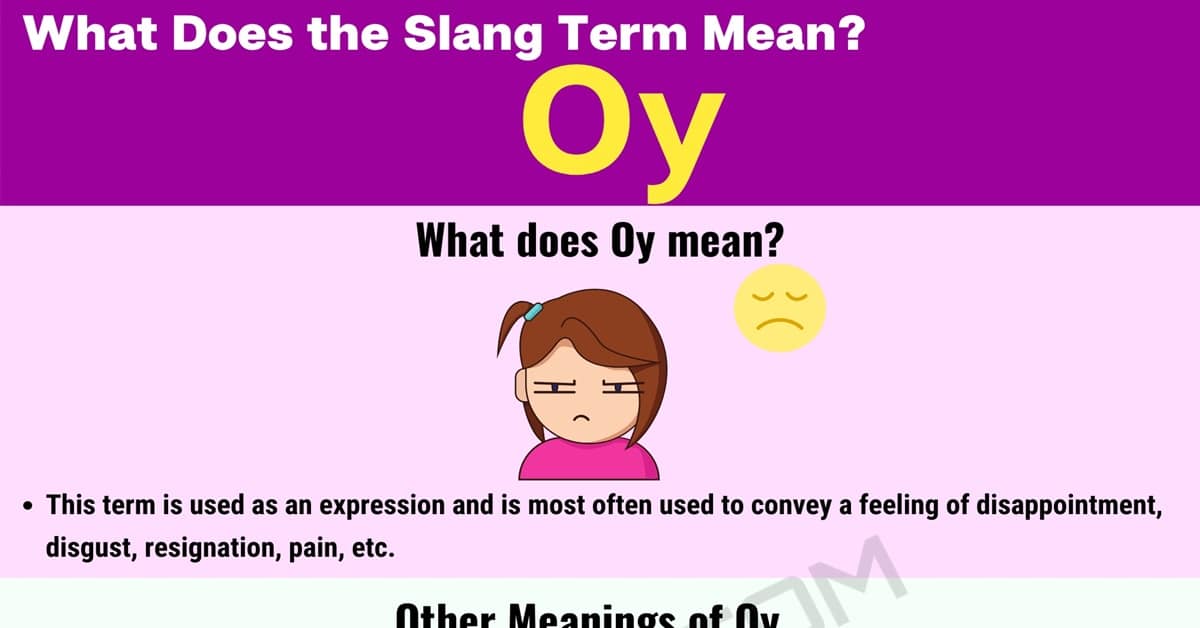 The slang term “oy” is used nearly daily by many people in actual face-to-face conversation, online, and in text messaging to display expression. If you have seen or heard this phrase used recently and were left wondering what it meant, then you have come to the right place.

Here you will find the meaning of this term, information regarding its origin, and some alternative meanings that it has. You will also find some conversation examples to help you better understand its meaning and some synonymous words or phrases that you can use to replace this word in conversation to relay the same message.

What Does Oy Mean?

This term is used as an expression and is most often used to convey a feeling of disappointment, disgust, resignation, pain, etc.

Not much is known about the origin of this term other than it became a part of the English language sometime between 1890-1895 and was derived from Yiddish.

Alternative definitions suggest that this term can also be used to express feelings of shock and enjoyment. The term is also used as a greeting in other countries outside of the U.S. similar to using hello. The term can also be used in response to someone doing something dumb or stupid. These are just some of the possible other meanings regarding how this term is used around the world. 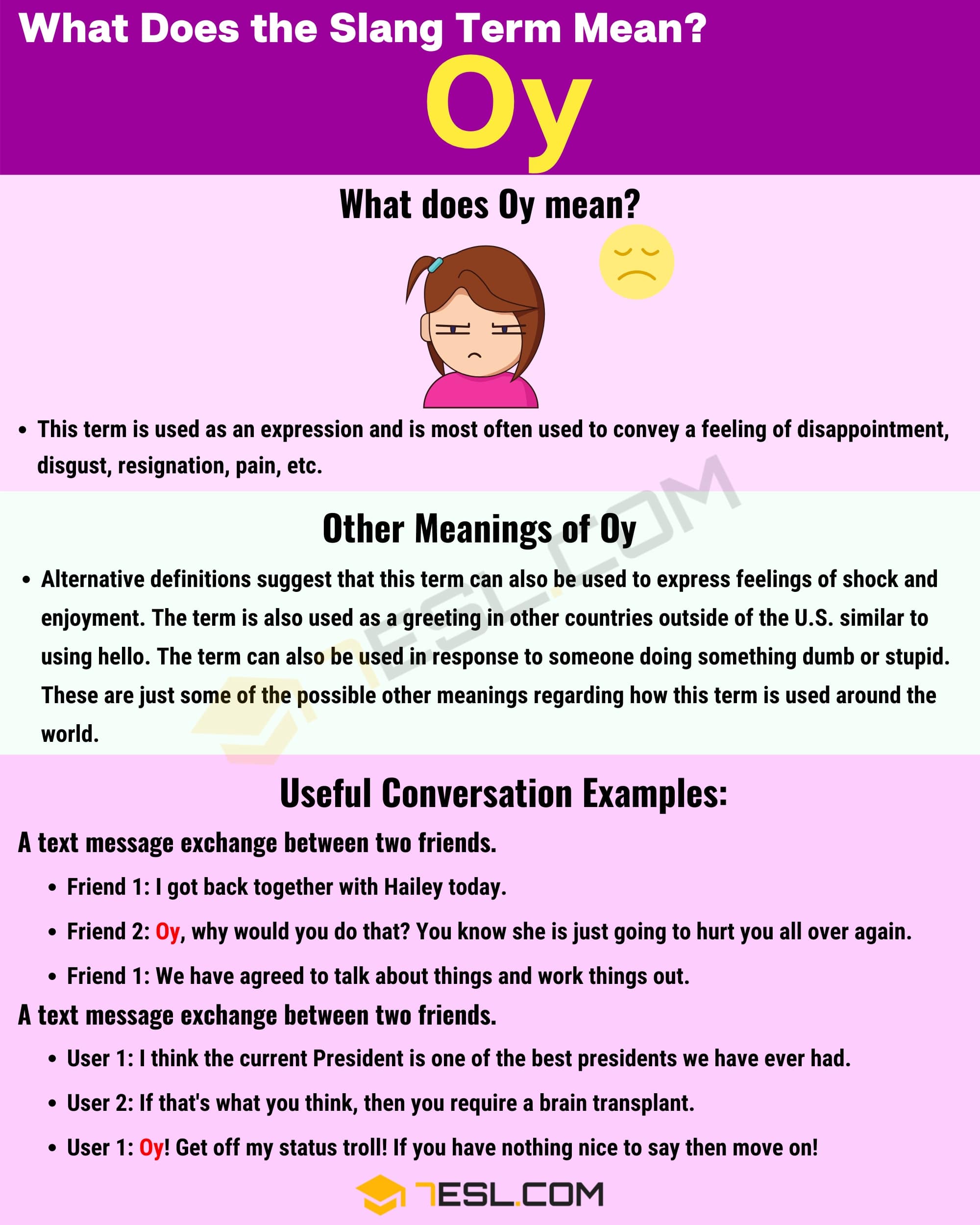