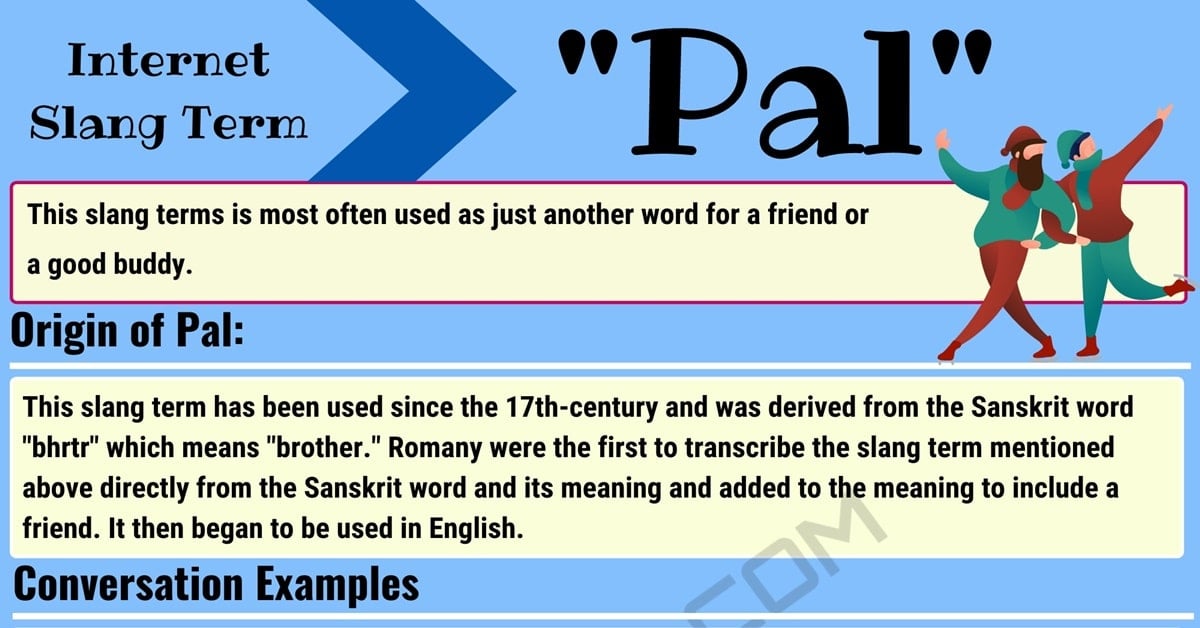 The slang term “pal” is used a lot in regular conversations both online and offline. It is used nearly as much as the original terms that it is used in place of. If you were unable to determine the meaning of this word when you heard or seen it being used and have come here to be enlightened, then you are in luck.

Here you will find the meaning of the term, details about its origin, and some other meanings if there are any that exist. You will also find some conversation examples that you can read through to help you better understand the term’s definition. Finally, you will see some different words that can be used interchangeably with this slang term that carry the same meaning.

What Does Pal Mean?

This slang term pal is most often used as just another word for a friend or a good buddy. 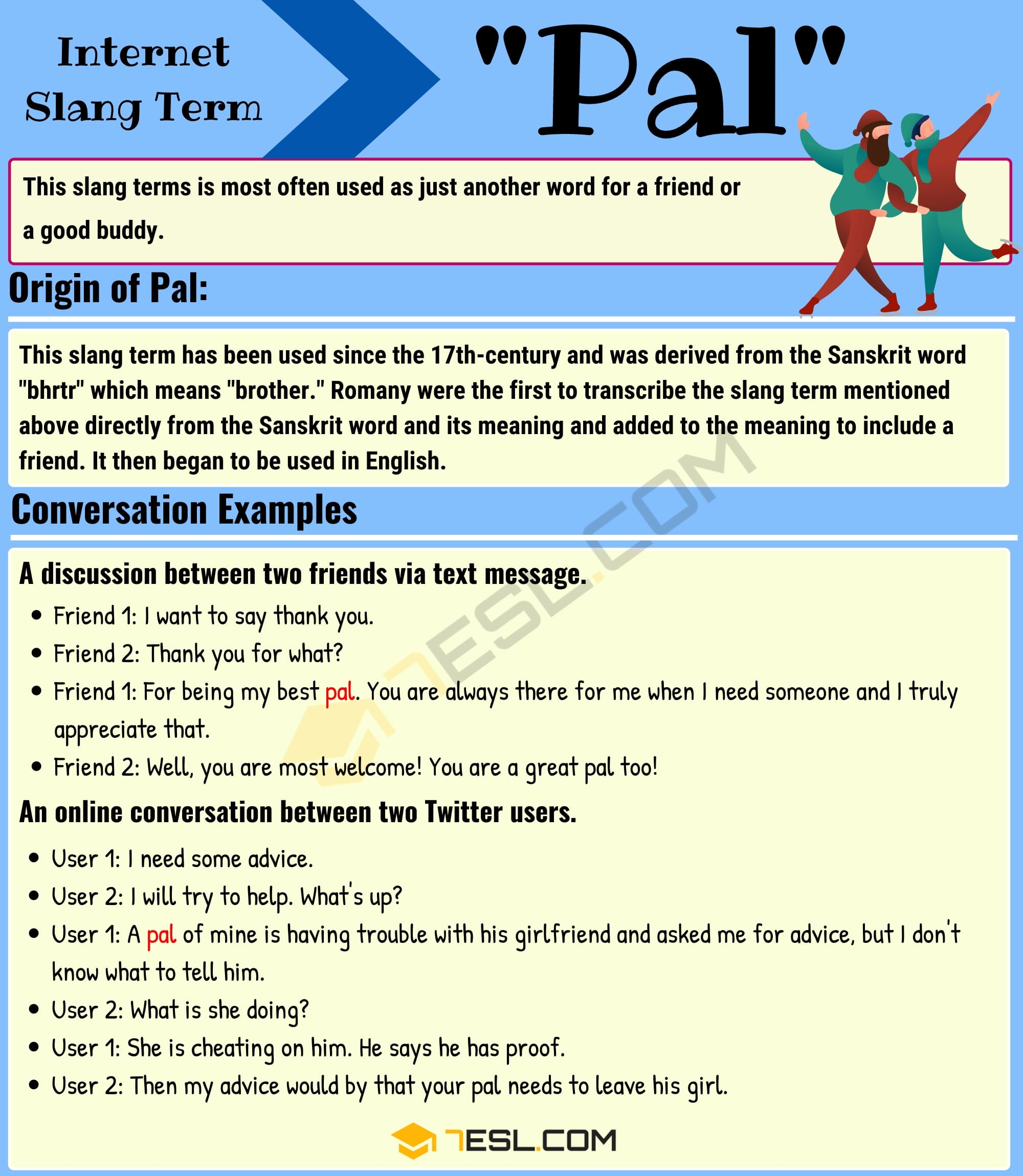