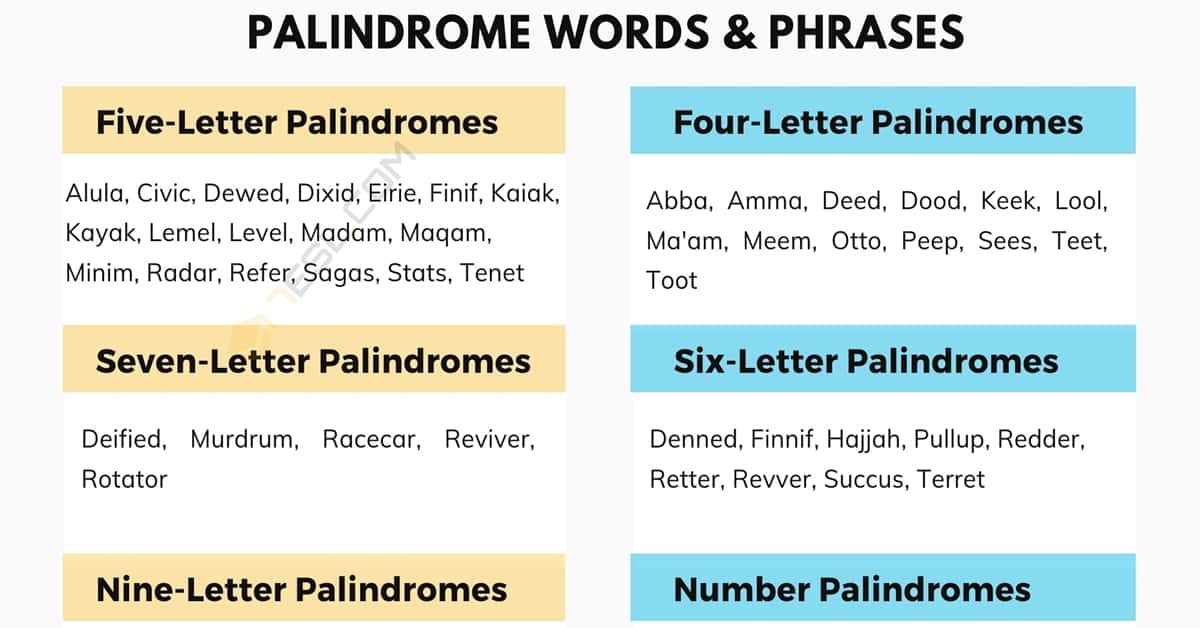 In this article, we are going to show you some palindrome words & phrases in English. Palindromes are a fun literary technique that helps exercise the brain in a fun and creative way. It’s a fun way to challenge others in their reading and writing in order to give their brain the exercise it needs. Everyone needs a little brain teaser every now and then, and palindromes are a fun way to help the brain.

What in the World is a Palindrome?

A palindrome, according to Merriam-Webster, is a word, phrase, verse, or number that reads the same forwards as it is backwards. The origin of the word comes from the Greek palindromos which means running back again’. It stems from the Greek palin, meaning back/again, and the Greek dramein, meaning to run. This is not to be confused with Emordnilap, which is a word that spells a different word backwards than it does forwards.

Palindromes have been used as far back as ancient Greece in their Sanskrit, though most of those did not survive to modern-day. The earliest form of a written palindrome is dated around 79 CE, and it is known as the “Sator Square”. The square contained the phrase “Sator Arepo Tenet Opera Rotas”, which translated to “The sower Arepo holds with effort the wheels”.

There are many different palindromes that have come to be since the name’s creation. From 3 letter words to complete sentences to over 17,000-word phrases, there are palindromes for anyone and everyone. Here are multiple examples of palindromes that you are sure to love!

These palindromes are all very unique and are something to harp on. 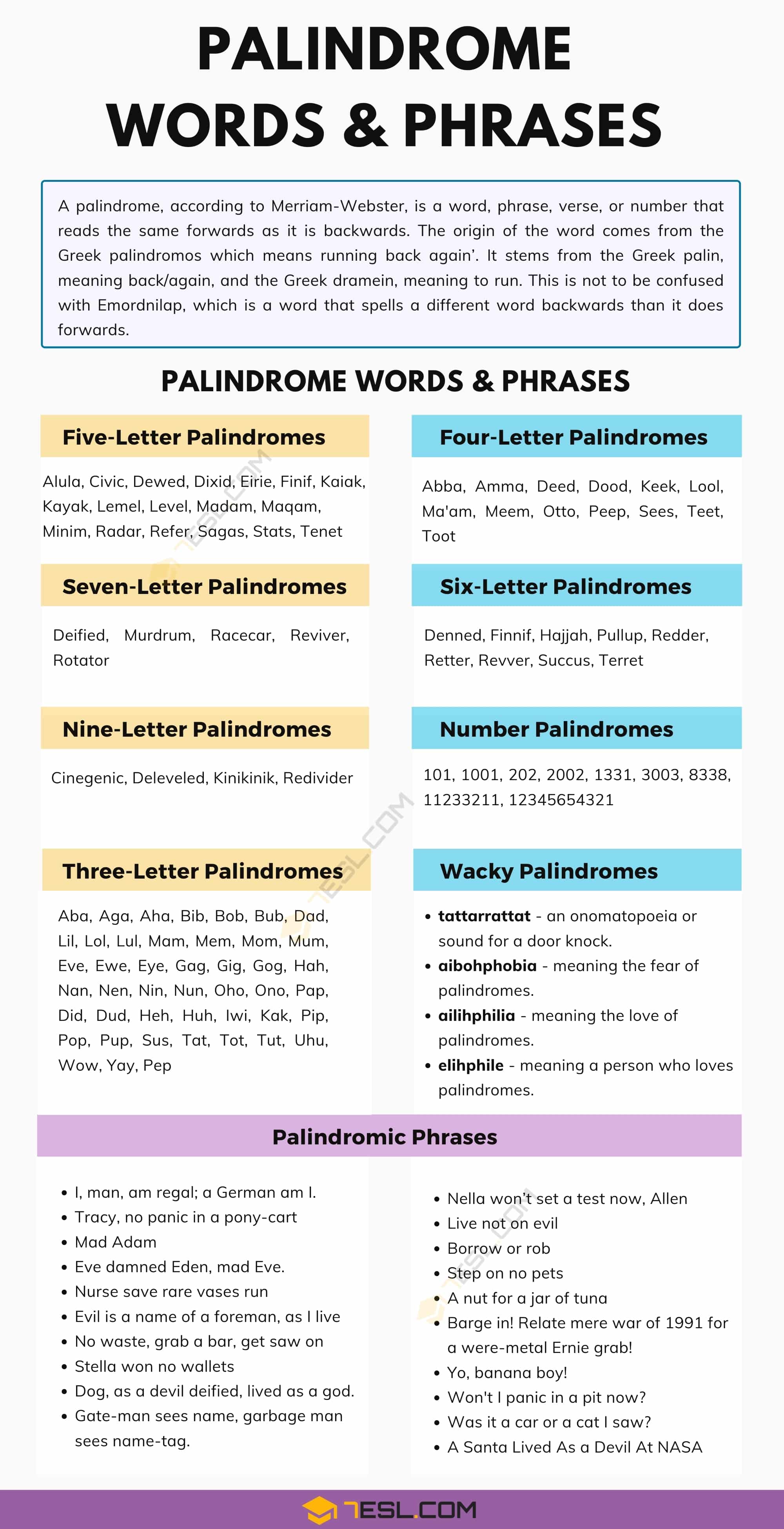 ‘Evil is a name of a foreman, as I live’ does not work. Should be ‘foeman’
Nor does ‘Gateman sees name, garbage man sees name-tag’.

There are palindromic names, too, such as Hannah and Glenelg, in Scotland.

these palindromes are very cool

I’m sharing a 25 lettered sentence palindrome of special significance for my wife Norma and me Ron, wedded now for 60 years.

Norma is as selfless as I am Ron

And I expect this palindrome certifies our match as perfect!