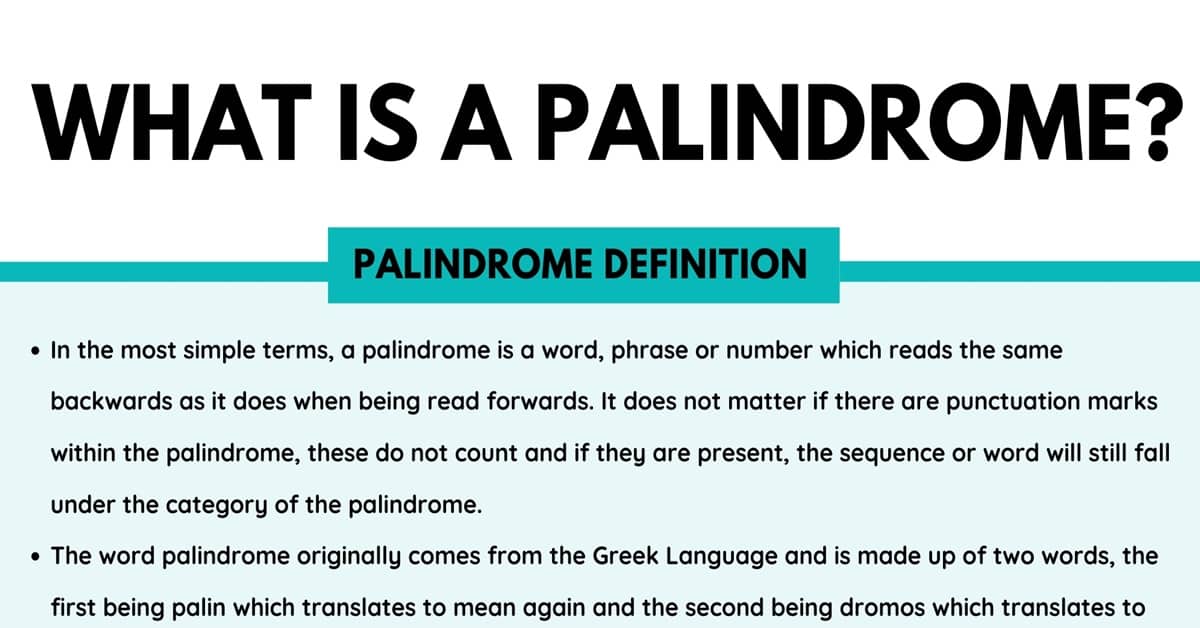 What Is A Palindrome?

In the most simple terms, a palindrome is a word, phrase or number which reads the same backwards as it does when being read forwards. It does not matter if there are punctuation marks within the palindrome, these do not count and if they are present, the sequence or word will still fall under the category of the palindrome.

The word palindrome originally comes from the Greek Language and is made up of two words, the first being palin which translates to mean again and the second being dromos which translates to mean direction or way. The palindrome, when read backwards will have the same pattern, layout, appearance, sound and meaning. For the use of the palindrome in the English language, we can thank a man named Ben Jonson who introduced the idea way back in the 17th century.

When looking at palindromes, we see that there are two different types. Let’s take a look at these in a little more detail.

The word unit palindrome is one where the word or sentence is read backwards in terms of the words and letters, for example, the words rotor, noon, civic, radar and level are all examples of words which fall into this type of palindrome. There are also sentences which might be classed as a word unit palindrome such as fall leaves after leaves fall or Queen, are you happy you are Queen?

The one line palindrome is one in which a sentence is read backwards in terms of the letters. An example of this might be was it a car or a cat I saw? The letters of this sentence spell the same words regardless of the direction in which they are read.

You might also see these other types of palindrome being used quite commonly.

Why Do We Use Palindromes?

In some cases, palindrome enthusiasts will try to come up with extremely long palindromes that still make sense. There are examples of palindromes to be seen in things such as magic spells and in a religious context with many palindromes making an appearance in religious texts.

Now that we have gained a better understanding of what a palindrome is and how it is used, we are ready to take a look at some further, more detailed examples of them.

The palindrome is, in the simplest terms a word, phrase or sequence which can be read backwards in the same way that it can be read forwards. There are various different types of palindrome, but the concept surrounding all of them is essentially the same. Whether it is a sequence of numbers, letters or words, the main rule is that they read the same in both directions. Using punctuation within a palindrome will not alter it, as this does not have an effect on whether the sentence or sequence is classed as a palindrome.

Learn more with a list of palindrome words & phrases in English. 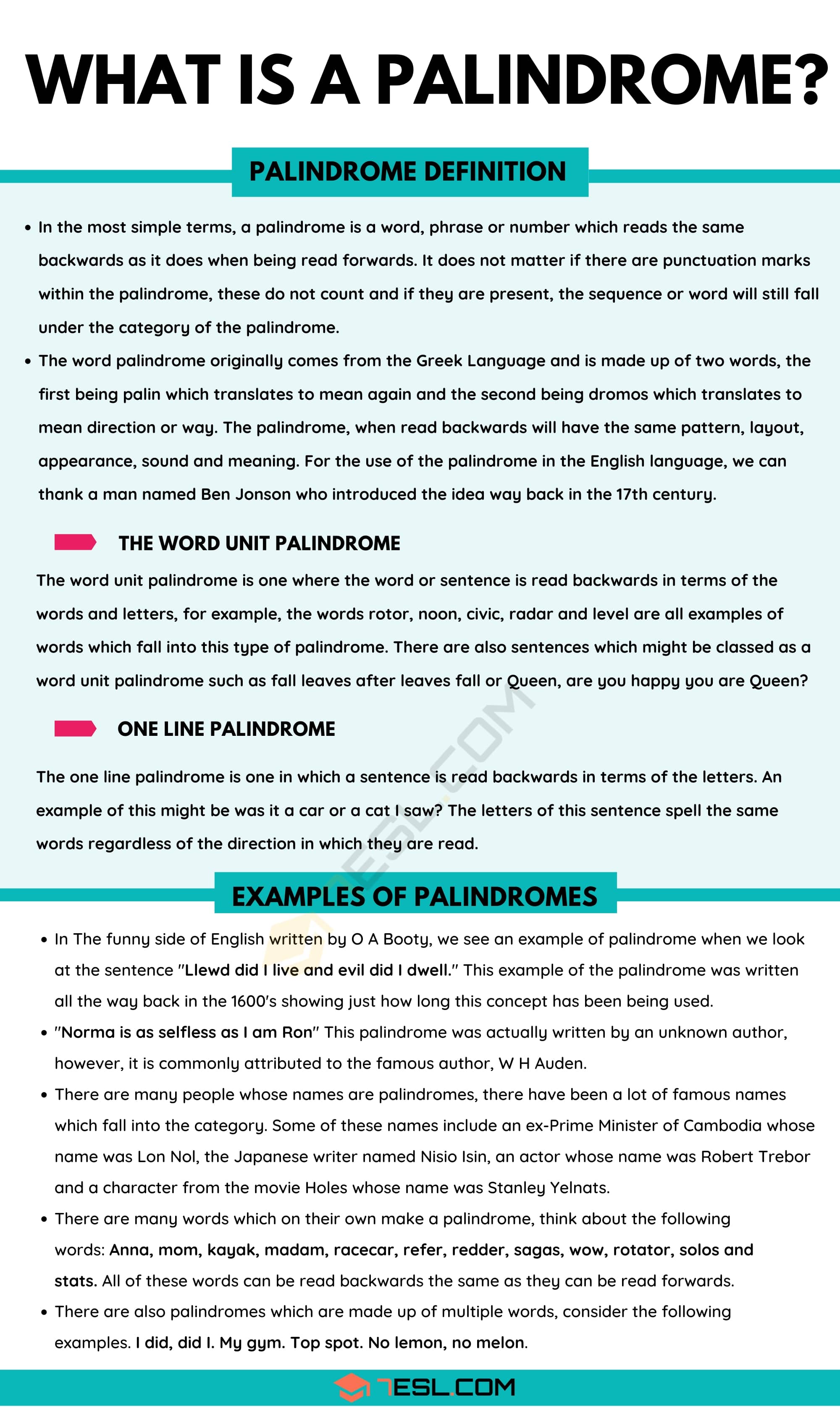