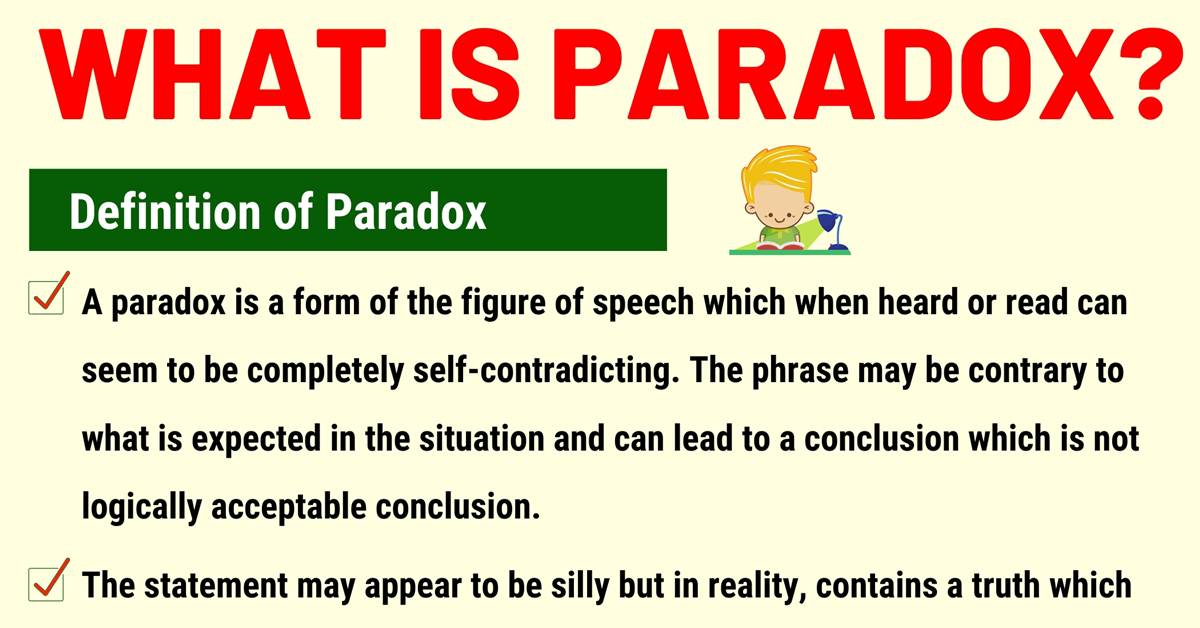 When speaking or listening to the English language you can expect to come across the use of Paradox. You will also find it used as a literary device many times. But what is paradox and how is it used? In this article, we are going to take a look at the meaning of paradox and how it can be used in both everyday conversation and in written English. We are also going to look at some examples of when paradox has been used in literature and examples of how it can be used in day-to-day conversation.

What Is a Paradox?

A paradox is a form of the figure of speech which when heard or read can seem to be completely self-contradicting. The phrase may be contrary to what is expected in the situation and can lead to a conclusion which is not logically acceptable conclusion.

The statement may appear to be silly but in reality, contains a truth which seems unreasonable for example ‘the church has a huge amount of money but incurs high running costs every year.’ The example shows that whilst the church has a lot of money, it has to spend that in order to make it, seemingly a contradictory situation.

When used as a literary device, paradox can express an idea which is not in line with a traditional concept. It is regularly used to have the reader or listener think in a more creative way. Using paradox makes reading more enjoyable to the reader by adding a hidden meaning.

There are many instances in which paradox is used during day-to-day speech and conversation. We are now going to take a look at some examples of how it can be used in this sense.

Examples of Paradox in Literature

Writers have long used paradox as a literary device in order to convey a different train of thought to the reader. We are now going to take a look at some examples of times in which paradox has been used in a written context.

In looking at how paradox is used, we have learnt that it is a statement or phrase which appears to be self-contradicting but on closer inspection contains some sort of truth.

It is used frequently in both written works and in day to day conversations in order to convey an idea or to encourage the reader to think in a more innovative what is a paradox in literature sense. A paradox is the juxtaposition of two phrases which contradict one another but reveal a truth. 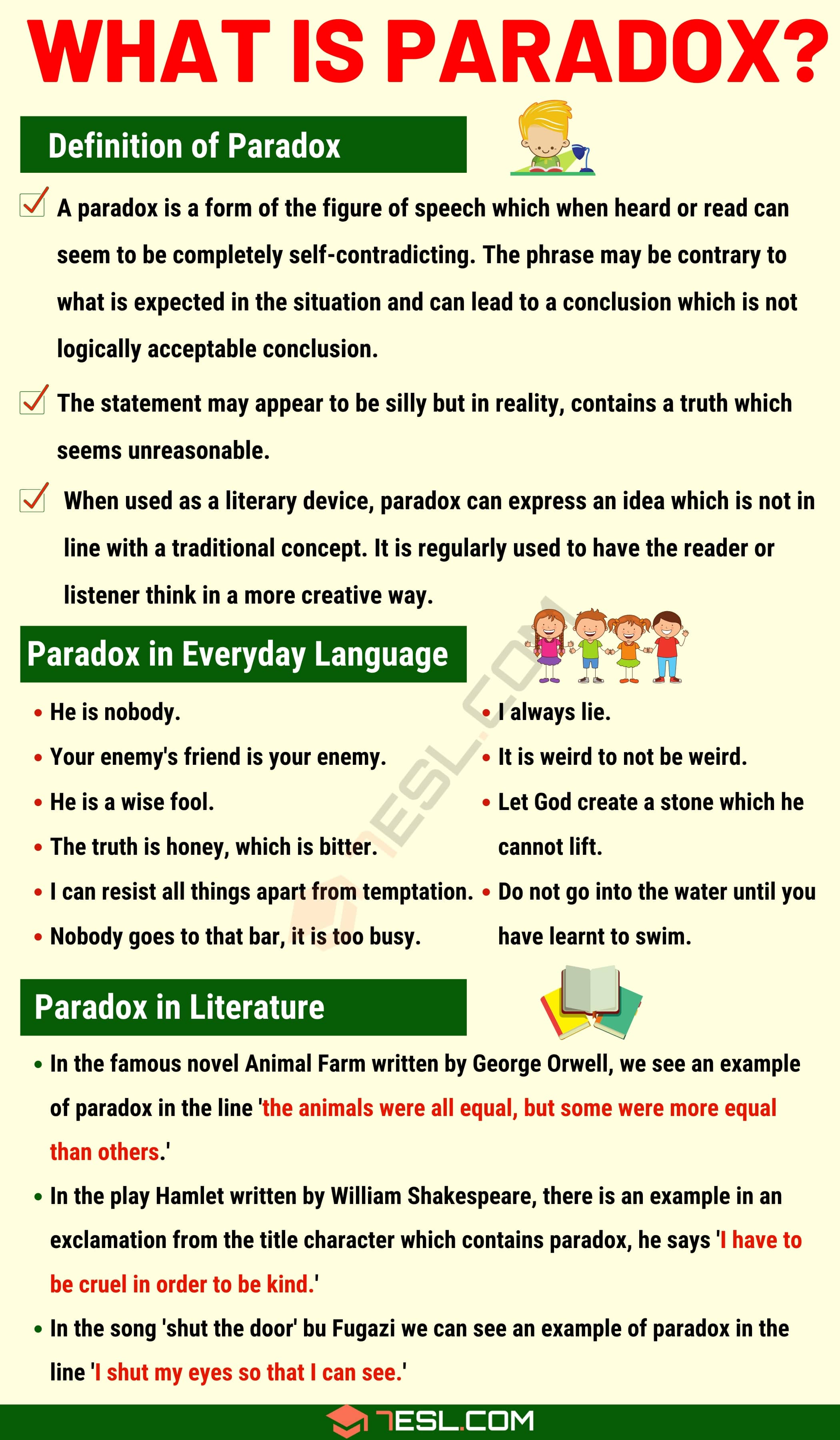