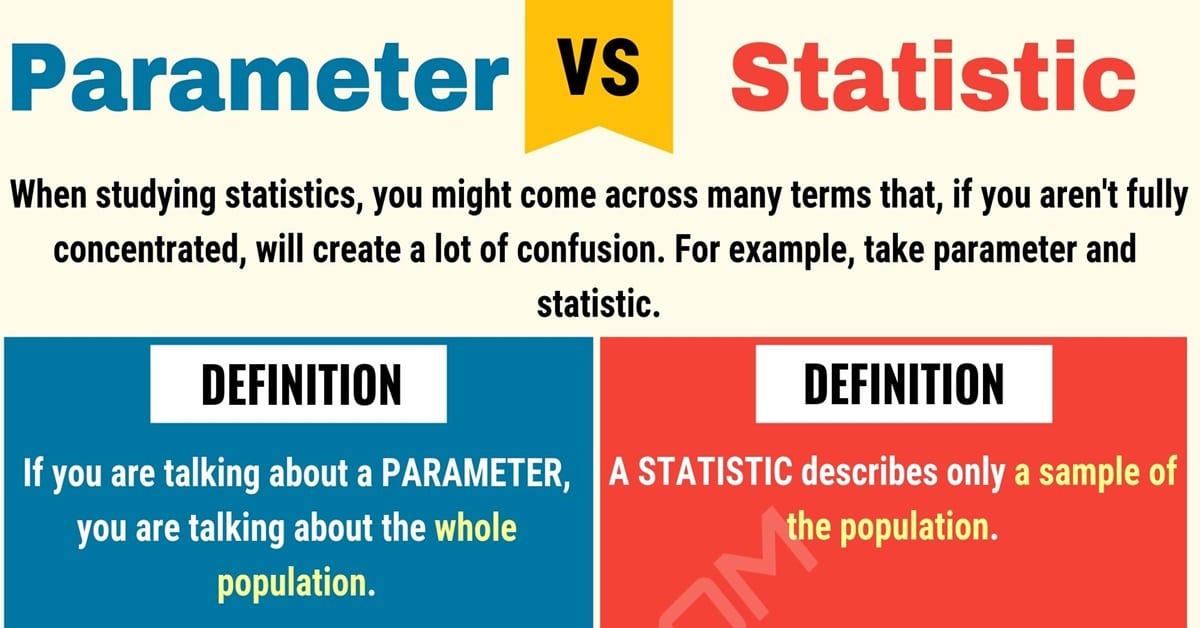 Parameter vs. statistic! When studying statistics, you might come across many terms that, if you aren’t fully concentrated, will create a lot of confusion. For example, take parameter and statistic. Both these words give us information about a group, for example, a percentage of people who like dogs. But what is the difference between the two terms?

When to Use Parameter vs. Statistic

Let’s say that a survey found that 70% of 500 school students have pets. For this survey, each and every one of these 500 students has been asked, so we know the answers from everyone in the entire population. Therefore, in this case, we have a parameter.

But what if you read an article that says that (all numbers assumed) 80% of Europeans have at least one car? It’s impossible to ask all the Europeans. Most probably, only a sample of people who live in Europe has been asked and, based on their answers, the writers of the article made an assumption about the whole population. So, what we have is a statistic.

When it comes to determining what you have in front of you, a parameter or a statistic, ask yourself, was it possible to survey an entire population that you see? If there’s a fact about thirty employees of a company or fifty couples, then it’s obvious that everyone has been actually surveyed. However, if the fact is about a very large population, such as all the residents of a city or all car owners, there’s no way that everyone has been asked. Therefore, in the first case, you have a parameter, and in the second one, you’re looking at a statistic.

Difference between Statistic vs. Parameter | Image 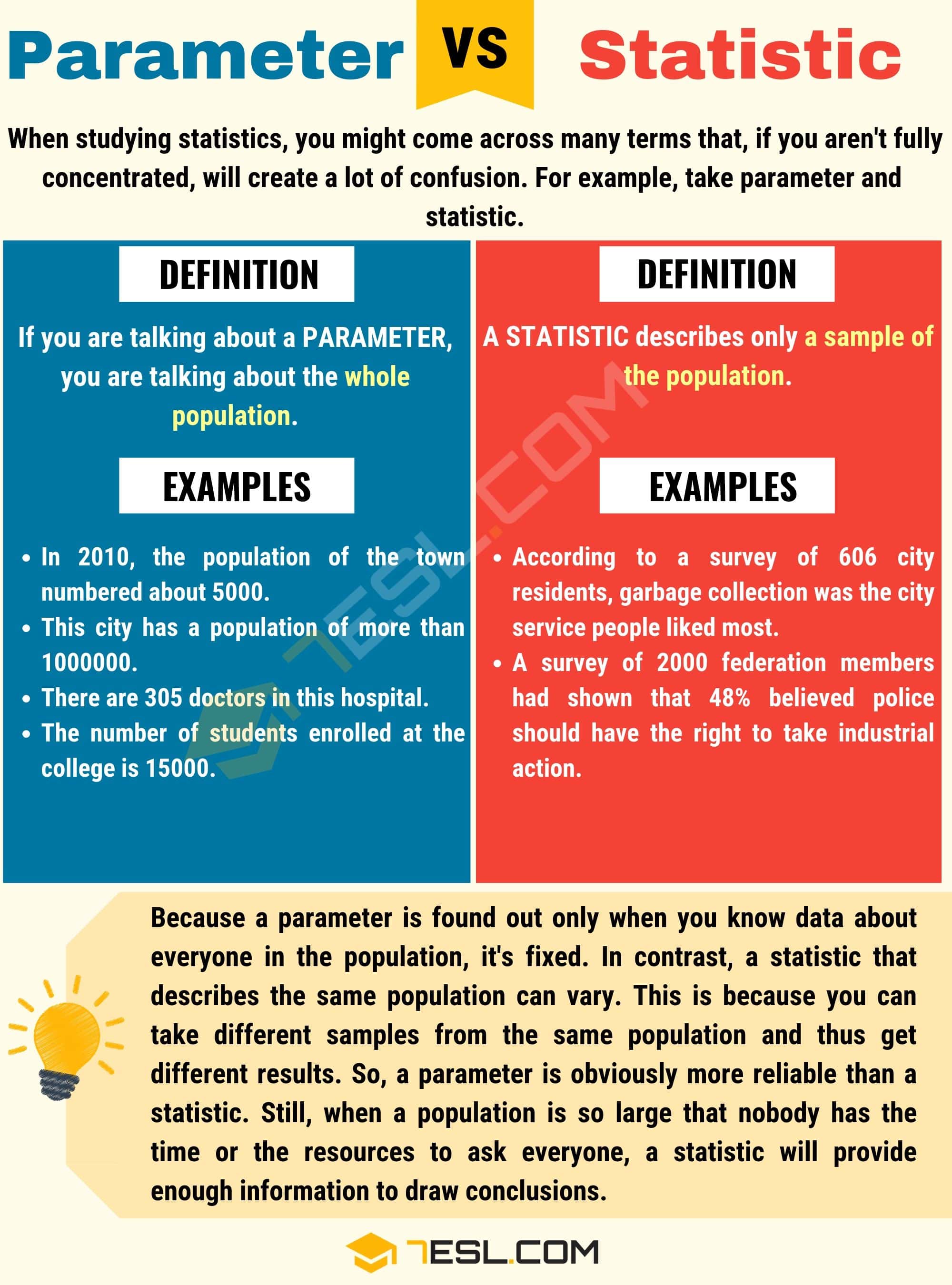