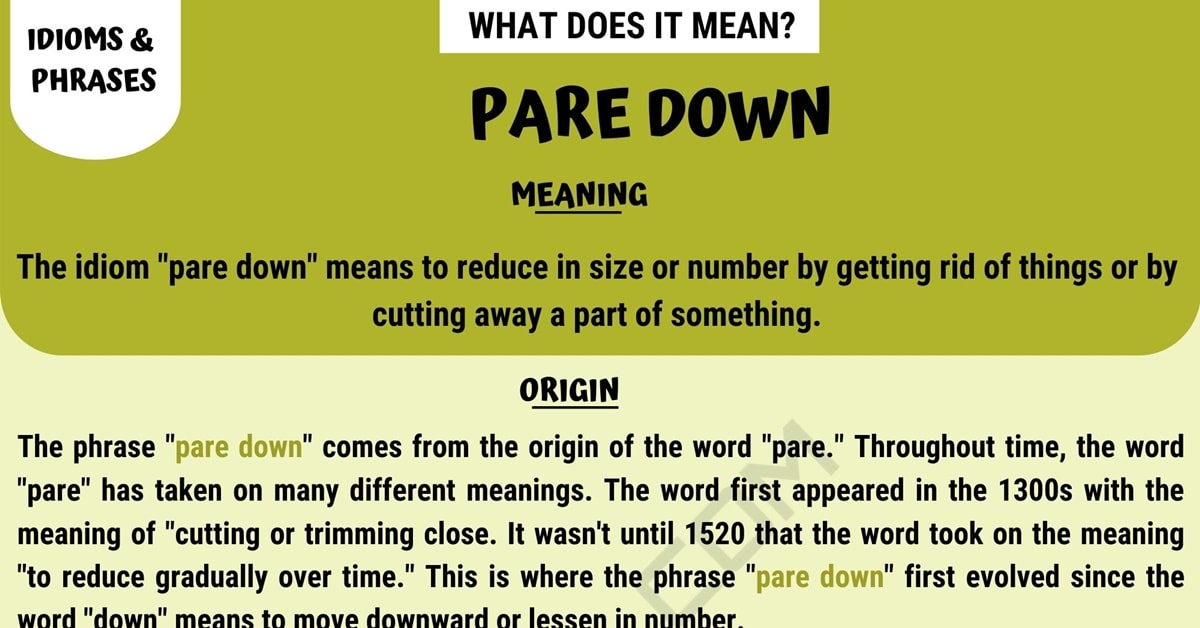 “Pare down” is a phrase you will see and hear quite often because it is frequently used in conversation and writing. If you have seen this phrase before and wondered about it, then look no further than this article. Here you will find the meaning of this phrase and the story behind its origin. You will also see some examples of the phrase used in sentences and conversations so you can learn how to correctly use the phrase for yourself. Rounding out this information, you will see some suggestions of words and/or phrases that you can use in place of this phrase to convey the same meaning.

The idiom “pare down” means to reduce in size or number by getting rid of things or by cutting away a part of something.

The phrase “pare down” comes from the origin of the word “pare.” Throughout time, the word “pare” has taken on many different meanings. The word first appeared in the 1300s with the meaning of “cutting or trimming close. It wasn’t until 1520 that the word took on the meaning “to reduce gradually over time.” This is where the phrase “pare down” first evolved since the word “down” means to move downward or lessen in number.

Alternatives to “Pare Down”

There are several ways to substitute other words and phrases to replace “pare down” and still convey the same meaning. Some of the alternative phrasing you could use include:

What does “Pare Down” Mean? | Image 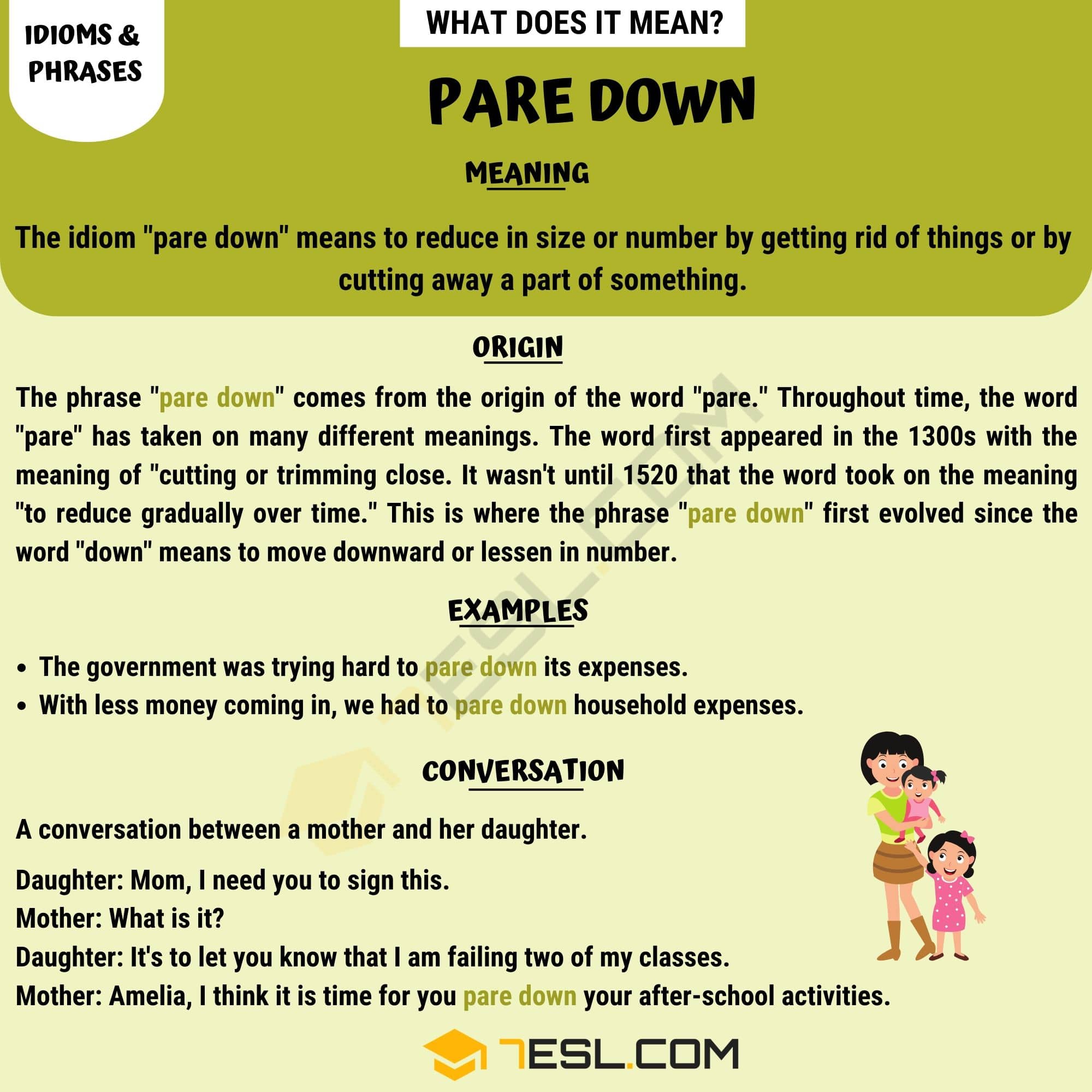