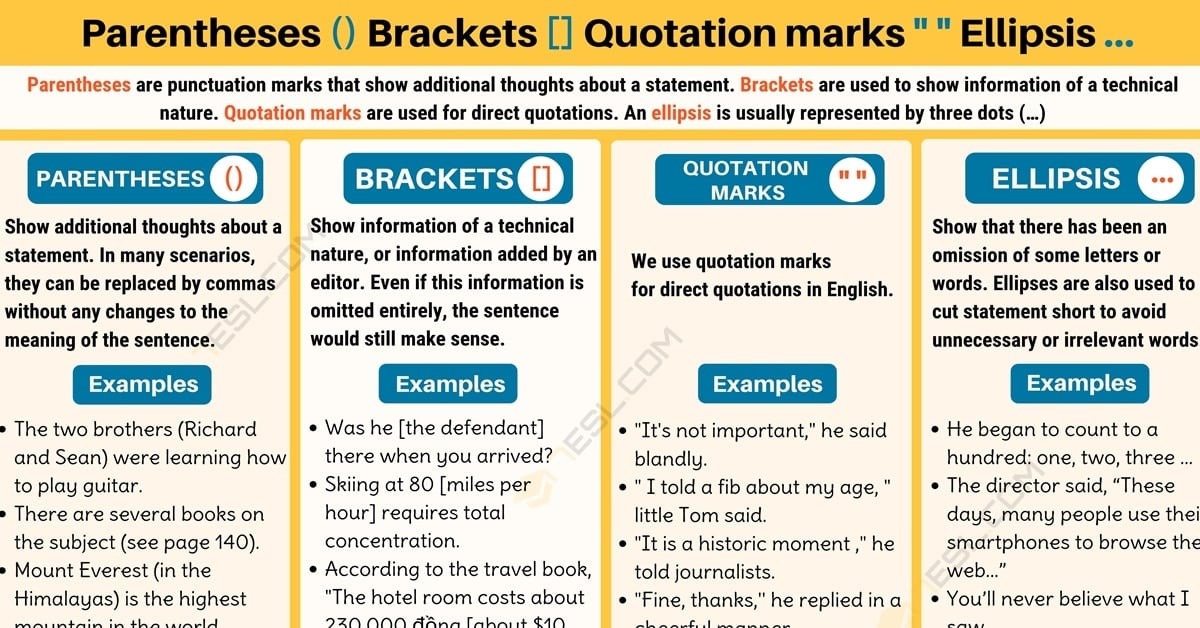 Learn how and when to use parentheses (), brackets [], quotation marks ” “, ellipsis … in English with example sentences and ESL picture.

Big list of punctuation marks in English with examples.

Parentheses, ( () ) are punctuation marks that show additional thoughts about a statement. In many scenarios, they can be replaced by commas without any changes to the meaning of the sentence.

Brackets or Square brackets are punctuation marks ([]) that are used to show information of a technical nature, or information added by an editor. Even if this information is omitted entirely, the sentence would still make sense.

We use quotation marks for direct quotations in English.

An ellipsis is usually represented by three dots (…), although it can also be represented by three asterisks (***). This punctuation symbol is used to show that there has been an omission of some letters or words. In many cases, ellipses are used to cut statement short to avoid unnecessary or irrelevant words that have no impact on the meaning of the statement being made.

He began to count to a hundred: one, two, three …

The director said, “These days, many people use their smartphones to browse the web…” 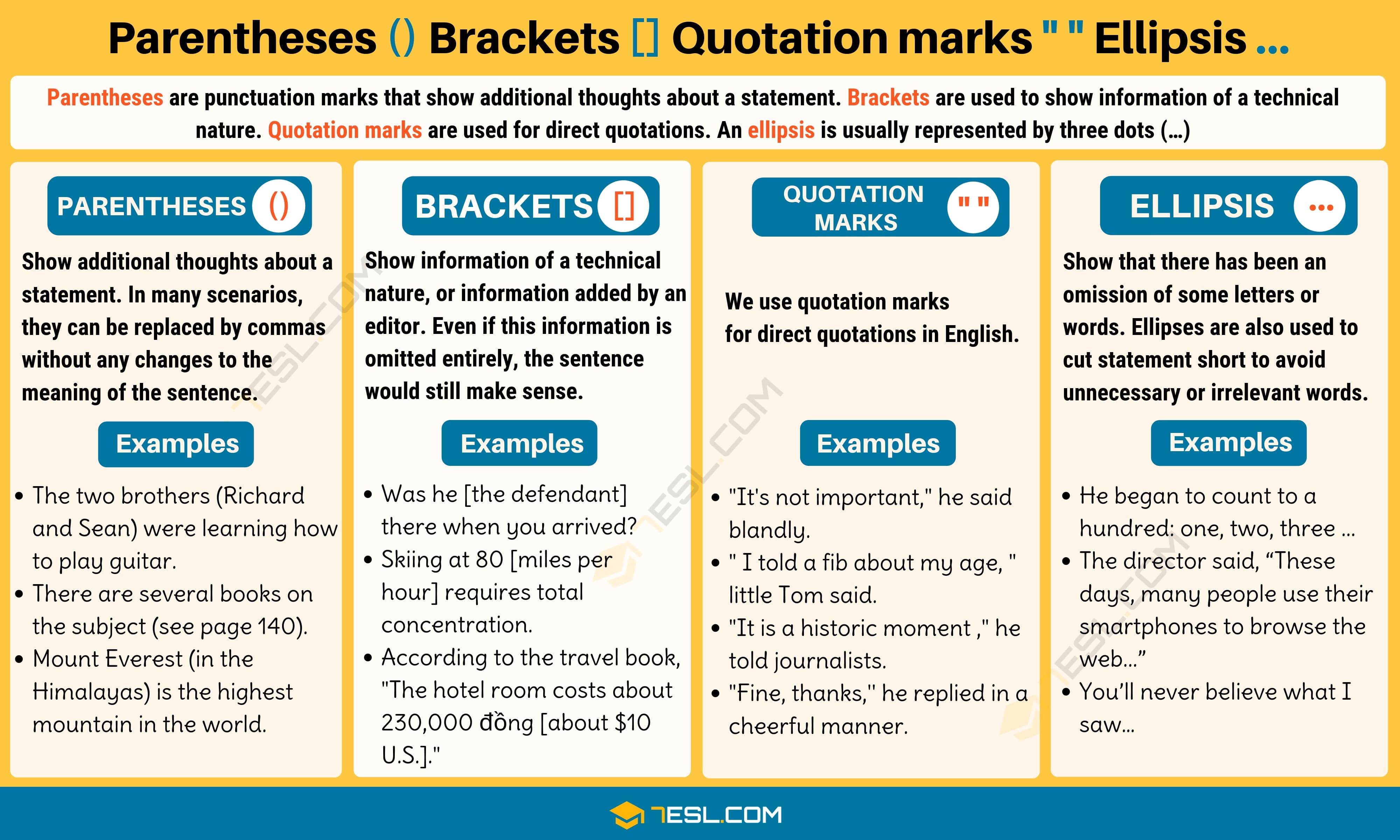