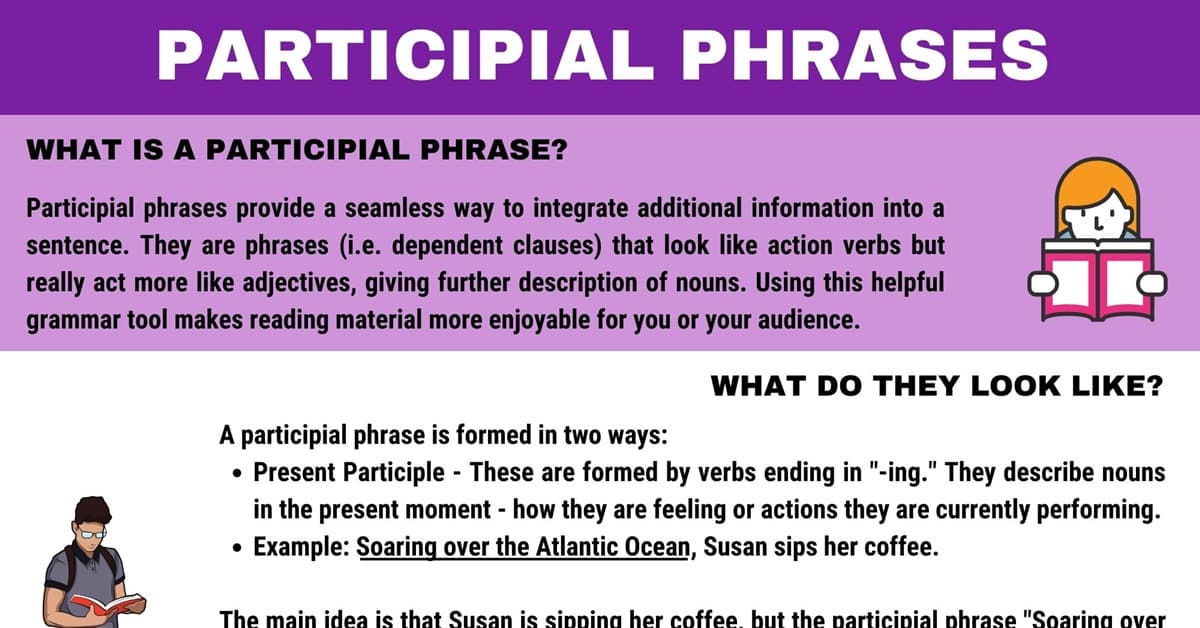 What Is a Participial Phrase?

Participial phrases provide a seamless way to integrate additional information into a sentence. They are phrases (i.e. dependent clauses) that look like action verbs but really act more like adjectives, giving further description of nouns. Using this helpful grammar tool makes reading material more enjoyable for you or your audience.

A participial phrase is formed in two ways:

Example: Soaring over the Atlantic Ocean, Susan sips her coffee.

The main idea is that Susan is sipping her coffee, but the participial phrase “Soaring over the Atlantic Ocean” helps conjure the image that she is presently doing so on an airplane.

Example: Alex went to sleep, having finished cleaning his room.

Alex has gone to sleep, but the phrase “having finished cleaning his room” shows that before he went to sleep, he cleaned his room.

Notice that these two phrases cannot stand on their own, as they are dependent clauses!

You can place a participial phrase anywhere you want, even in the middle of the sentence. They can be separated by commas or dashes, like any other phrase. Here are some examples:

You can place this phrase in several places in a sentence, as long as they are next to the noun they are describing. A phrase that is not placed adjacent to the noun it details is called a misplaced modifier, or a dangling phrase. They cause confusion because the message is not clear, Consider the following example and the alternative:

Gerunds are verbs ending in “-ing” that are used as nouns. They are used differently than participial phrases. Look at the difference between these two examples:

Here “Searching for gold” is treated as a noun, not as a descriptive phrase for Derek.

In this example, “Searching for gold” describes how Derek is currently spending all his time in the field. Notice that it is separated by a comma as well.

Participial phrases, used correctly, can add more detail with less words. Having seen them yourself, try using them in your own writing to give it an extra kick. 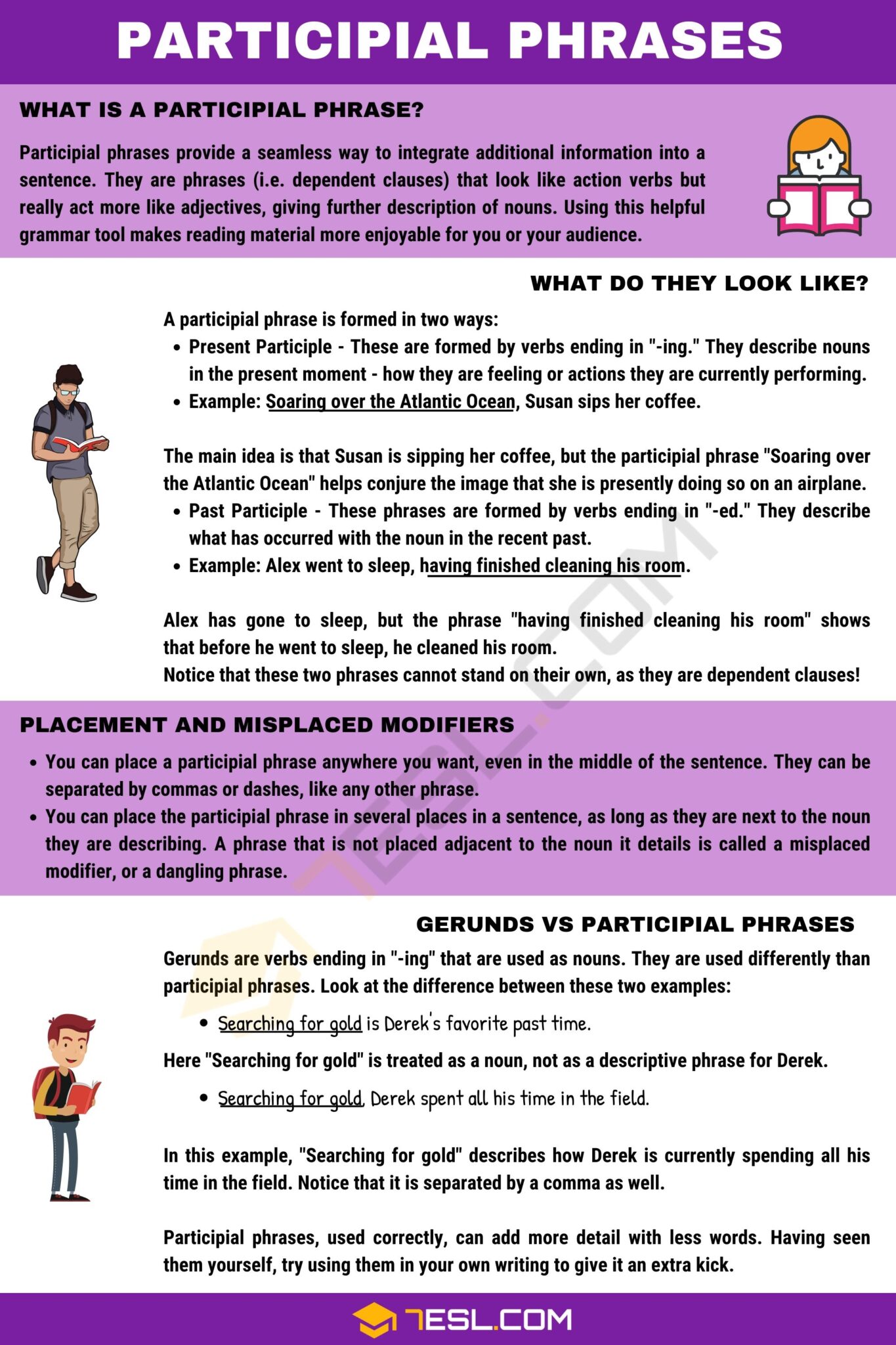