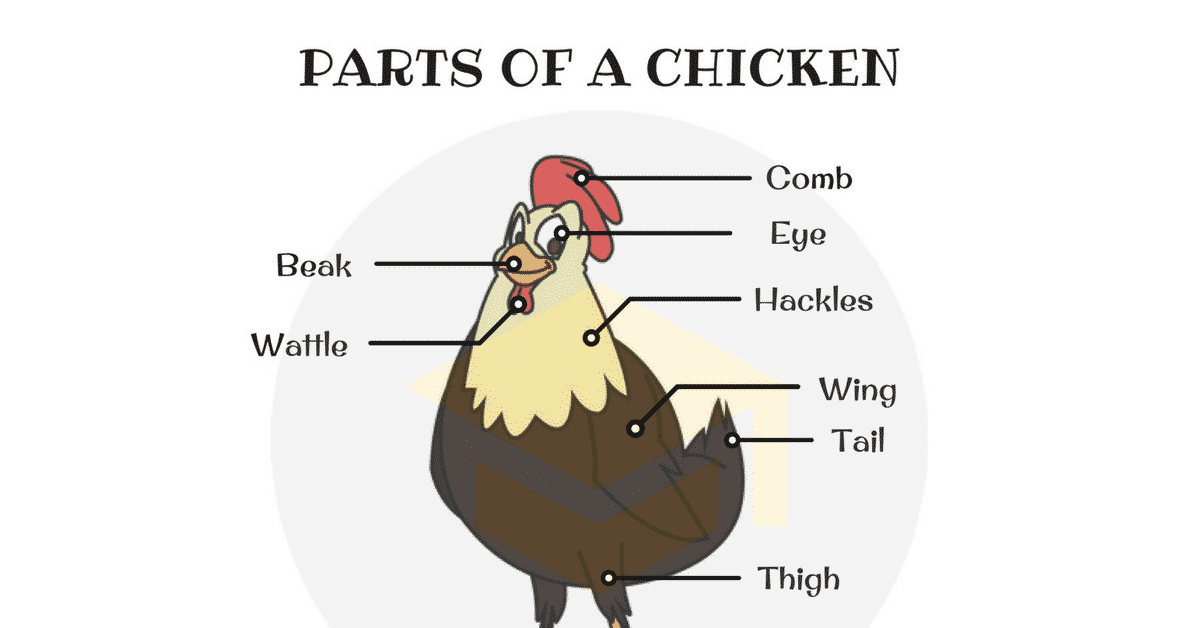 Chicken parts! List of different parts of a chicken with examples and chicken anatomy pictures. There are two main reasons for being able to refer to the different parts of a chicken in the English language, the first being in situations where you wish to describe these animals or understand a conversation about them. The second reason is that with chicken being such a popular food item all over the world, it is important to be able to talk about which parts you like and which you don’t. Here, you will be learning how to refer to the parts of a chicken in English.

Parts of a Chicken 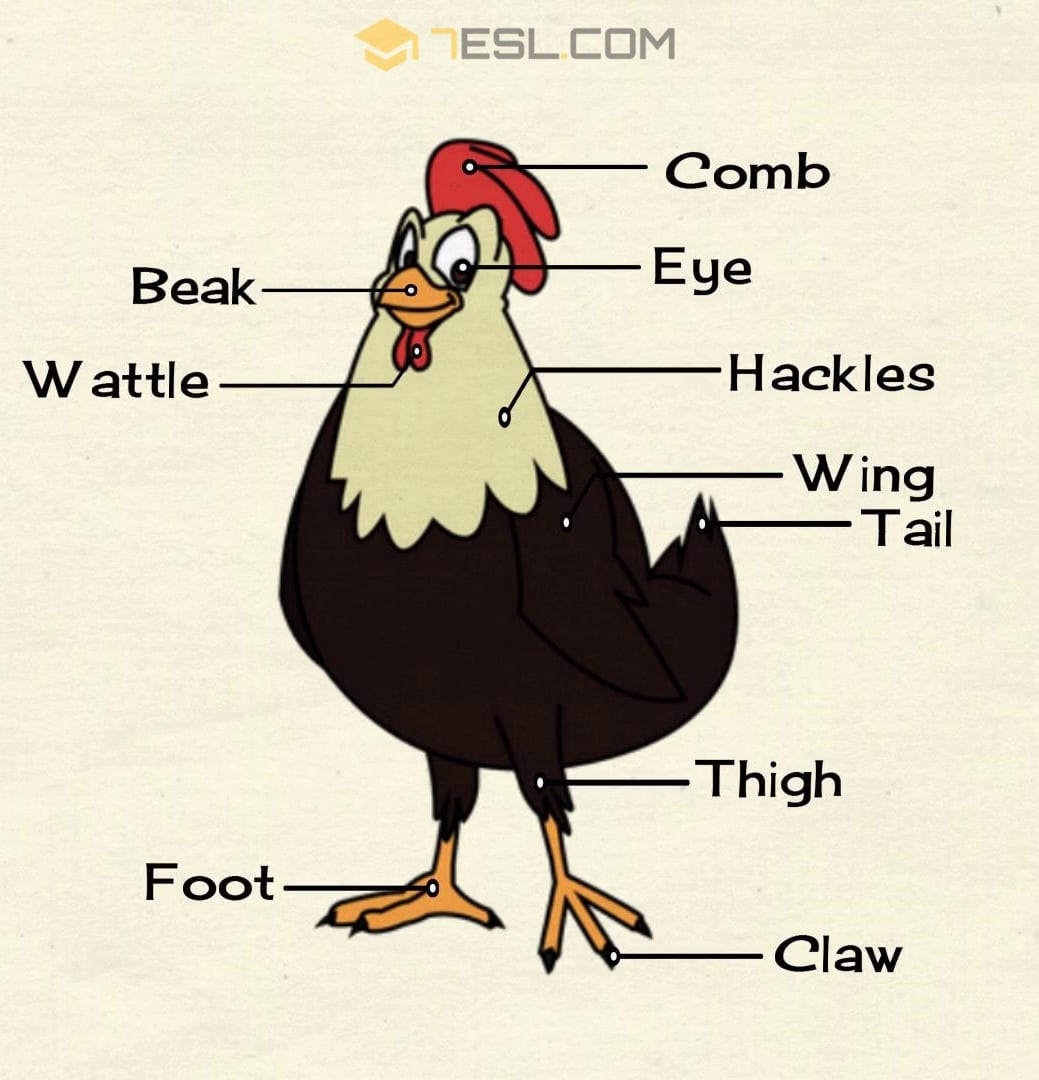 Parts of a Chicken Vocabulary with Pictures

Learn these chicken body parts names to improve and enlarge your vocabulary words about animal parts in English.

A chicken’s comb sticks up from the top of its head. The comb feels soft and smooth.

Like the eyes of all animals, chickens’ eyes contain light-senstive cells known as cones.

The hackle is the group of feathers found along the back and side of the neck.

The hen tucked her head under her wing.

The rooster fanned out its tail.

Chicken feet are used in several regional Chinese cuisines; they can be served as a beer snack, cold dish, soup or main dish.

The hen has a worm in its beak. 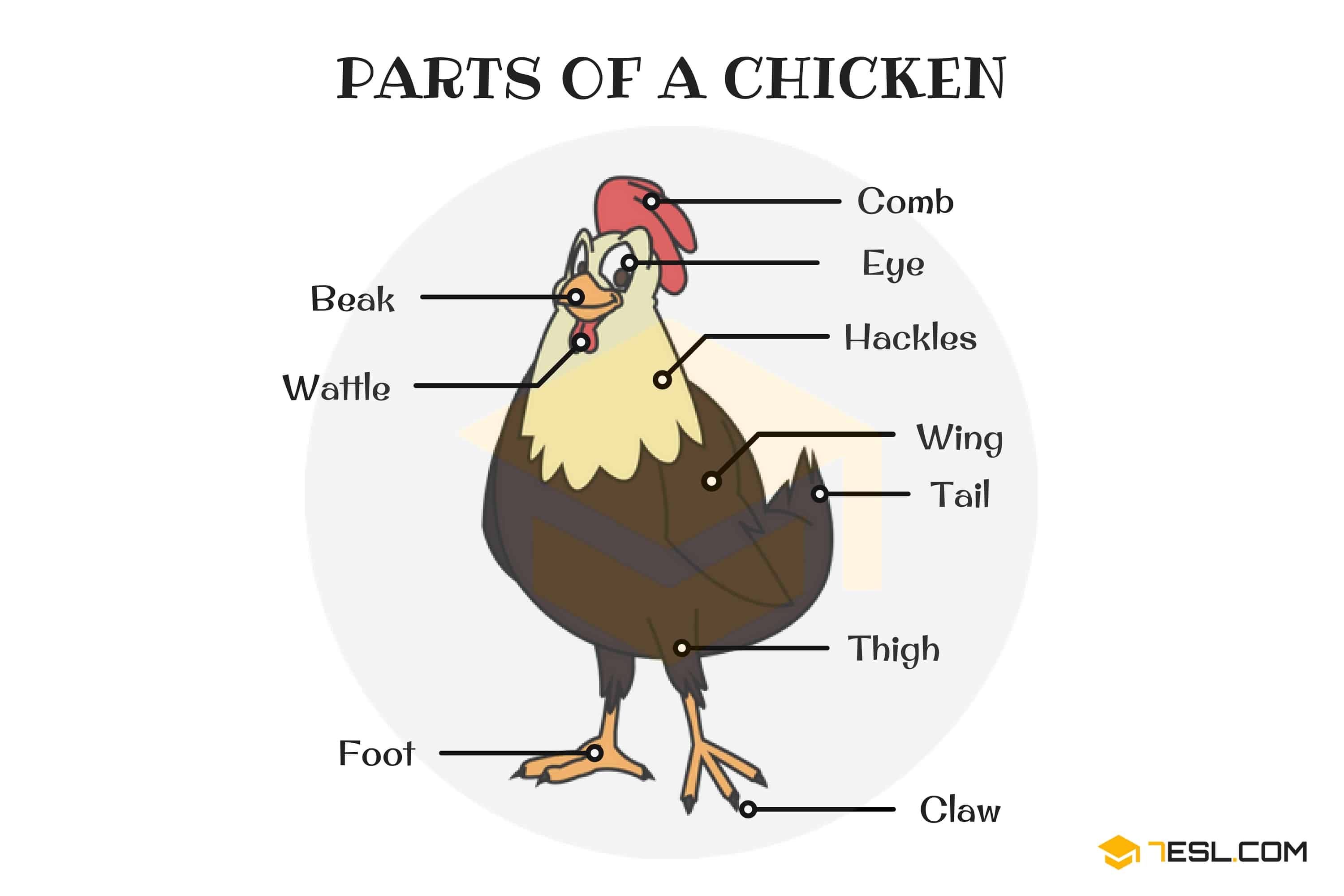 Learn different chicken parts, duck body parts, parts of a bird and parts of a bee with American English pronunciation.