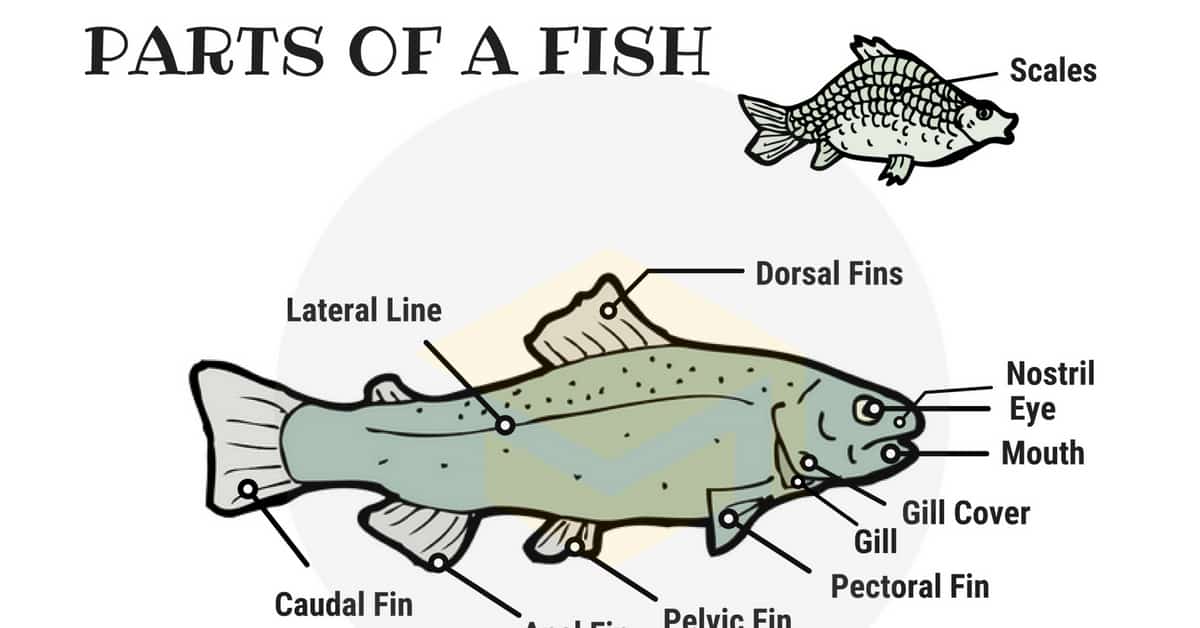 Parts of a Fish! List of different fish parts with fish anatomy pictures and examples. Being able to name the parts of a fish will not only improve your English and bring you well on your way to sounding like a native speaker but it will also prove useful in a variety of conversations. This could be at a fish market when buying them for food or it could be in a conversation about fishing or keeping them as pets.

In this section, you will be learning how to refer to the English names of the parts of a fish which is excellent for adding to your vocabulary.

Parts of a Fish 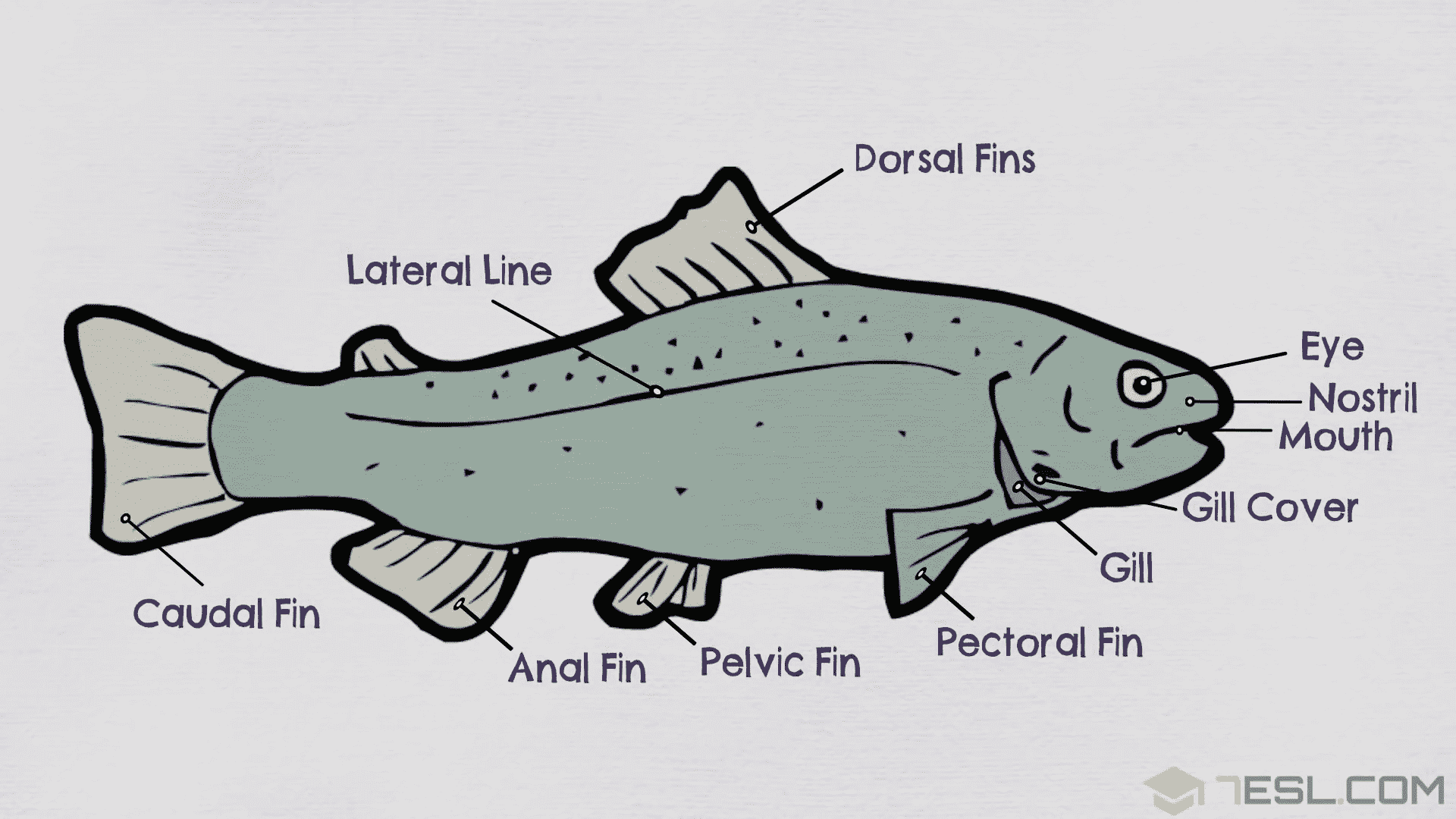 Parts of a Fish with Examples

Learn these fish body parts names to improve and enhance your English words about animal anatomy in English.

The fish primarily uses its caudal fins to achieve a quick speed.

The fish also has red tail, dorsal, and pelvic fins.

The fish uses these pectoral fins to clamber along the sea bottom.

The bichir, in fact, not only has gills like any other fish, but a lung as well.

They were sunfish, beautiful gold and green fish with a bright red spot on the edge of each gill cover.

Sucker mouths are a common feature in fish with inferior mouths.

Fish eyes are similar to the eyes of terrestrial vertebrates like birds and mammals, but have a more spherical lens.

The nostrils of fish are used for the sense of smell.

The shark has a pair of dorsal fins and pectoral fins.

The skin of most fishes is covered with scales, which, in many cases, are animal reflectors or produce animal coloration. 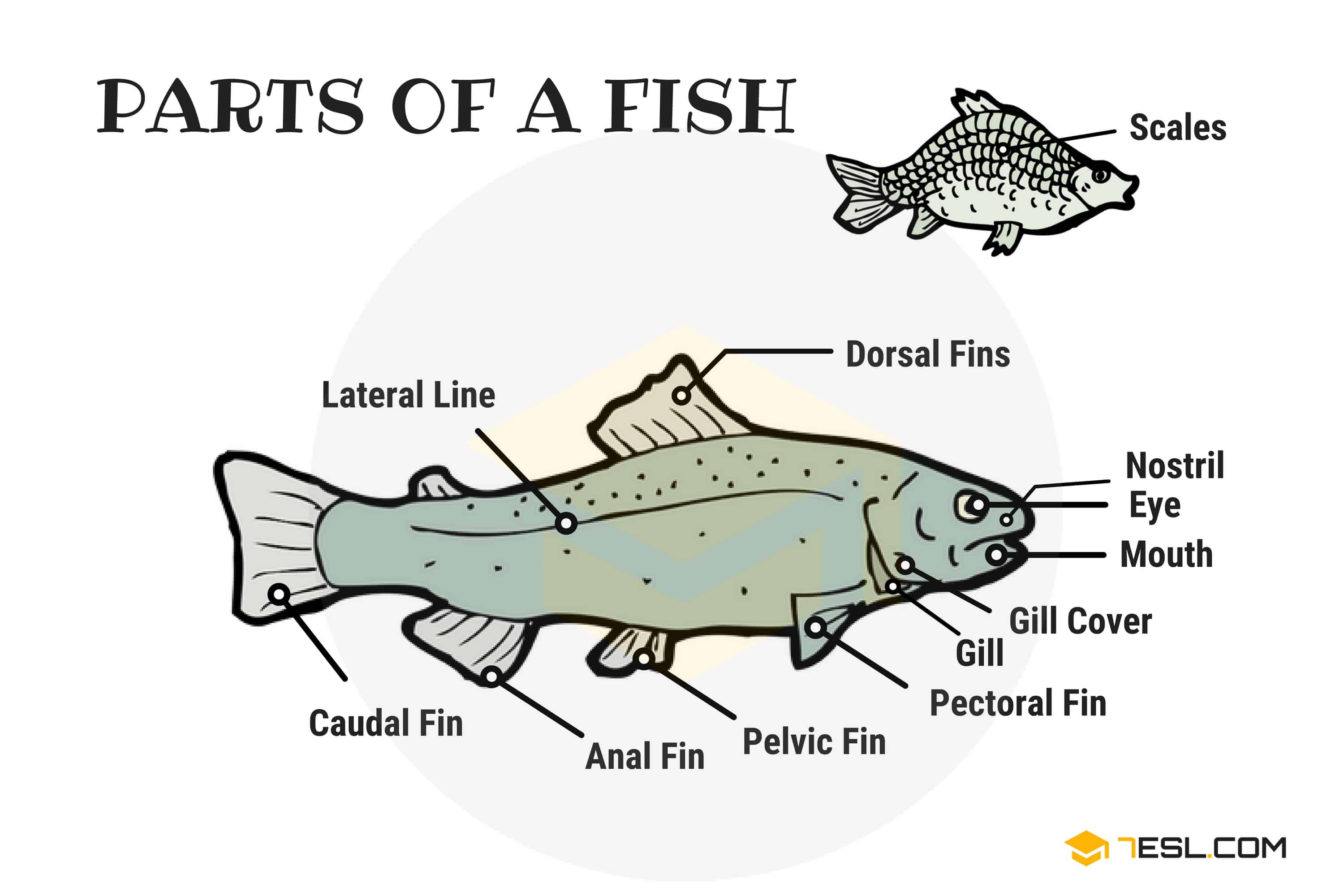 What is the part of fish that look like a thorn called?

how many fish are there?

and what are your names