Parts of the Face! Names of different face parts in English with ESL pictures and examples. Being able to refer to the various parts of the face using English words can be very useful when trying to describe what someone looks like, for example, by saying something like ‘she has a big nose.’ However, these can also be handy when talking about things such as makeup and where to apply it, in a medical situation where you need to tell a doctor about a problem on your face or just in general conversation. In this section, you will learn the English names for parts of the face.

Parts of the Face

Learn these parts of face names to increase your vocabulary words about the human body parts names.

Parts of Face Names with Pictures and Examples

– Her hair was tied back with a black ribbon.

– He had black hair, greying at the temples.

– Only use eyelash curlers if your lashes are very straight.

– I have been in my house like an iris in an eye with the eyelid shut.

– The smell of gunpowder filled his nostrils.

– Matt opened the door with a smile on his lips.

– Jean wore a string of pearls around her neck.

– There was a dark smudge on his forehead.

– She lifts her eyebrows and looks the place over.

– His eyelids began to droop.

– She tucked her hair behind her ears.

– She gave him a punch on the nose.

– She’s got a very determined jaw.

– Keep your mouth shut and your eyes open.

– He rubbed his chin thoughtfully.

– He’s shaved off his moustache.

– She had a tiny mole on her cheek.

Learn more with different parts of the body in English.

Parts of the Face | Picture 1 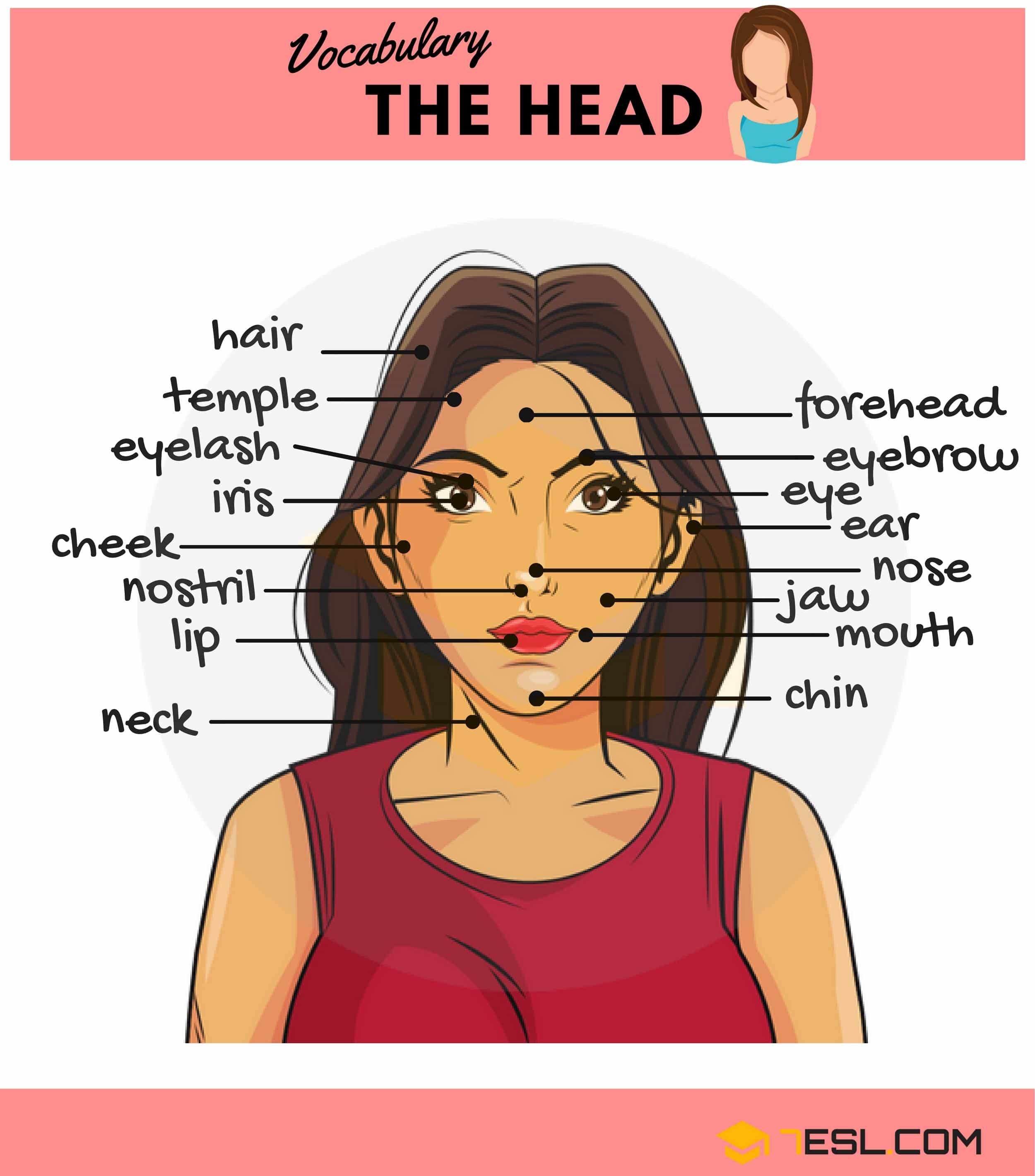 Parts of the Face | Picture 2 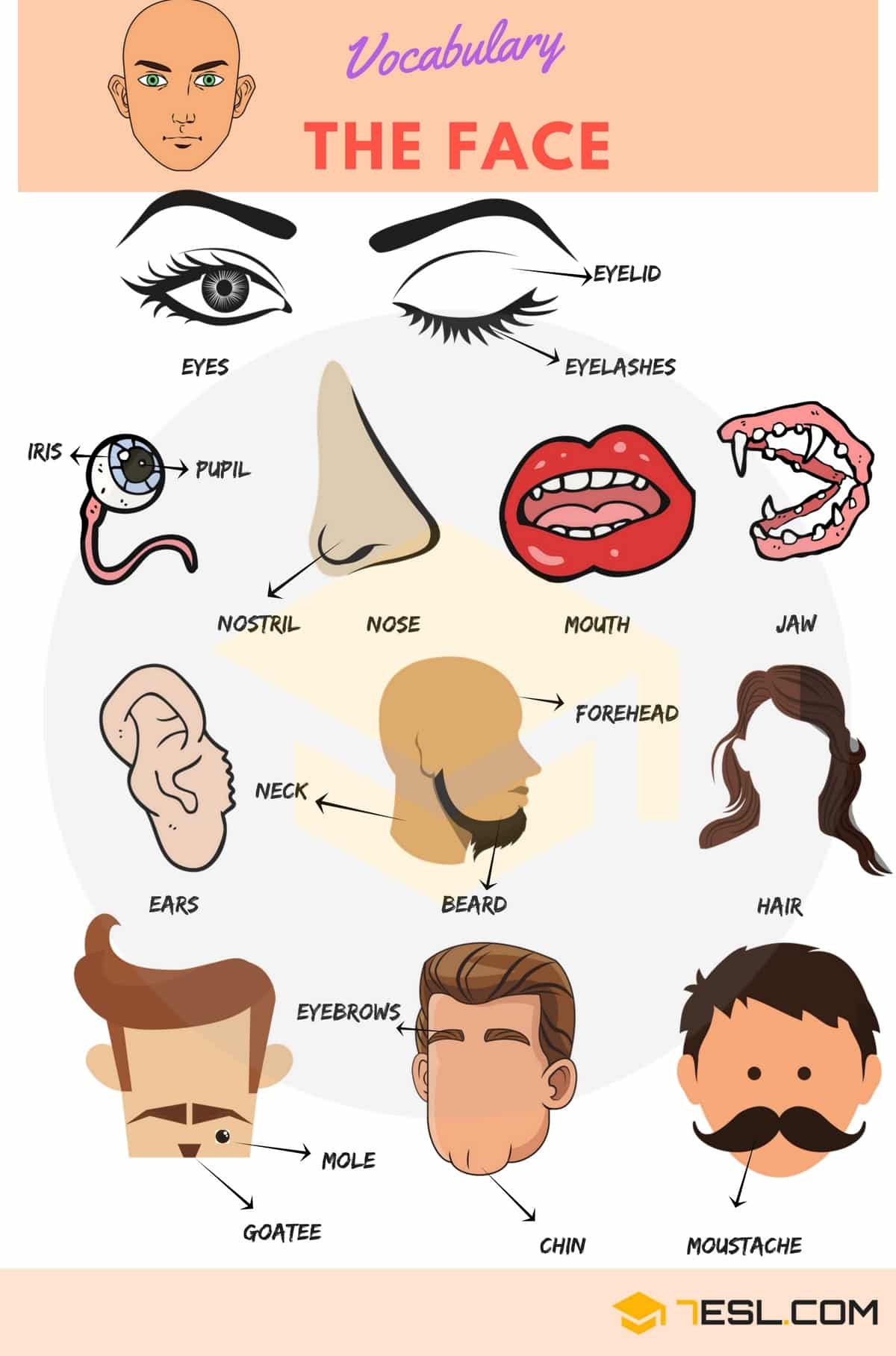 Parts Of The Body in English

Learn different parts of the body with pictures.

you forgot about double chin