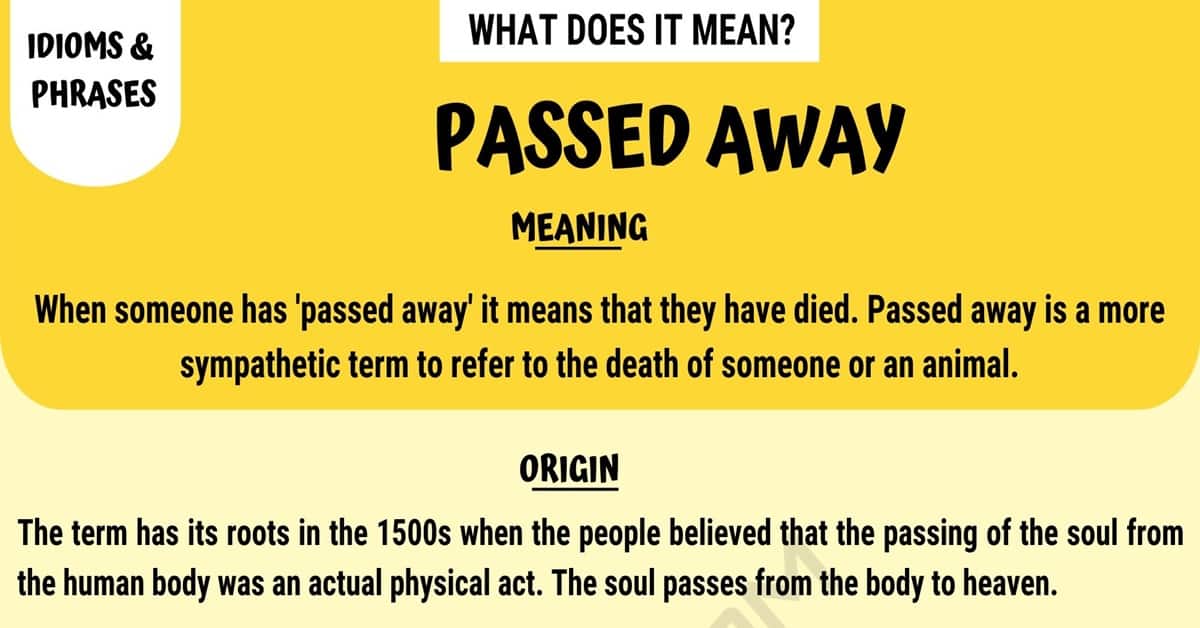 Have you ever heard someone use the term ‘passed away’ and wondered what it was they were referring to? We are going to take a look at the meaning of this saying as well as where it came from in the first place. We will also look at how the term can be used in an every day conversation.

When someone has ‘passed away’ it means that they have died. Passed away is a more sympathetic term to refer to the death of someone or an animal.

The term has its roots in the 1500s when the people believed that the passing of the soul from the human body was an actual physical act. The soul passes from the body to heaven.

Here is a statement being made by a mother to her son.

This next statement is taken from a news article.

There are many instances where you might hear the term ‘passed away’ during a conversation. Here are some examples to show how it might work.

The first conversation is between a man and a doctor.

Here is a conversation being held between two friends.

Other Ways to Say “Passed Away”

There are many other ways in which you might express the meaning of the phrase ‘passed away.’

Here are some examples of other things you can say. 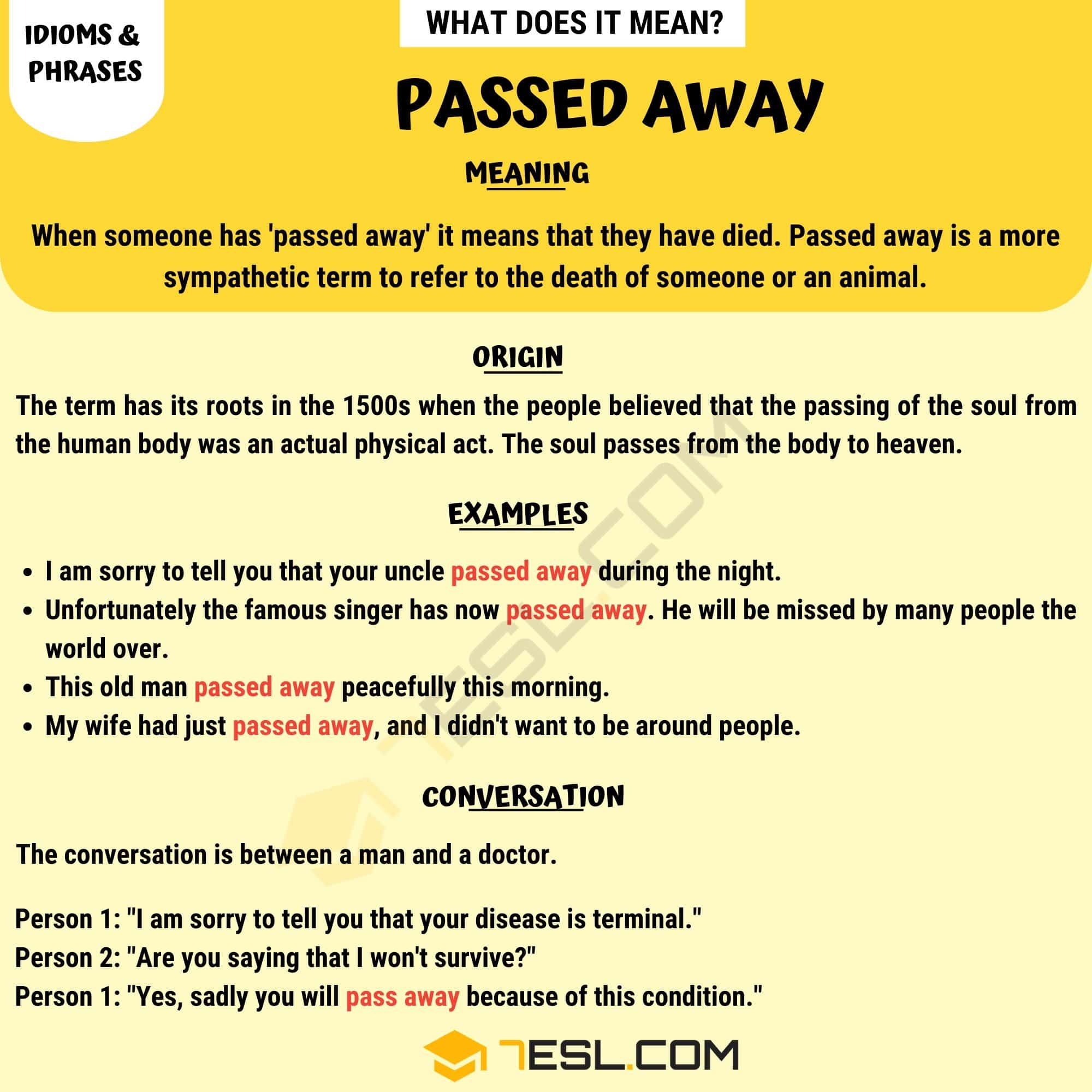