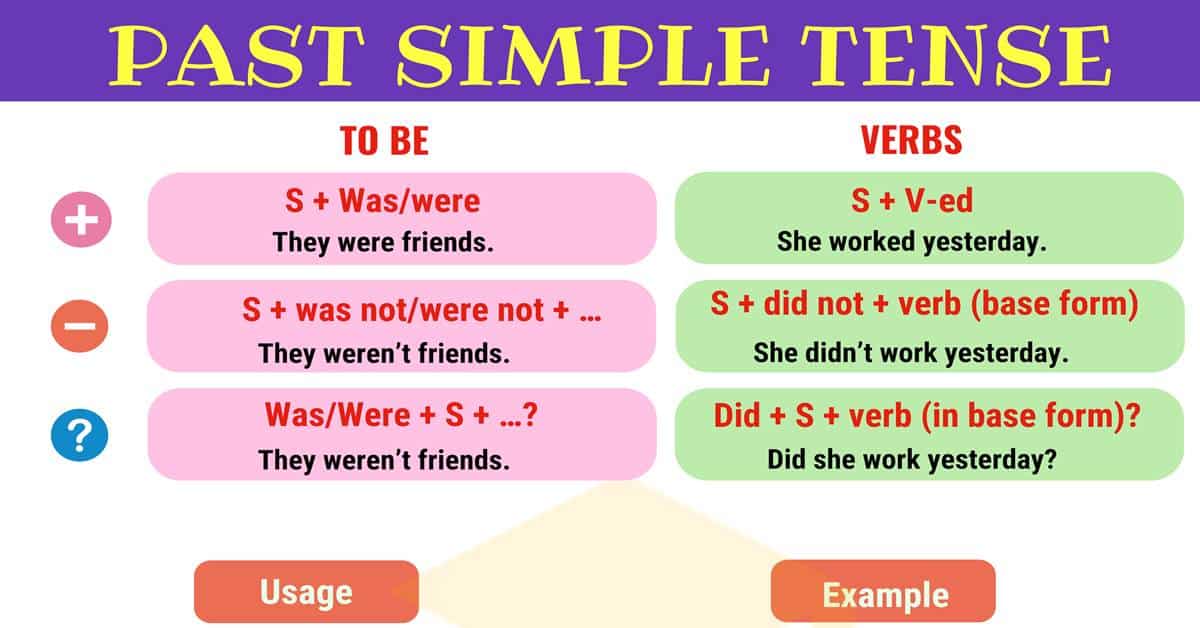 Past Simple Tense! When talking about an action which has happened in the past, you will need to use the past simple tense. However, before you can begin confidently using this tense, it is important to learn the rules which surround it. As with any part of English grammar, the rules of the past simple tense should be applied each time it is used in order to ensure that you are forming grammatically correct sentences. In this section, we are going to show you how to do this effectively.

Learn useful grammar rules to use the Simple Past Tense in English with example sentences and ESL printable worksheets.

In English grammar, the Simple Past (or Past Simple) is the basic form of the past tense. It is used principally to describe events in the past, although it also has some other uses.

What is the Past Simple Tense?

The simple past tense shows that an action started and completed in the past and has no relevance to the present time at all. It can also be used to describe how someone felt, what their emotional condition was, at a point in the past. There are no forms of the verb to be’ or to have’ with this tense as there are with others (e.g. walked).

The simple past can be used with adverbs to describe a time already in the past (e.g. I walked to the market last Saturday) or discussing a specific point in time (e.g. I studied today).

In the section below are several examples illustrating some ways in which the simple present tense can be used. In the final section are several practice questions that will give some focus to how you can identify the simple past verb tense looks like when used correctly. It is always highly recommended to refer to a thesaurus or dictionary when becoming more familiar with not just a second language but one’s primary language as well.

Simple Past Tense with “TO BE” (was/were)

Simple Past Tense with Regular Verbs

Regular English verbs form the simple past in –ed; however, there are a few hundred irregular verbs with different forms.

Did she work yesterday?

Past Simple Tense with Irregular Verbs

There are a few hundred irregular verbs with different forms.

They went to Spain for their holidays.

They didn’t go to Spain for their holidays?

Did they go to Spain for their holidays?

Examples of the Past Simple Tense

How to Use the Simple Past Tense

The Simple Past Tense Usage

The Simple Past is used:

I saw a ghost last Friday.

I finished work, walked to the beach, and found a nice place to swim.

When I was young, I watched lots of television every day after school.

He had a small cottage in the woods.

Time Expressions with Past Simple Tense

The Past Simple Tense | Picture 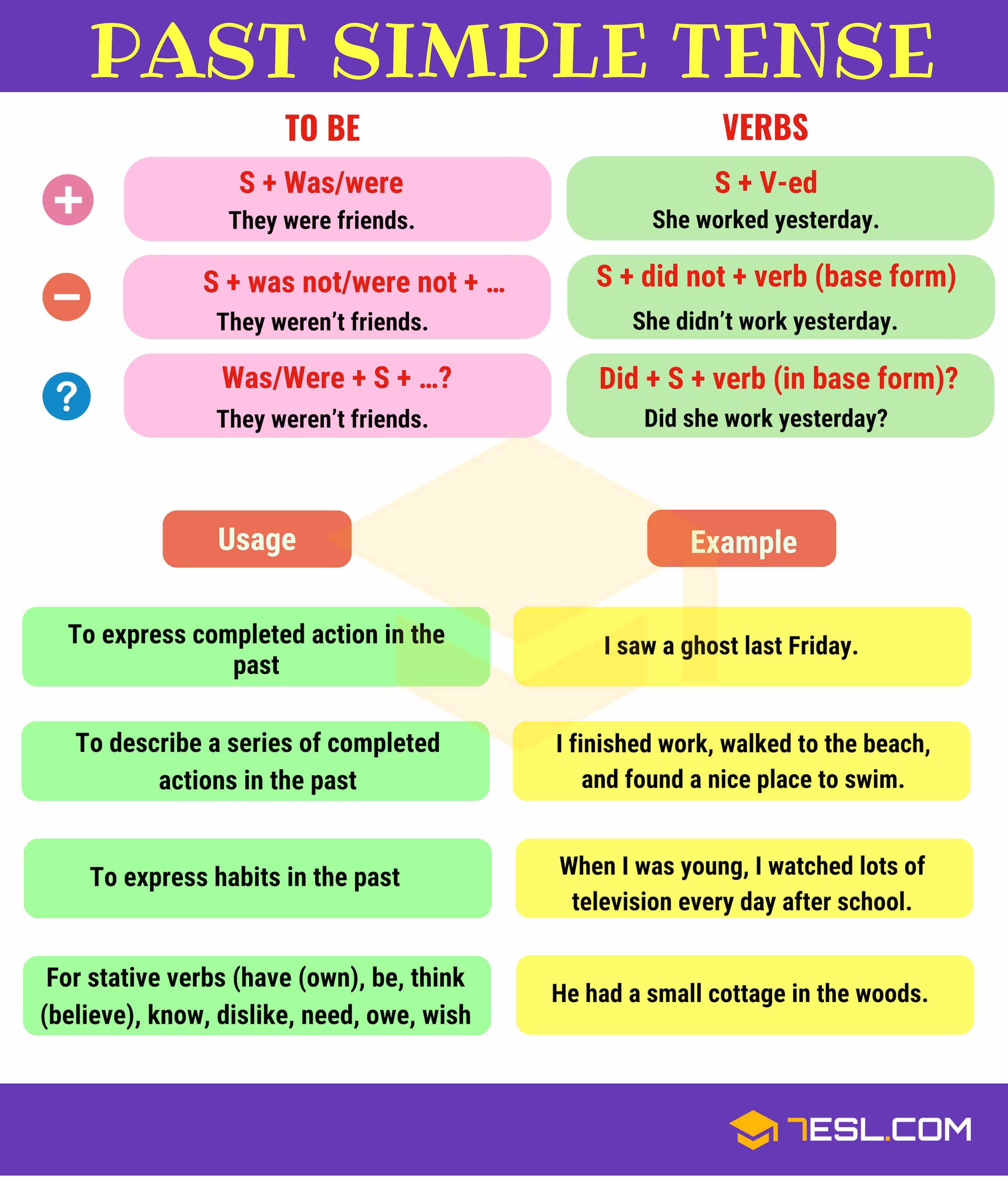 Instructions: The following questions are all fill-in-the-blank and require selecting ONE of the four answers presented. Some questions will have two blank spaces with combination answers to choose from.

All Tenses in English

She began to clean her house when all

most helpful for my daughter

it was helpful to me