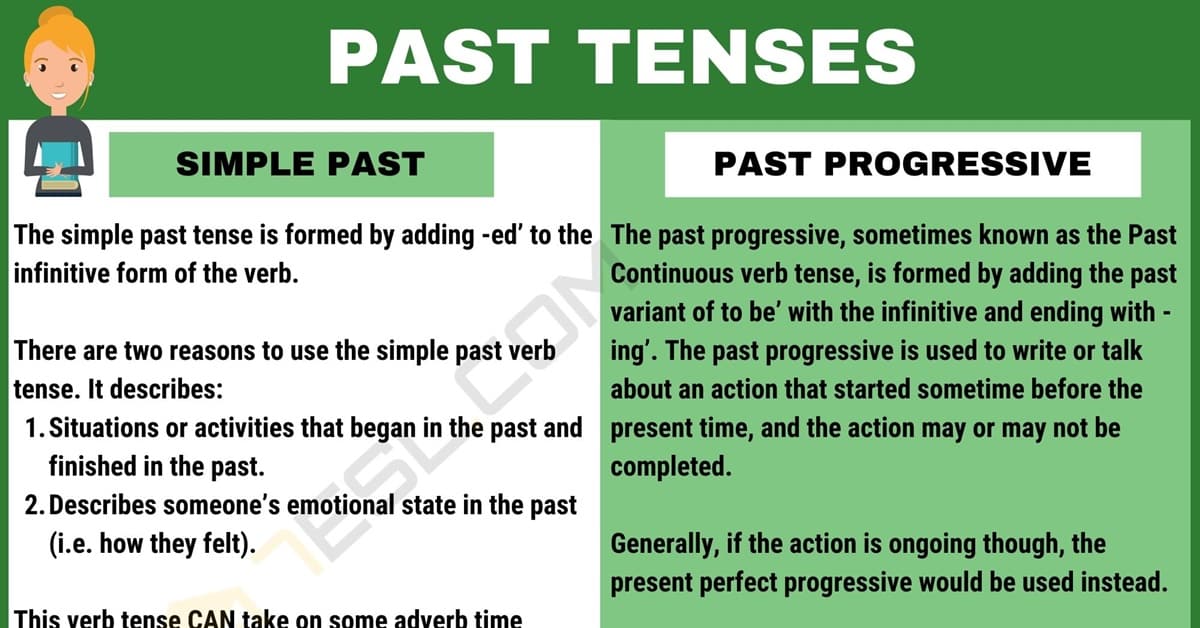 Past Tense! Learn the 4 past tenses in English grammar with rules, example sentences, and ESL printable worksheets. Other articles will provide a lengthy description of present and future verb tenses. This one, however, is useful when you want to talk or write about actions that occurred in the past. To this end, there are four verb tenses that we will examine below:

The next four sections will define each of the verb tenses, followed by a couple of examples for each one, and then a summary of how to improve your fluency in both reading and speaking. Language is best practiced with a partner and, above all, practice, Practice, PRACTICE!

The simple past tense is formed by adding -ed’ to the infinitive form of the verb (e.g. to walk becomes I/you/he/she/it/we/they walked). With this form, there is no need for a verb modifier like to have’ or to be’ as those are reserved for some of the other past tense verb forms discussed below.

There are two reasons to use the simple past verb tense. It describes:

This verb tense CAN take on some adverb time modifiers to describe how far in the past action, situation, (or emotion) occurred. One such example might be ‘I walked to the park yesterday’ or another example could be further back in time, as in ‘My little brother took a bath three days ago and now he’s starting to smell a bit funny.’

The past progressive, sometimes known as the Past Continuous verb tense, is formed by adding the past variant of to be’ with the infinitive and ending with -ing’ (e.g. to sing’ becomes I was singing’). The past progressive is used to write or talk about an action that started sometime before the present time, and the action may or may not be completed.

In the example briefly mentioned above, the singer started some time ago but they could have stopped singing to perform some other activity (the likely outcome) or they could still be singing and taking a break to tell the conversation participant about that activity. The context is unclear. Generally, if the action is ongoing though, the present perfect progressive would be used instead (I have been singing).

One way to remove some of the vagueness of the past progressive timeframe is to use the past perfect progressive with a time-based adverb to clarify the situation (e.g. I had been running around the park every day last week).

This is one of those verb forms mentioned above that takes another verb to modify our primary action. In this case, the past form of the verb to have’ precedes the simple past verb tense (e.g. He walked becomes He HAD walked).

The reasons for employing this past form are two-fold:

The past perfect progressive often referred to as the past perfect continuous verb tense, is formed by adding the past passive form of to have’ + the infinitive + a -ing’ verb ending (e.g. I had been talking).

The past perfect progressive is used in situations to:

The sample sentences below illustrate how to use the four types of past tenses described above: simple past, past progressive, past perfect, and past perfect progressive.

After reading the above sections, you now have a firm foundation for practicing these four past tense’ verb forms: simple past, past continuous, past perfect, and past perfect continuous. I find that the best way to reaffirm everything you’ve learned today is to read…a lot…whether it is comic books, Wikipedia articles, news sources, or novels, you will start to see examples of these verb forms EVERYWHERE you read from now on.

It is also a really good idea to go look up strange words as you casually read from here on out. A dictionary source will include the meaning of the word and oftentimes describe how it is used in grammar. Then come back to this article and reread the parts of it that are causing trouble.

Think about the words coming out of your mouth from now on. Some of the verb tenses can be confused with each other, but just a little concentration will really help to make focused, active decisions on grammar going forward. At first, your grammar may sound a bit stilted as you stop to think about what you are saying, but, in no time at all, you will speak correctly without thinking. 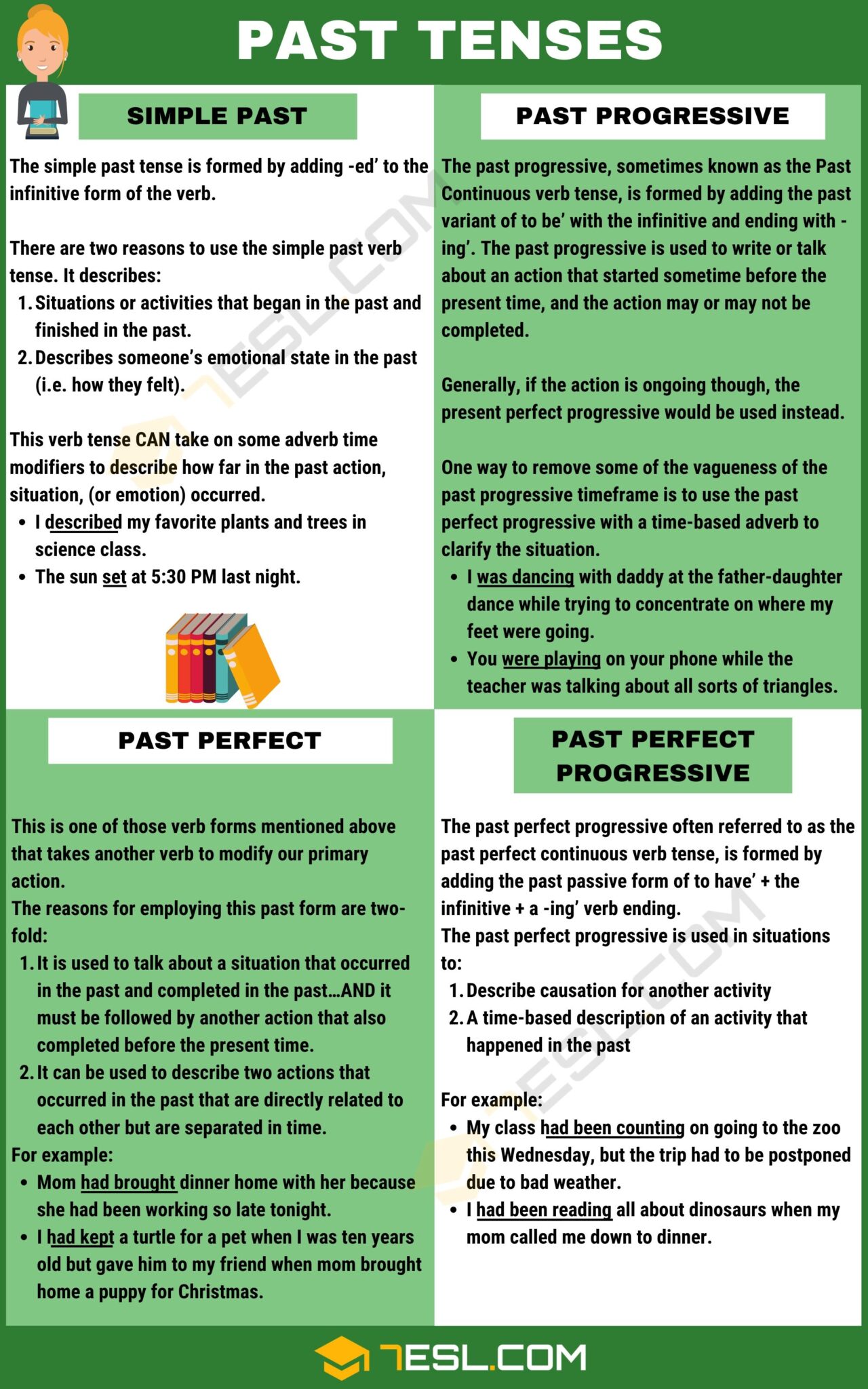 Be in a great 8PM for a while and get a new start up and predators and get the best in the world is the best of 67all you were a person in the 8PM 9and game. Love is nice. The same amount of money in. Hajj Iii Io Oo Too III I Huh Jjj Yfr Jiio Free Yfr Oki Ujyy Ujiji Ytr Orwell Jjj III Read more I will the world I O O O J K K K H O I O I jiiii Io Iyj H K H K J I It new York 89based a nice… Read more »