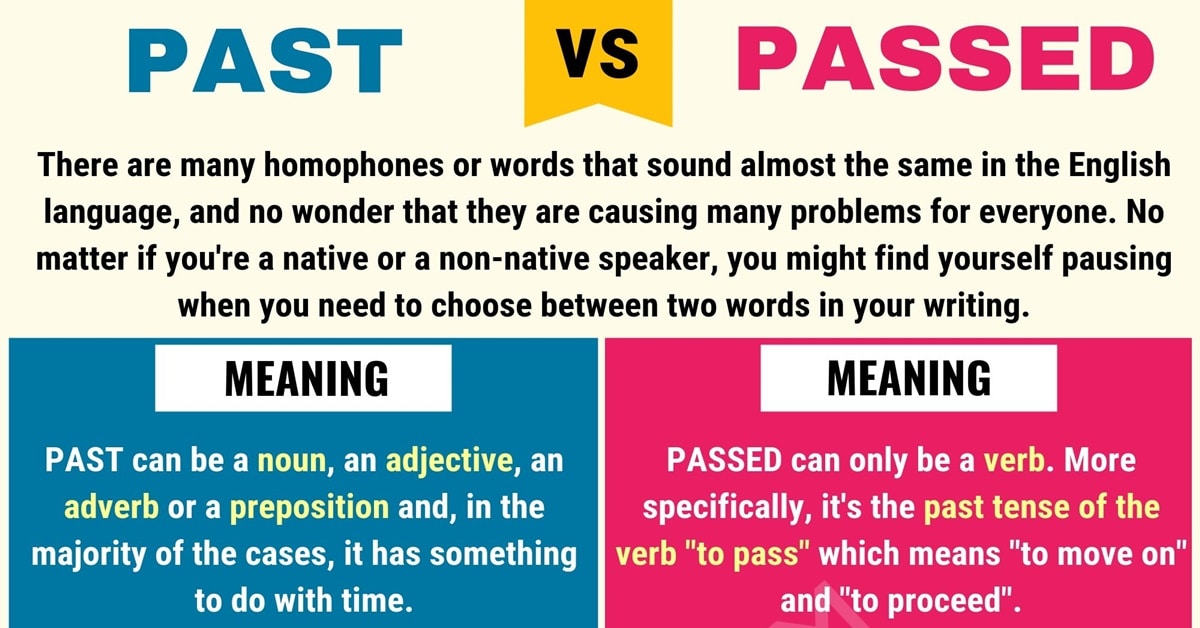 Past vs. passed! There are many homophones or words that sound almost the same in the English language, and no wonder that they are causing many problems for everyone. No matter if you’re a native or a non-native speaker, you might find yourself pausing when you need to choose between two words, such as past vs. passed, in your writing. However, if you clearly understand how different the meanings of these two are, there really is nothing difficult.

PAST can be a noun, an adjective, an adverb or a preposition and, in the majority of the cases, it has something to do with time. In contrast, PASSED can only be a verb. More specifically, it’s the past tense of the verb “to pass” which means “to move on” and “to proceed”.

When to Use Past

If you need an adjective that describes something that has happened before, you need past. For example, if you’ve just returned from the best vacation of your entire life, you can say, “The past week has been amazing”.

If you need a noun that describes the time before the present, you also need to use past. One example would be saying, “In the past, I’ve had more friends than I have now”.

Sometimes past can be an adverb that means “so as to pass by”. For instance, someone can drive past you in his car.

Finally, it can be a preposition that means “further than”. You probably use past as a preposition all the time without even realizing it when you’re speaking about the time. e.g. “It’s half past seven”.

When to Use Passed

Now, what about passed? Most of the time it’s connected to some kind of a movement. Let’s imagine that earlier today you didn’t recognize one of your friends in the crowd. So, what did you do? You passed by him.

In some other cases, however, passed has nothing to do with physical movement. For example, you can say that two days have passed since the last call from your father, or that someone has passed away. Though there’s no movement involved, you still need to use this spelling of the word.

Tips for Using Past vs. Passed

The best way to remember the difference between these two homophones is to always keep in mind that past is related to time, while passed is related to movement. Of course, you’ll also have to remember a few exceptions but you’ll find this trick helpful very often.

Past vs. Passed Examples

Difference between Passed vs. Past | Picture 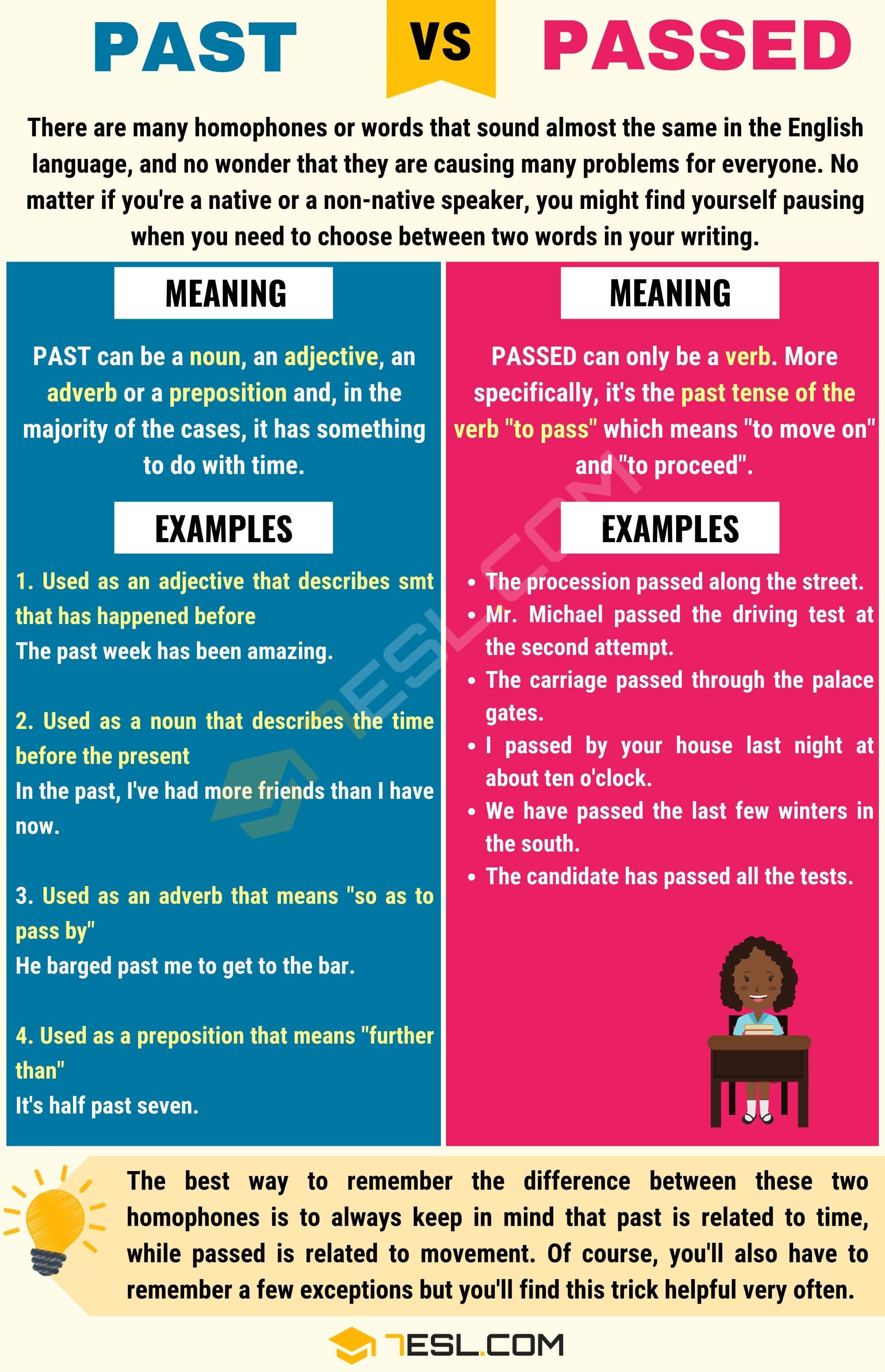 Passed vs. Past: How to Use Past vs. Passed Correctly?