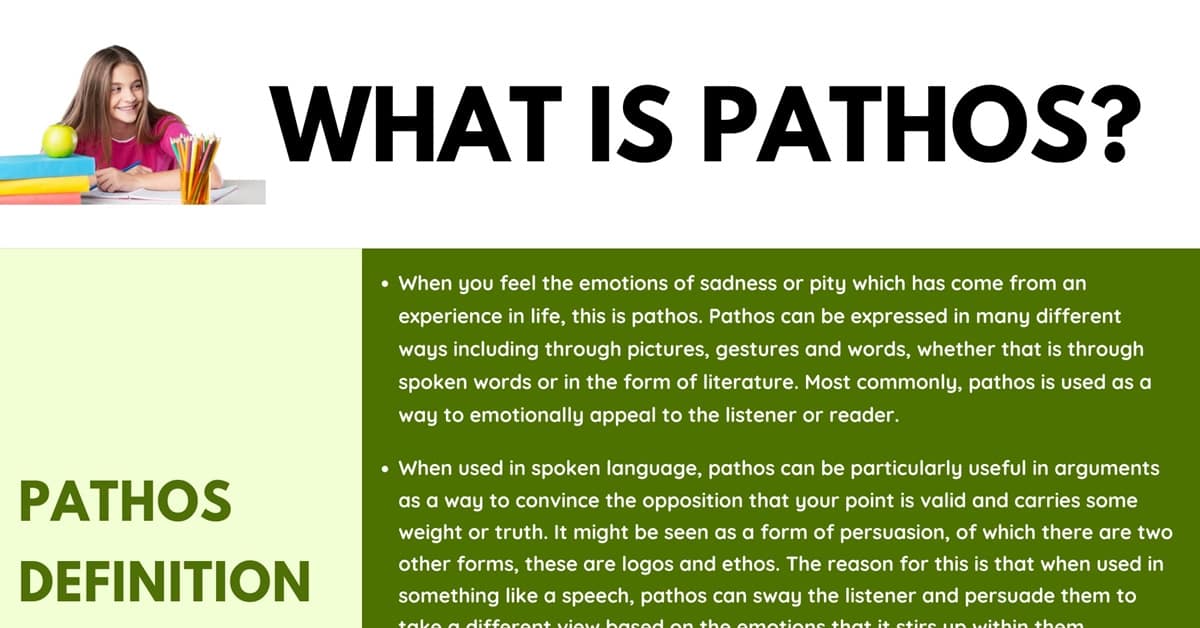 Have you ever heard of the concept of pathos? If you have, you may have wondered what it is. In this article, we are going to take a look at the meaning of pathos and how it is used in both spoken language as well as how it can be used as a literary device. We are also going to explore a number of examples to further show us how pathos can function.

When you feel the emotions of sadness or pity which has come from an experience in life, this is pathos. Pathos can be expressed in many different ways including through pictures, gestures and words, whether that is through spoken words or in the form of literature. Most commonly, pathos is used as a way to emotionally appeal to the listener or reader.

When used in spoken language, pathos can be particularly useful in arguments as a way to convince the opposition that your point is valid and carries some weight or truth. It might be seen as a form of persuasion, of which there are two other forms, these are logos and ethos. The reason for this is that when used in something like a speech, pathos can sway the listener and persuade them to take a different view based on the emotions that it stirs up within them.

Pathos can also be used as a literary device and this is often the case in many pieces of writing (we will look at some examples of this later on.) When used as a literary device, pathos can be used between characters, particularly in pieces like plays and stories, allowing one character to appeal to the emotional nature of another and therefore persuade and influence their decisions and thoughts. It is also used in writing as a way of making the piece feel more dramatic and this can further cause the reader to get on side with the thought or argument that is being proposed.

Examples of Pathos In Spoken Language

As we mentioned, pathos can be used in spoken language such as speech or arguments as a way of convincing or persuading the listener by appealing to their emotions and causing them to feel sadness, empathy or pity. We are now going to take a look at some examples of how pathos might be used in a spoken context.

Examples of Pathos In Literature

When used as a literary device, pathos can be an effective tool to cause the reader to feel a strong sense of emotion as a result of what is being discussed. Good pathos will make use of persuasive and emotionally appealing language, therefore making it more successful. There have been many examples of the use of pathos in various pieces of literature, we are now going to take a look at some of these.

In this article, we have learnt that pathos is one of three forms of persuasion and it is a way of appealing to the emotions of the listener or reader. By invoking a feeling of pity, empathy or sadness, the speaker of writer is able to bring their audience around to their way of thinking.

Pathos has been used widely as a literary device and also in many spoken contexts. 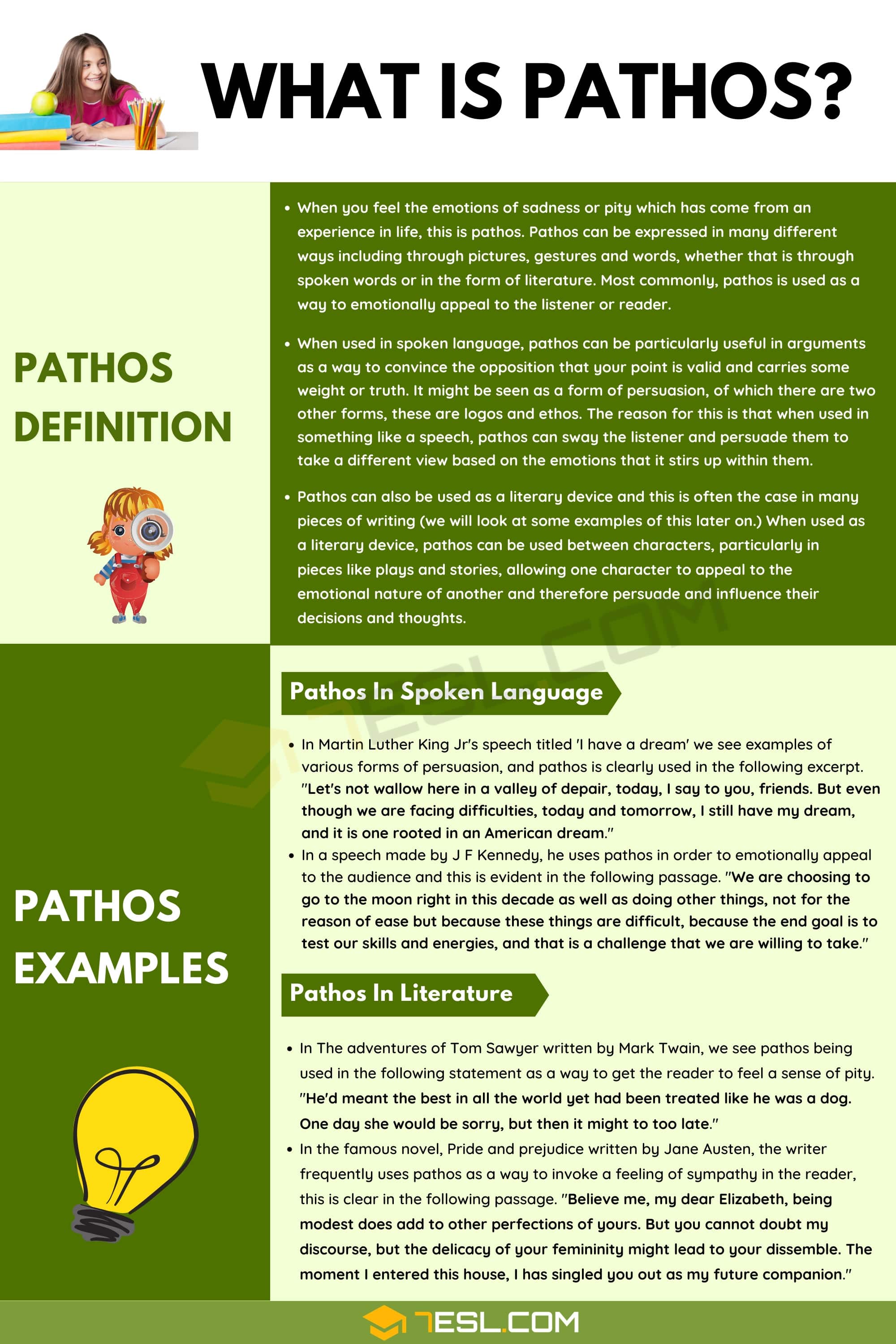 hey thanks for this! i’m gonna use more pathos from now on in my letter writing campaign to local, state and national leaders in calling for more dialog, access and scientific methodology in our policy making, both foreign and domestic.

Nice it was a good explanation