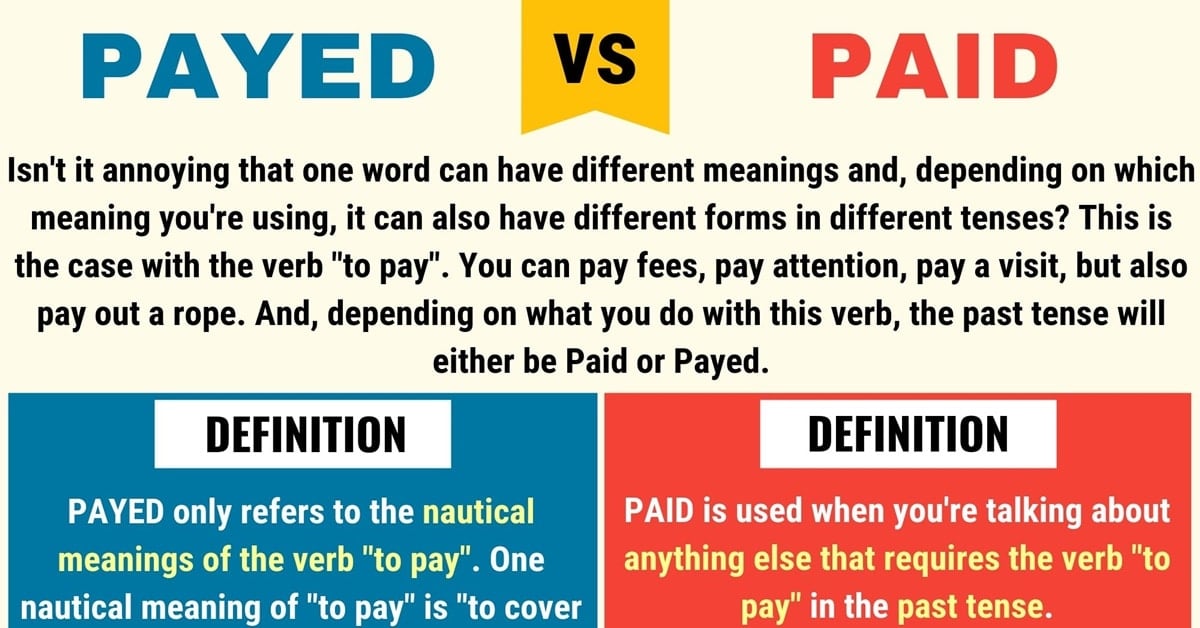 Payed vs. paid! Isn’t it annoying that one word can have different meanings and, depending on which meaning you’re using, it can also have different forms in different tenses? This is the case with the verb “to pay”. You can pay fees, pay attention, pay a visit, but also pay out a rope. And, depending on what you do with this verb, the past tense will either be paid or payed. How to know the difference?

One nautical meaning of “to pay” is “to cover with tar”. So, if someone covered the deck with tar, you can say that they payed the deck.

The good news is, you probably don’t use the nautical meanings of to pay too often. Even if you do, the spelling paid is also acceptable in these cases. So, in order to avoid confusion and misunderstanding, it’s best if you use paid all the time.

Difference between Paid vs. Payed | Image

How to Use Payed vs. Paid in English? 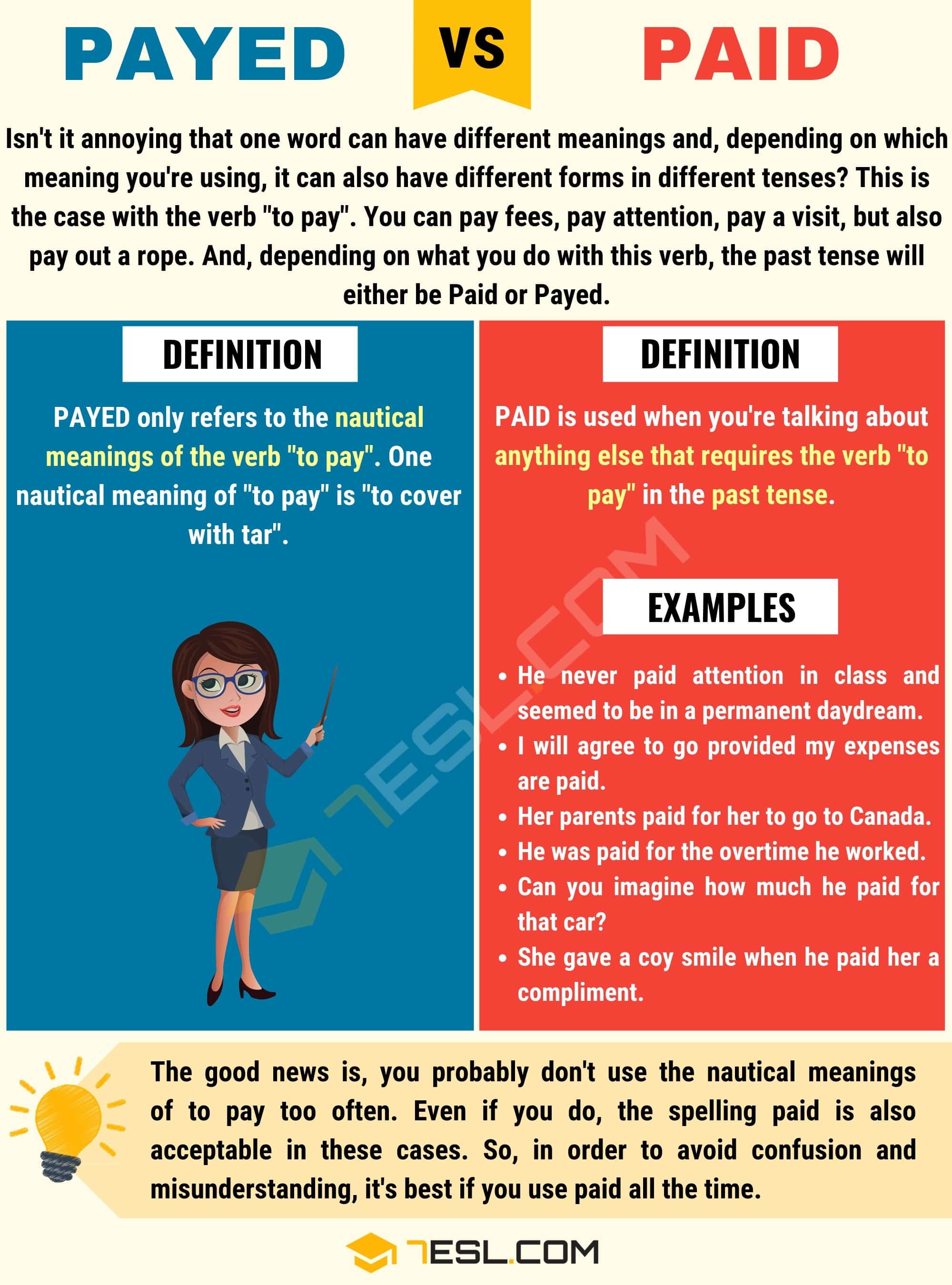 death to the commies