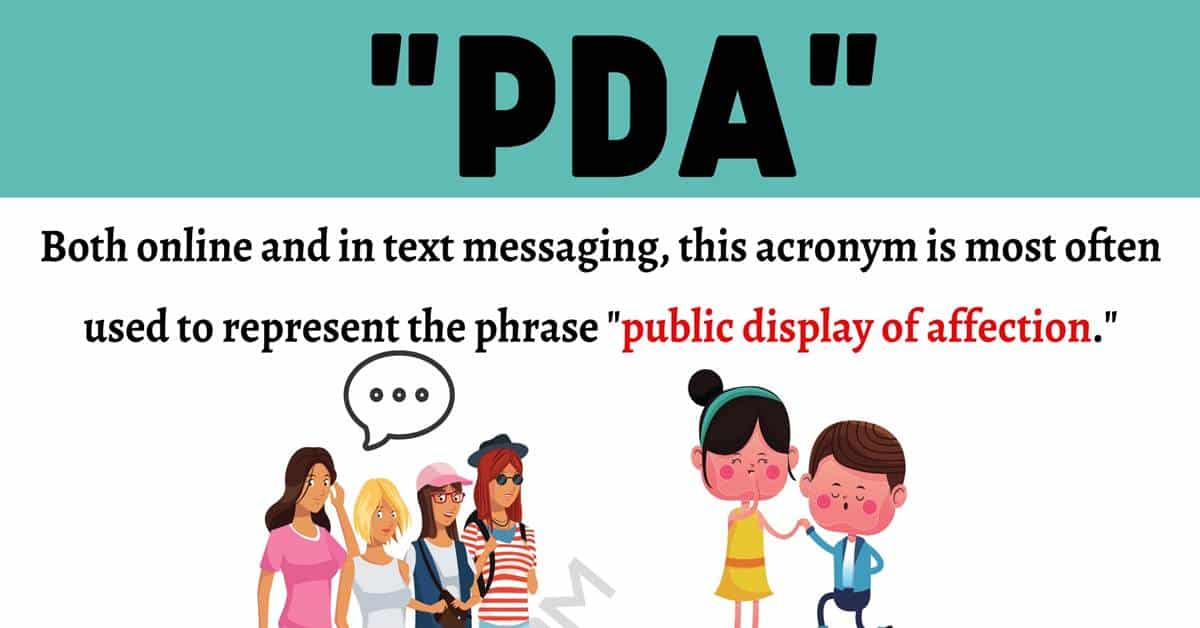 The acronym “PDA” is one of those acronyms that was used as a part of face-to-face conversation before it transitioned to being used on the internet for the same purpose. If you are someone who has just recently encountered this phrase for the first time and you came here looking for the meaning, then you are in luck Here you will find the meaning of this term, but you will also find the story of its origin and some other meanings. Further down, you will see some conversation examples which have been added so that you can see how the term is used in context to enhance your knowledge of its meaning. Lastly, you will see some phrases that can be used in place of this acronym and the phrase it represents that will help you to relay a similar message to the original terms.

What Does PDA Mean?

Both online and in text messaging, this acronym is most often used to represent the phrase “public display of affection.” This phrase is used to define physical romantic acts between two people, most often a couple, in the public view of others.

The phrase “public display of affection” has been used since at least 1984 as shown by a piece in the New York Times. The acronym mentioned above was first used to represent this phrase in 1992. It has been used widely in face-to-face and electronic forms of communication since.

Like most other acronyms, this term can be used to represent a wide variety of other phrases, including some that are used to represent more specific or technical things such as business names, practices, or processes. There are too many to list all the possibilities of everything this term can stand for, but some examples are “Personal Digital Assistant,” “Progressive Democrats of America,” “Payday Advance Loan,” “Priority Development Area,” and “Public Display Assistant.”

A text message conversation between girlfriend and boyfriend. 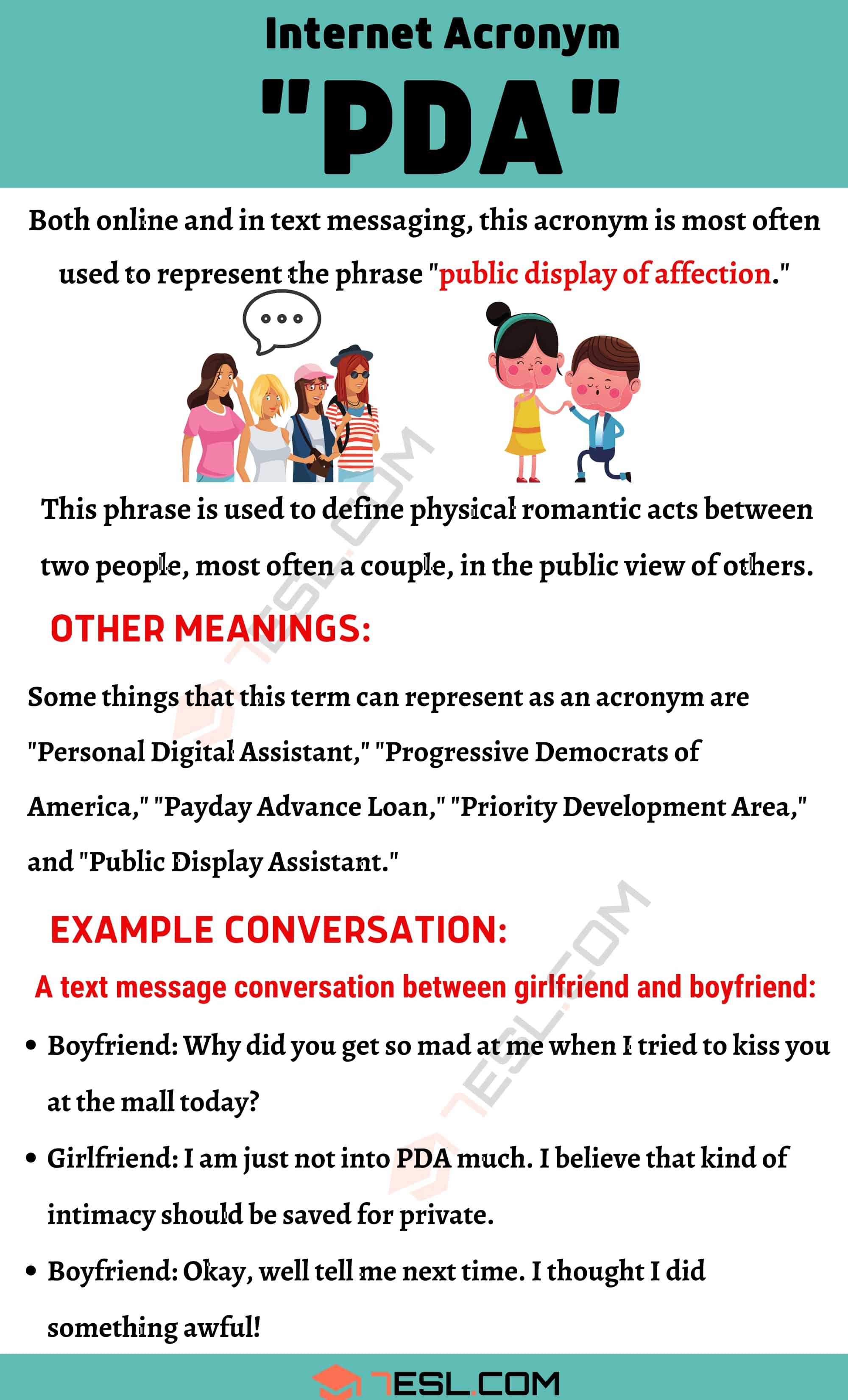