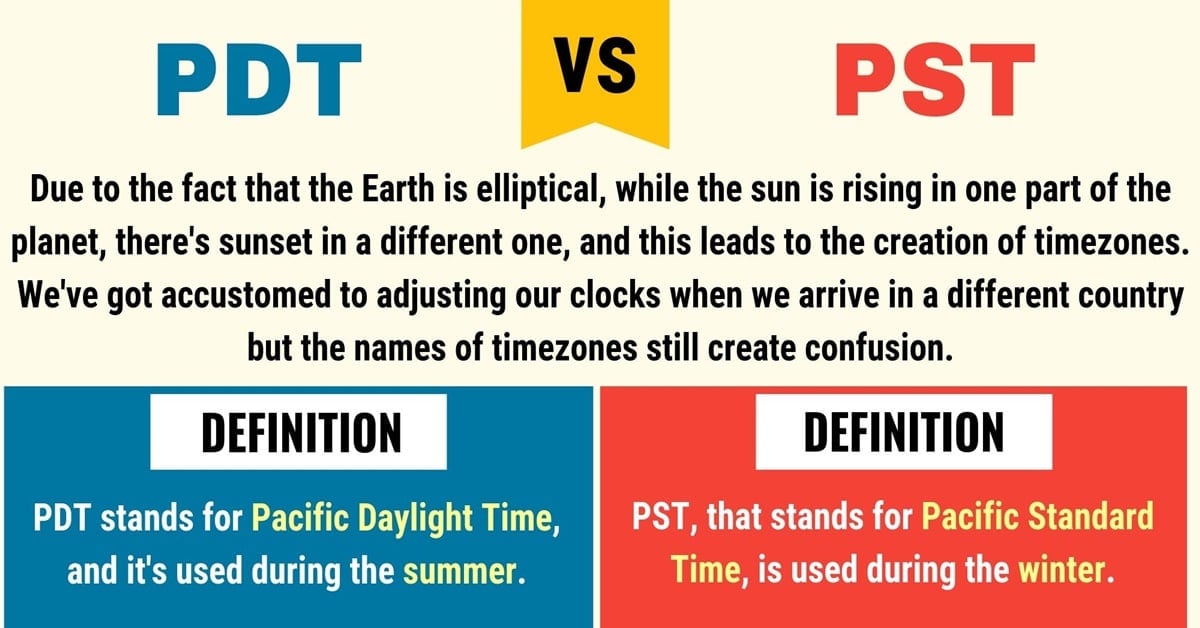 PDT vs. PST! Due to the fact that the Earth is elliptical, while the sun is rising in one part of the planet, there’s sunset in a different one, and this leads to the creation of timezones. We’ve got accustomed to adjusting our clocks when we arrive in a different country (most of our devices even do that on their own) but the names of timezones still create confusion.

In fact, traveling isn’t even needed to get the names confused. Some areas of the USA and Canada are in the Pacific Time Zone or PT, but you’ll rarely see only PT written. More often, you’ll see PDT or PST. One letter that is added in the middle of each abbreviation changes everything, but what exactly does it mean?

PST can also be abbreviated as UTC-8 because it’s eight hours behind the Coordinated Universal Time, and it’s used in such American states as Oregon, Washington, Nevada, Idaho, and California in the winter. In Canada, it’s used in Yukon and throughout the province of British Columbia, with the exception of Invermere, Golden, and Cranbrook. Apart from these territories, Baja California of Mexico also lives according to PST.

In an attempt to make the days longer, in the summer the time moves one hour ahead. Thus, PST becomes PDT. This transition occurs every year on the second Sunday of March, and everything goes back the way it was in the first week of November.

Difference between PST vs. PDT | Picture 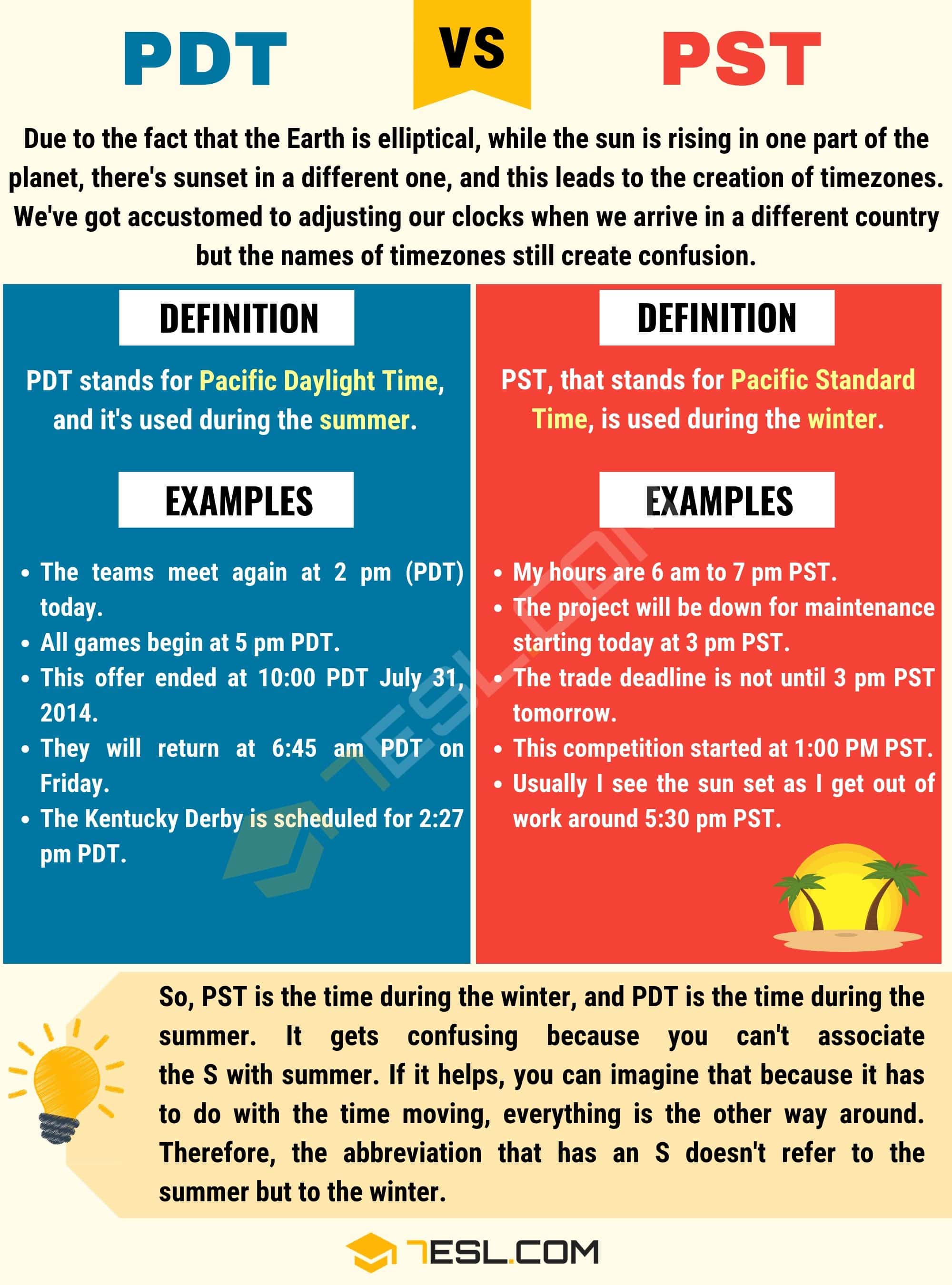