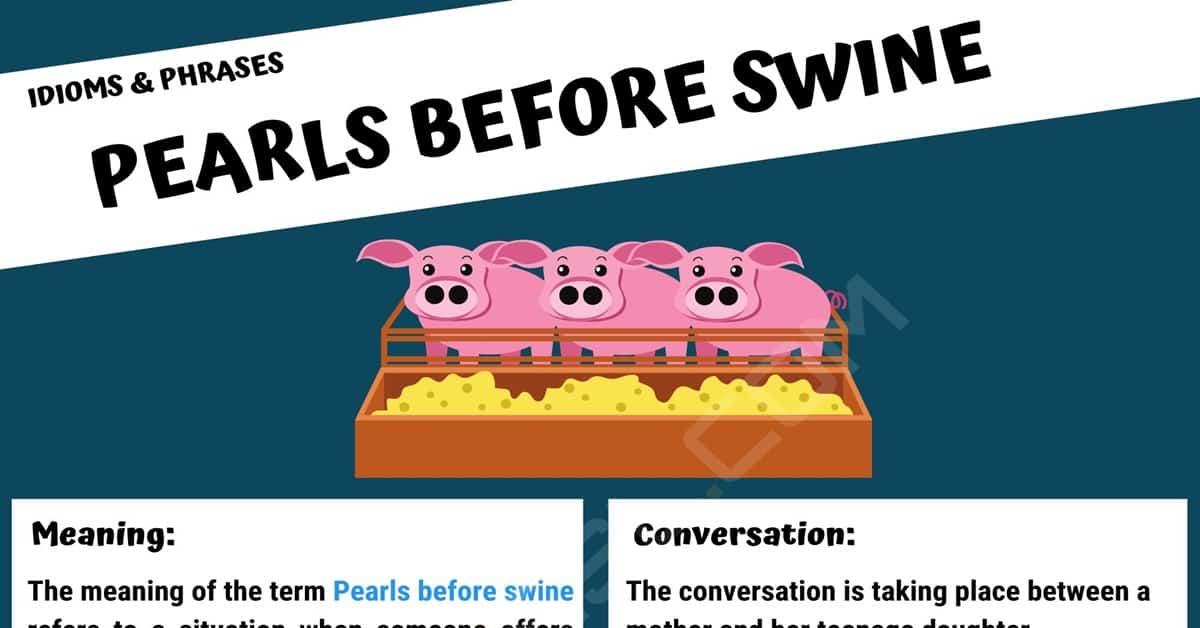 Have you ever heard someone use the term “pearls before swine” and wondered what they were referring to? This common idiom from the English language may seem a little confusing at first but we are going to look into the meaning of this term and how it can be used in day to day conversation. We will also take a look into the origin of the saying and find out why we use it today.

The meaning of the term Pearls before swine refers to a situation when someone offers help or guidance to someone who cannot or does not appreciate or value it. Imagine offering pearls to swine (pigs) they would simply never be able to appreciate the value of the offering and this is the meaning behind the saying.

Other Ways to Say “Pearls Before Swine”

There are other ways in which you can express the meaning of the term Pearls before swine, we will now take a look at some examples of how you can say the phrase using different terminology.

This is an example of a sentence said by someone to another person who is offering useless advice.

This is an example of a statement being made from a report about a bad government decision after good advice was given.

You are likely to hear the term Pearls before swine in a variety of different conversations. We are now going to take a look at some examples of how this term would work in day to day speech.

The first conversation is taking place between a mother and her teenage daughter.

This second conversation is taking place between two people in the workplace. 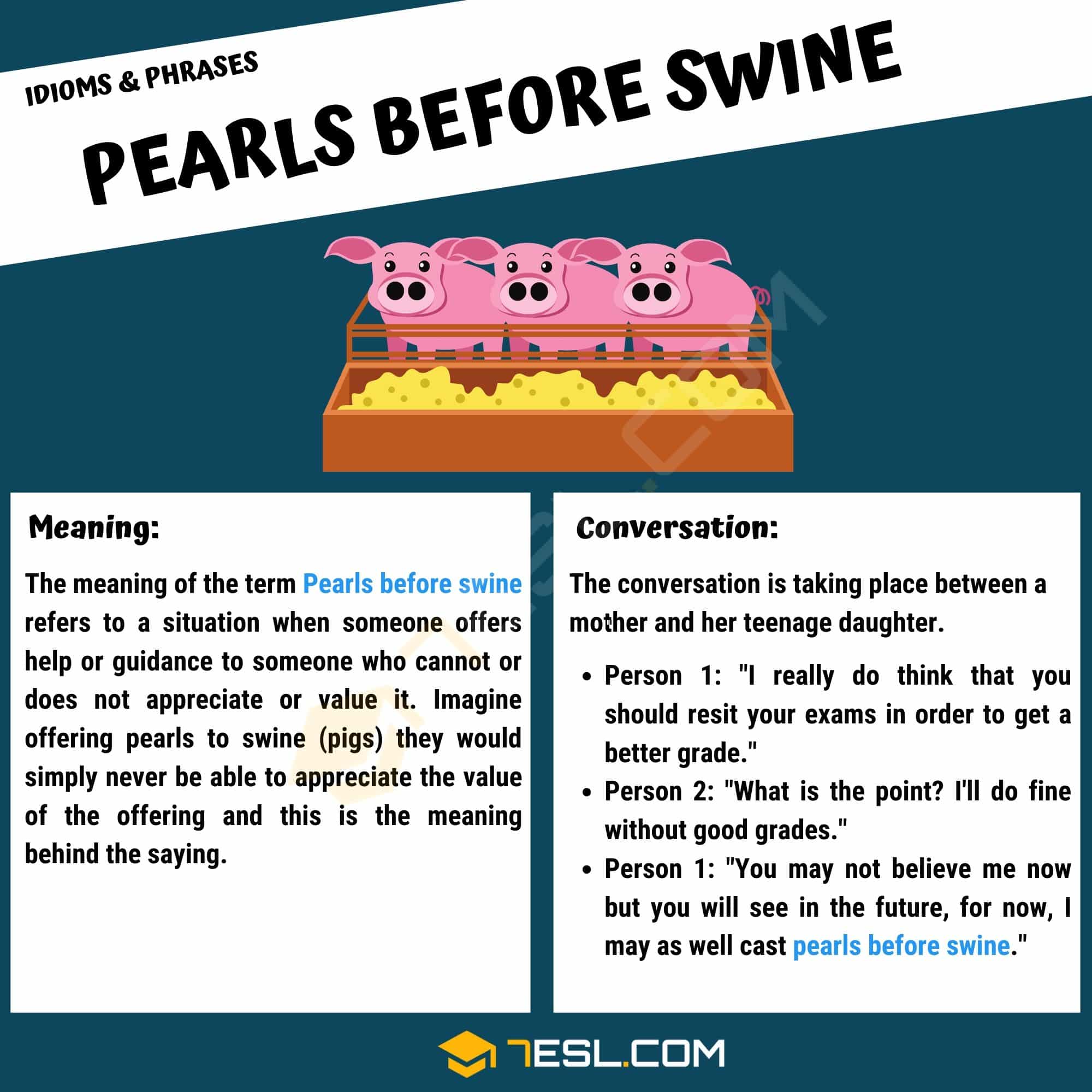