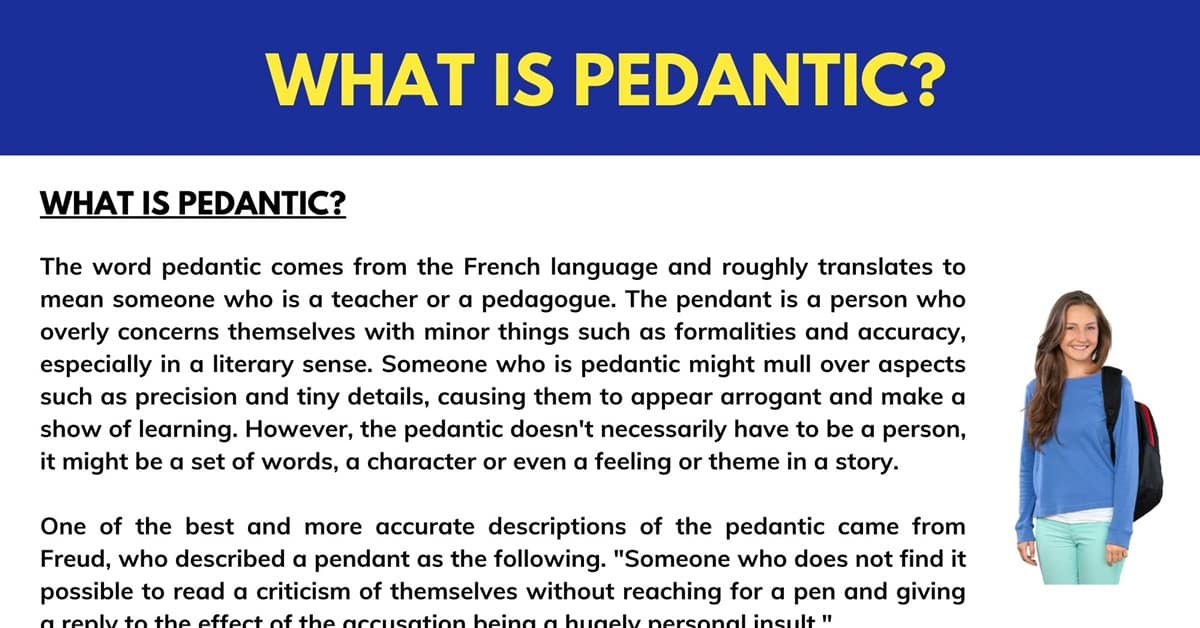 You may have heard the word pedantic and wondered what it means. In this article, we are going to be taking a look at the meaning of pedantic as well as finding out what it is used for in both a day to day, spoken sense as well as being used as a literary device. We are also going to be taking a look at some examples of pedantic in order that we might gain a greater understanding of its meaning and function.

The word pedantic comes from the French language and roughly translates to mean someone who is a teacher or a pedagogue. The pendant is a person who overly concerns themselves with minor things such as formalities and accuracy, especially in a literary sense. Someone who is pedantic might mull over aspects such as precision and tiny details, causing them to appear arrogant and make a show of learning. However, the pedantic doesn’t necessarily have to be a person, it might be a set of words, a character or even a feeling or theme in a story.

One of the best and more accurate descriptions of the pedantic came from Freud, who described a pendant as the following. “Someone who does not find it possible to read a criticism of themselves without reaching for a pen and giving a reply to the effect of the accusation being a hugely personal insult.”

Examples of Pedantic in Day to Day Life and Spoken Conversation

You may have met many pedantic people throughout your life and not even realised it. Quite often, a pedantic person will put right minor and irrelevant issues which can be a trait which highly irritates those around them. The pedant might often come across as being a dull person with little or no joy in their lives and this might attribute to their behaviour. There are many examples of pedantic in our daily lives and we are now going to take a look at these.

Examples of Pedantic in Literature

Many writers will employ the use of pedantic in their work and for good reason. The bad guy in a story might have a pedantic air about him and this can make for a very interesting character in terms of encouraging the audience against them, as the writer would want to do for the villain.

A writer might also be pedantic in his writing as a way of teaching the reader something in a more complicated manner and also as a way of showing that they are an expert on the subject about which they are writing. Adding a pedantic nature to a fictional character might also give the reader an insight into their general personality-with most readers presuming that the character is narrow minded and dull. Let’s take a look at some examples of when pedantics have been used in literature.

To be pedantic means that a person is to worried about small details and being precise and this shows in their comments and behaviours. Being pedantic is seen to be a method of being arrogant and ostentatious in teaching on any given topic.

Whilst we are likely to see many pedantic characters in our real lives, one of the most notable things is that it is quite often used as a literary device in order to teach the reader something in a way which is complex and displays the authors knowledge.

In day to day like, a pedantic person is using speech to show that they have good knowledge, although this is not always very well received by those who are listening. 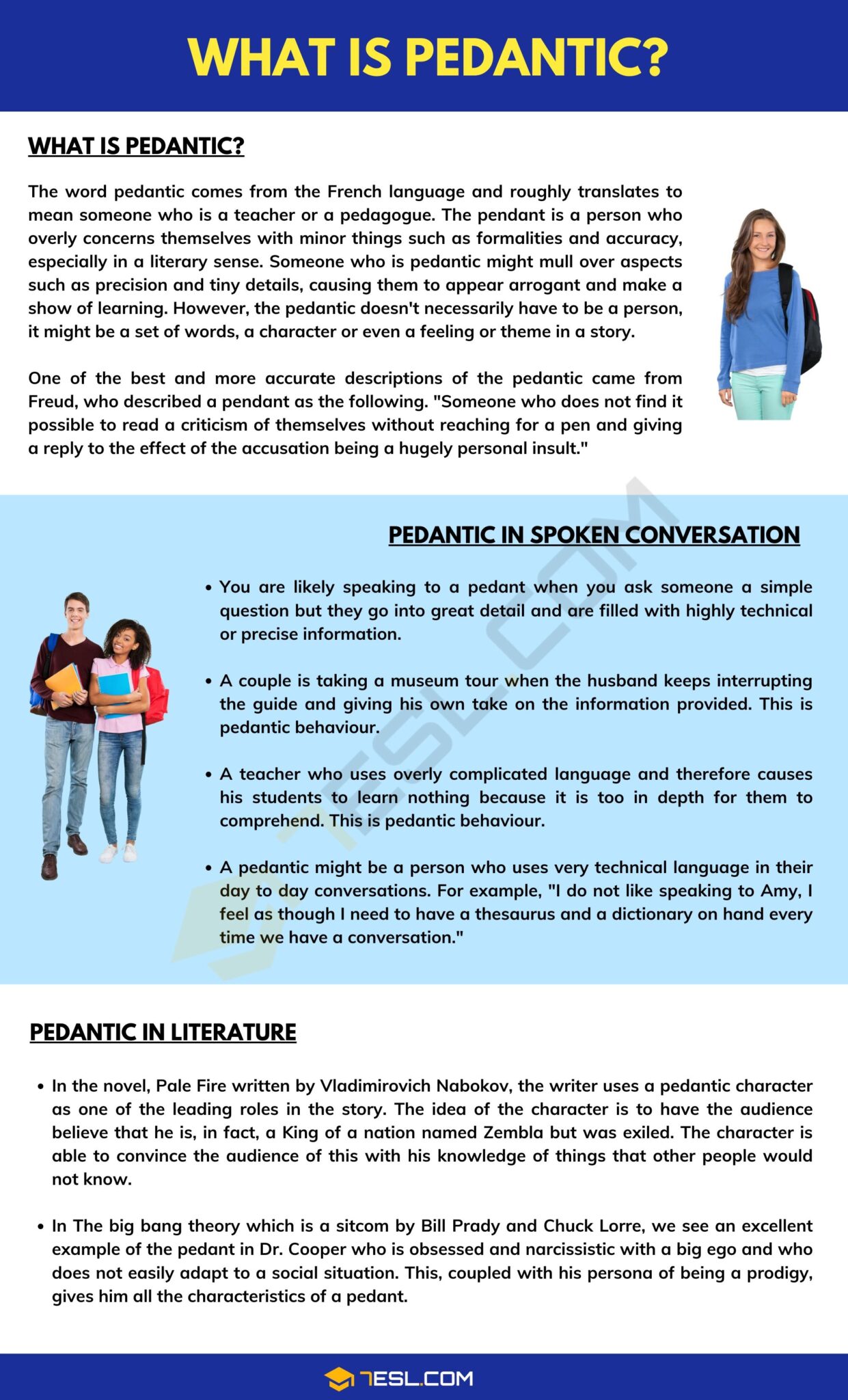