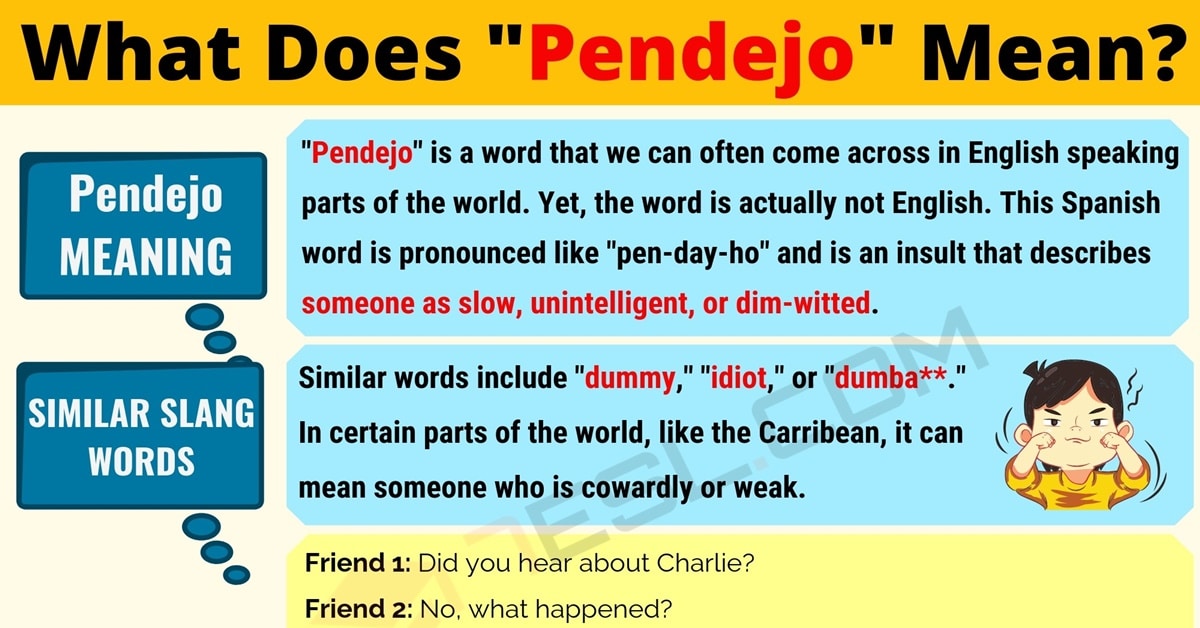 What does Pendejo mean? This article provides the definition and usage of this internet slang term with ESL infographic and interesting conversation examples in English.

What Does Pendejo Mean?

“Pendejo” is a word that we can often come across in English speaking parts of the world. Yet, the word is actually not English. This Spanish word is pronounced like “pen-day-ho” and is an insult that describes someone as slow, unintelligent, or dim-witted.

In certain parts of the world, like the Carribean, it can mean someone who is cowardly or weak.

The word is said to come from Spain in the 1500s. The word “pendejo” has its roots in Latian where it meant “pubic hair.” The Spanish used it for young people who believed they were on the same level as adults because they had pubic hair. Once Spanish spread to Central America, the meaning has changed over the years to reflect its current one.

The word “pendejo” will probably be used by Spanish speakers or those who hang out with Spanish speakers in America. Spanish is widely spoken in the USA. There are lots of Spanish speakers in the American Southwest in States like California, Arizona, New Mexico, and Texas. This word is an insult so it should be used among friends and not directed at anyone you don’t know well. It can be very offensive so it’s best to use it in private.

Let’s see how people use this word:

In this conversation between to friends, we can see the story unfold of how Charlie lost his phone. At first, Friend 2 doesn’t know the whole situation. After hearing all of the facts, he judges that Charlie is an idiot for not following the directions of the park staff and calls Charlie a “pendejo.”

This last example shows a discussion thread in a forum. Forum User 1 and Forum User 2 get into a quick argument about Cristiano Ronaldo’s home town. Forum User 3 tells Forum User 1 to check her facts. To end the message, she uses “pendeja,” which is the feminine version of the word used to refer to females in Spanish. 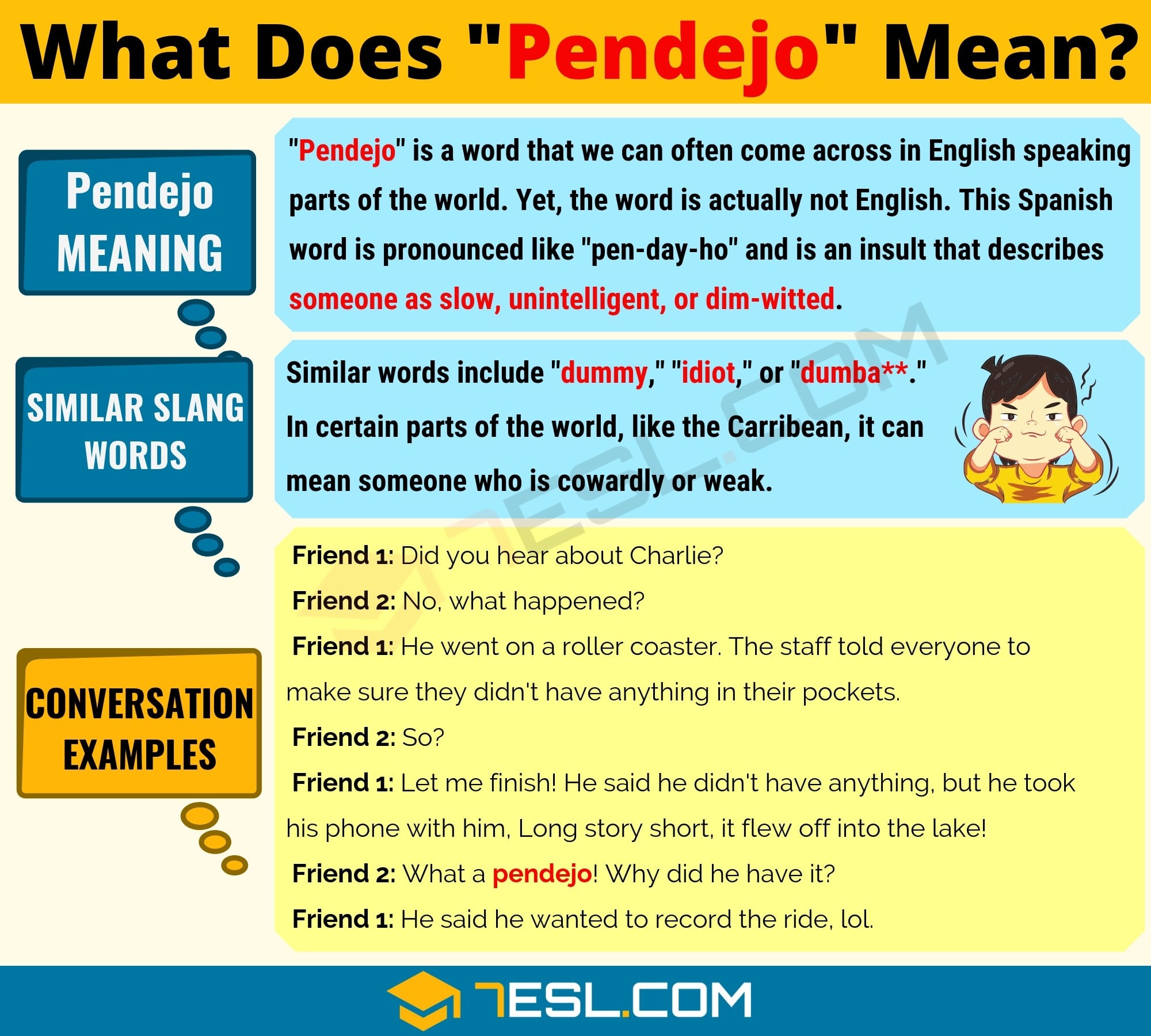