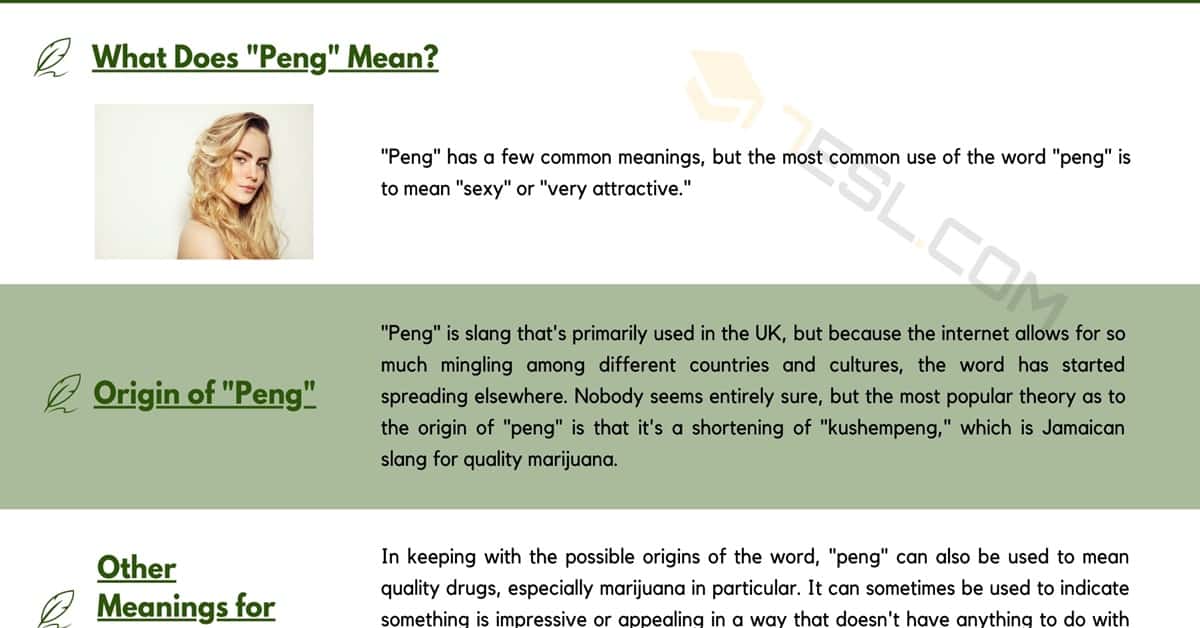 English can be a pretty complicated language to learn. If you’re reading this, though, then you’re doing a really great job! Slang helps complicate English even further, especially if it’s regional slang or at least started out that way. This lesson focuses on the slang word “peng.”

What Does “Peng” Mean?

“Peng” has a few common meanings, but the most common use of the word “peng” is to mean “sexy” or “very attractive.”

“Peng” is slang that’s primarily used in the UK, but because the internet allows for so much mingling among different countries and cultures, the word has started spreading elsewhere. Nobody seems entirely sure, but the most popular theory as to the origin of “peng” is that it’s a shortening of “kushempeng,” which is Jamaican slang for quality marijuana.

Other Meanings for “Peng”

In keeping with the possible origins of the word, “peng” can also be used to mean quality drugs, especially marijuana in particular. It can sometimes be used to indicate something is impressive or appealing in a way that doesn’t have anything to do with sex appeal or drugs, such as when referring to food that looks particularly good.

When to Use “Peng”

You can use “peng” to indicate the appeal of a person, substance, or thing. Be aware that this slang is not as widespread as some, so the people you’re talking to might not understand. With less common slang, the safe bet is generally to use slang only after you’ve heard it used by a given group of people, but as long as you don’t mind explaining it, you can use your best judgement as to appropriateness and potentially use the word anyway. “Peng” has enough adult connotations that it’s safest to use with adults, rather than with children.

Keep in mind that you should avoid using slang in formal setting, such as when speaking to a boss or a teacher.

The following are some examples of how you might see “peng” used in communication.

The following are examples of how you might see or hear “peng” used in statements.

In the first example, “bruv” is used as a casual form of address. It’s short for brother, but it’s not often used literally and more often used between male friends.

The following are examples of how you might see or hear “peng” used in conversation.

An easy alternative to most slang is simply to be more literal in what you’re saying. For example, you could say, “That person is very attractive.”

Some alternative slang words include “hot,” “fit,” “banging,” or “smoking.” 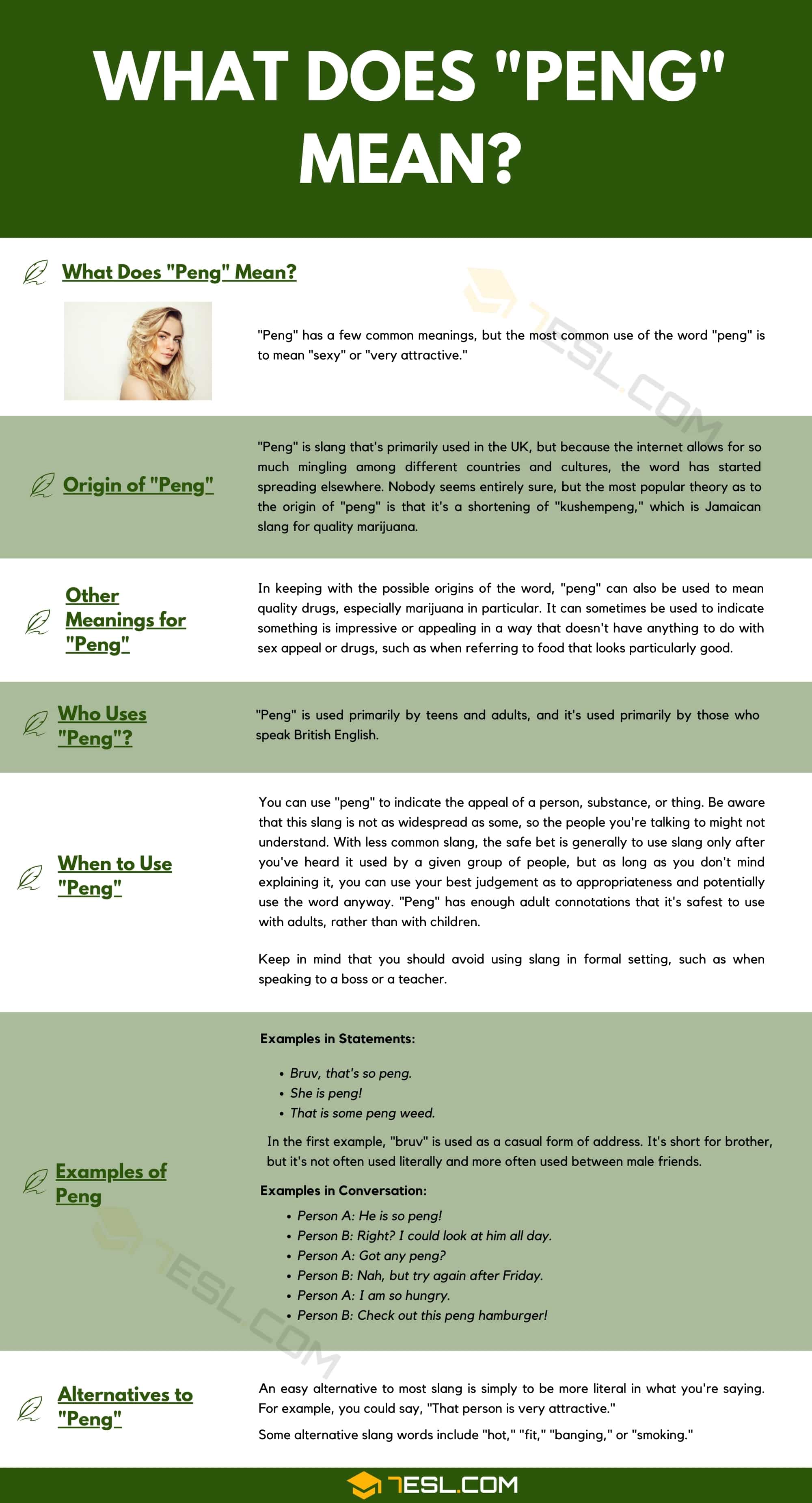