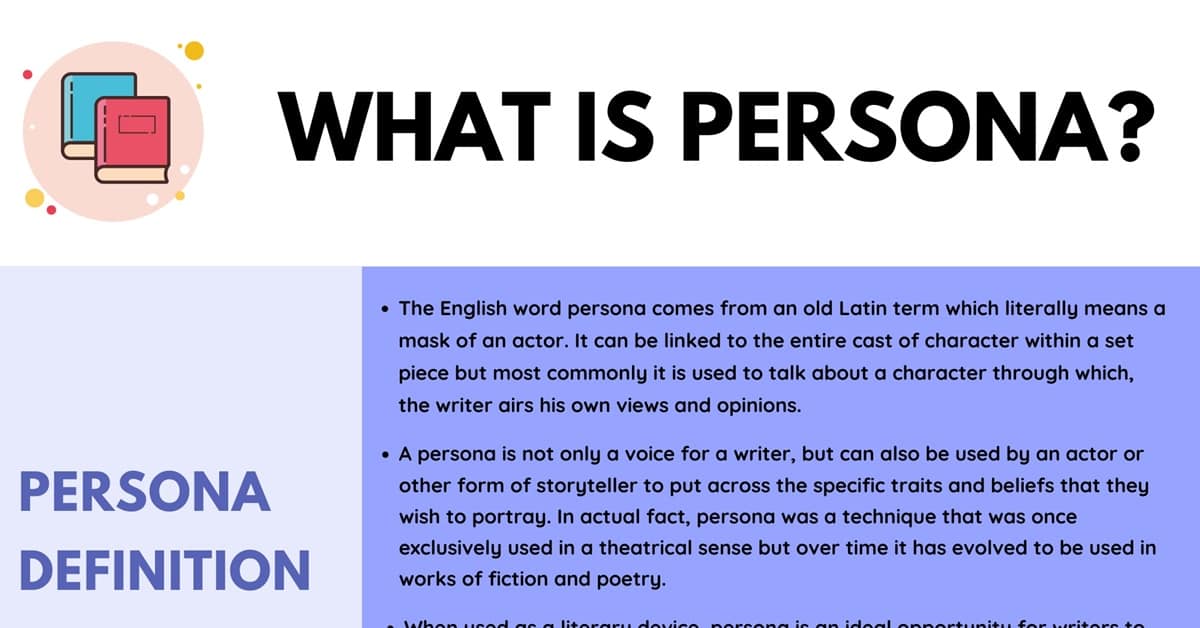 Have you ever come across the technique of persona and wondered what it was? If so, in this article, we are going to explore exactly what persona is as well as finding out what it is used for. We are also going to be looking at a series of examples which will allow us to gain a greater understanding of how it can be used within both spoken conversation and as a literary device.

The English word persona comes from an old Latin term which literally means a mask of an actor. It can be linked to the entire cast of character within a set piece but most commonly it is used to talk about a character through which, the writer airs his own views and opinions. This could be about anything ranging from religious beliefs, political thoughts and many other personal ideas which could be conveyed through a character.

A persona is not only a voice for a writer, but can also be used by an actor or other form of storyteller to put across the specific traits and beliefs that they wish to portray. In actual fact, persona was a technique that was once exclusively used in a theatrical sense but over time it has evolved to be used in works of fiction and poetry. The concept for its inclusion in written literature was first introduced by the world famous writer, T S Eliot.

When used as a literary device, persona is an ideal opportunity for writers to be able to voice a belief or opinion which they might not be able to do if it were coming directly from them. This might be for reasons of oppression or simply the fear of offending or upsetting someone. Another reason that someone might use a persona is to create a character through which they can express words and feelings that they may not emotionally be able to do as themselves.

In a more real life sense, many actors will often take on a persona in order to sell an idea or product which may not be as well received otherwise. By using a persona they are able to use that characters personality traits to better explain the concept, therefore gaining more interest.

Examples of Persona In Speech

As we mentioned, persona is something which originally came from theatre and acting and so feature heavily in this setting still today. We are going to look at some examples of persona being used in a spoken sense whether that is through the medium of TV, stage or song.

Examples of Persona In Literature

After persona became a popular literary tool for writers, it has been used more and more often to their advantage. In order to gain a greater understanding of this, it is important to take a look at some examples of how it has been used in the past.

Using a persona is a way to help a writer or person to put across views or opinions that they hold themselves but through another character. A persona is created in order to help the creator to lift any sort of oppression which prevents them from being able to express their thoughts as themselves. Not only this but persona is an excellent way to add an extra creative flair to a speech or a piece of writing.

Whilst it finds its roots on the theatrical stage, persona has become more and more of a popular technique used by writers in both poetry and prose. 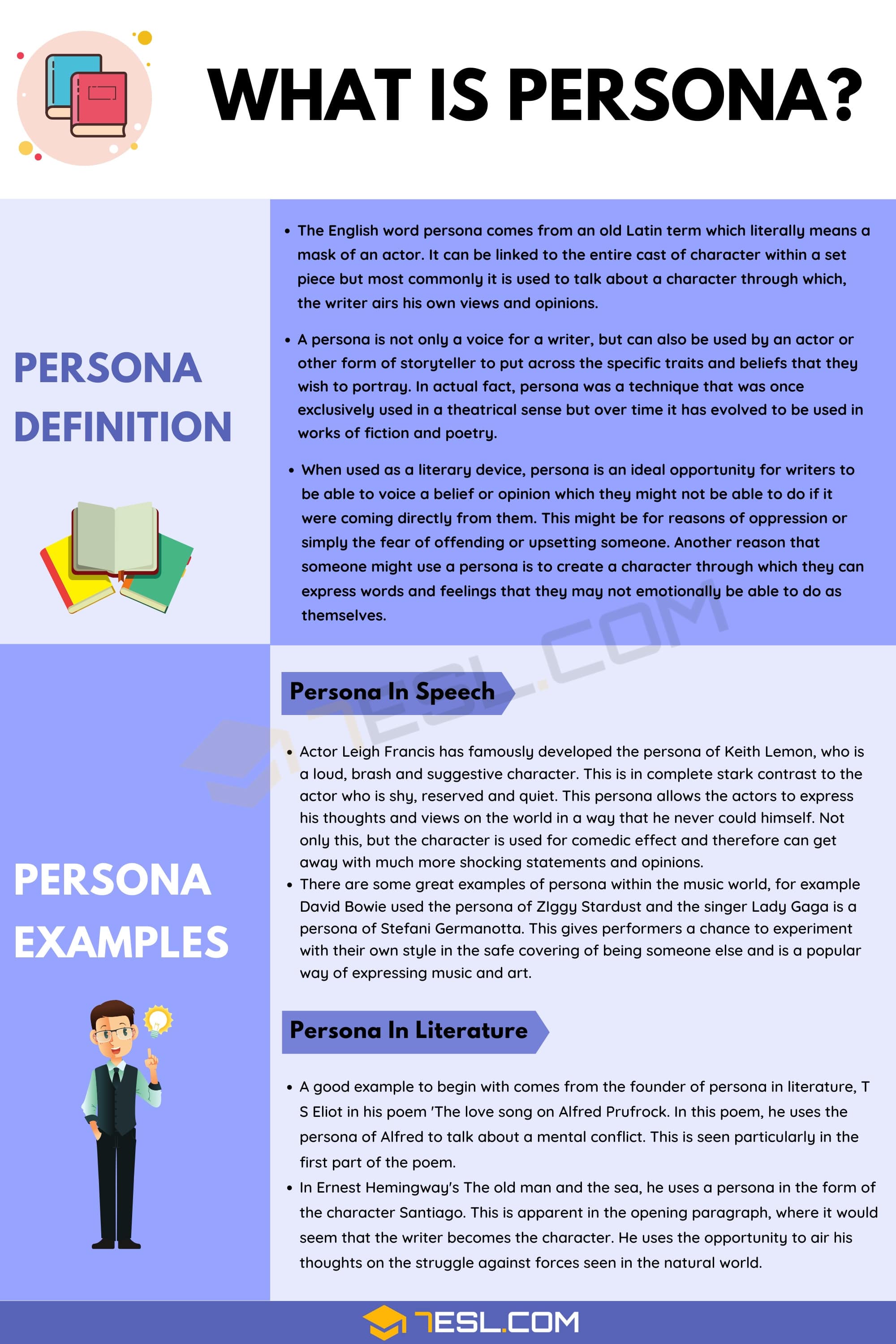