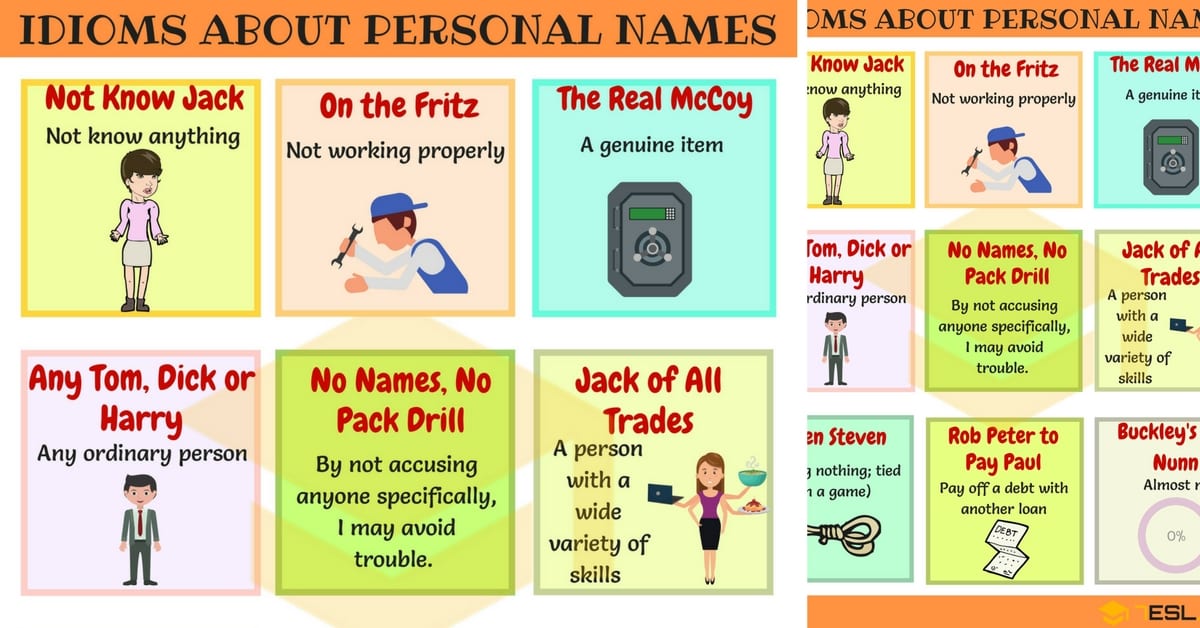 No Names, No Pack Drill

Any Tom, Dick or Harry

Jack of All Trades

(Between) Buckley’s and Nunn

They missed the term: “Living the life of Riley/Reilly” meaning living the good life without hard work, worries and (money) problems.

The Real McCoy said to any tom, d**k or harry that he’s going to Rob Peter to pay Paul, and Jack of all trades, being on the Fritz said well now you are Even Steven. So Karen says to Stacey, stop being a Karen, thats between Buckleys and Nunn! Becky butts in and says no names, no pack drill, you do Not Know Jack, be careful, Karma’s a b***h! Light fingered Larry says stop being a Karen, you are already living the Life of Riley!

keep adding on if you want…

i guess that’s all folks…