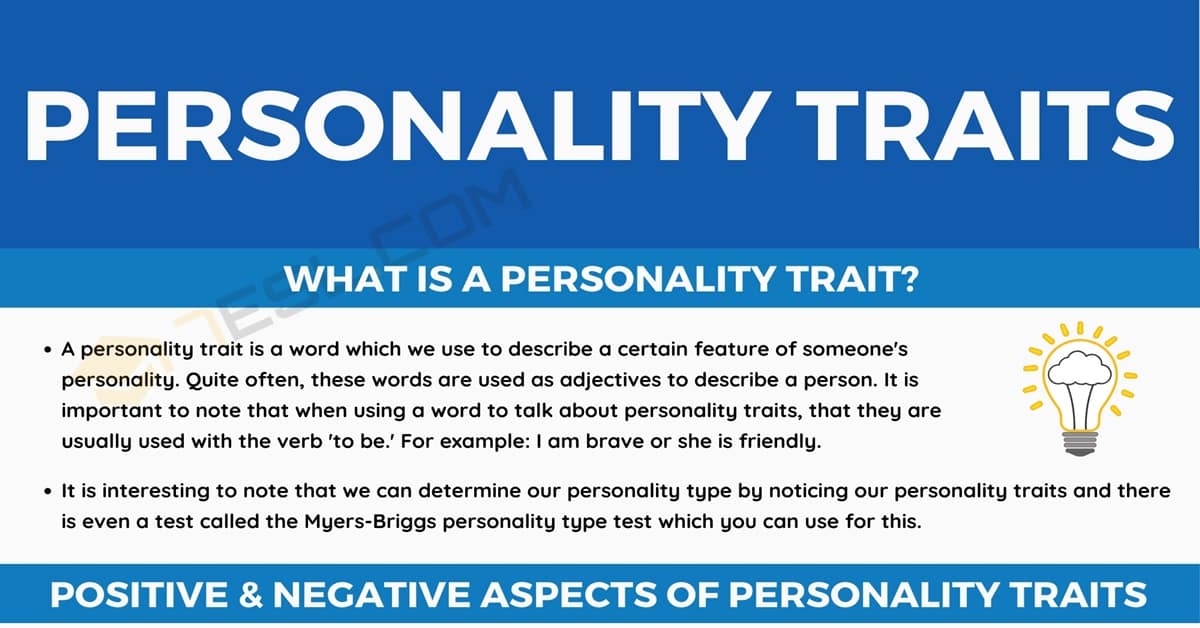 Personality Traits! When we are talking about either ourselves or other people in the English language, it is not unusual to want to talk about someone’s personality traits. But in order to do this, we must have these words in our vocabulary. In this article, we are going to be looking at the different words we can use to describe the personality of a person as well as looking at a variety of examples to further explain how they work.

What Is A Personality Trait?

A personality trait is a word which we use to describe a certain feature of someone’s personality. Quite often, these words are used as adjectives to describe a person. It is important to note that when using a word to talk about personality traits, that they are usually used with the verb ‘to be.’ For example: I am brave or she is friendly.

There are a whole host of words which can be used, some of which talk about positive aspects of the personality and others which are more negative. We will take a look at each of these in a little more detail.

A positive personality trait talks about something that is good about a person. Let’s take a look at some examples of the words you might use.

All of these words can be used within a sentence to talk about the good traits within a person. Let’s now look at some examples of this.

Of course, as humans, there are always going to be negative sides to our personalities and there are some great adjectives for describing these too. Let’s take a look at some of them.

Now that we know some useful negative personality traits, let’s take a look at how they might work within a sentence.

Learn more with the list of personality adjectives in English with examples and pictures.

In order to successfully talk about yourself, another person or even a fictional character, it is important to be aware of the different personality traits in English. These words can greatly help you in describing a person to someone. They are also excellent for use in your written English, especially if you are writing fictional works and need to give your readers a detailed description of the type of person your character is.

There are positive and negative character traits that can be described and they are used with the verb ‘to be’. 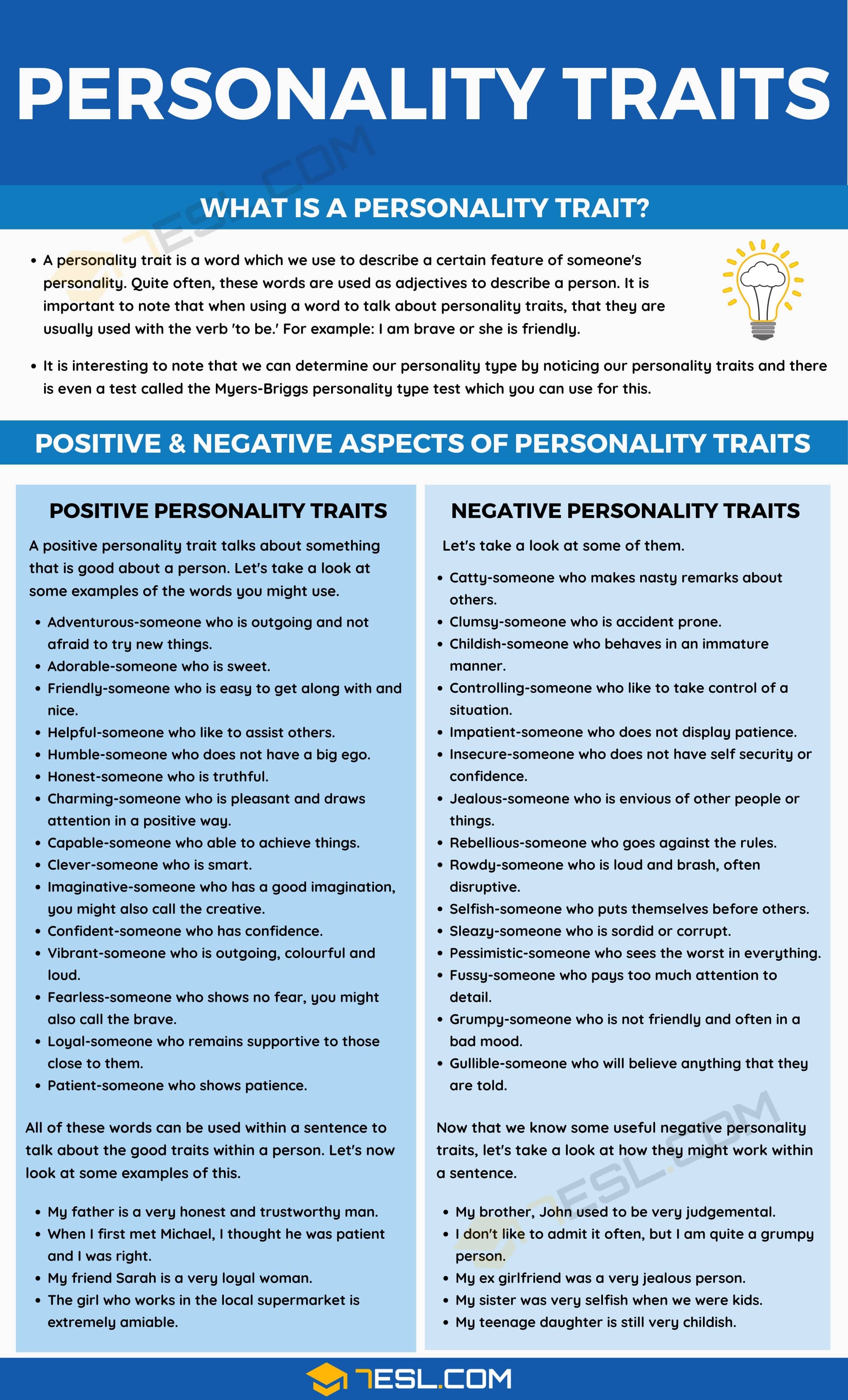 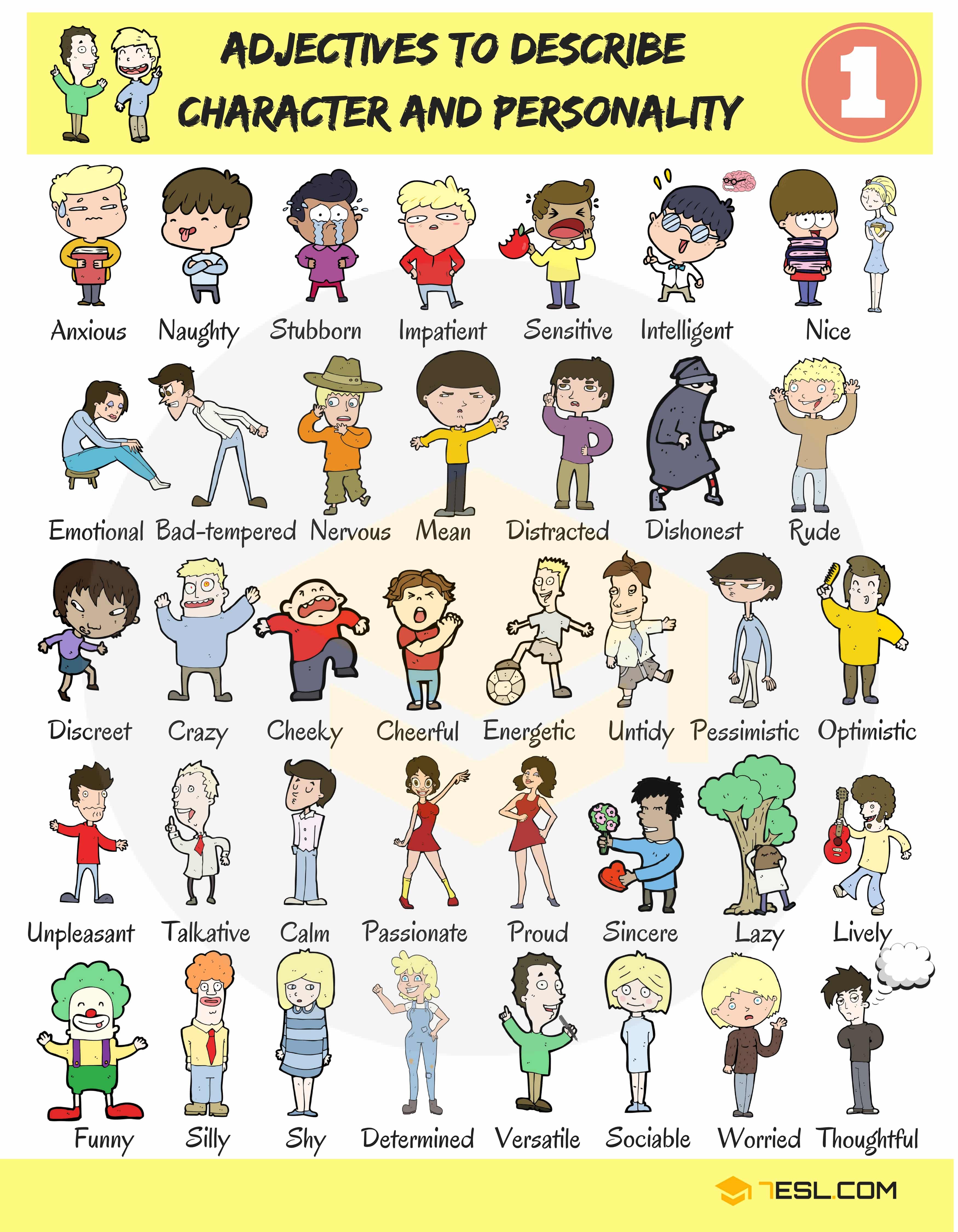 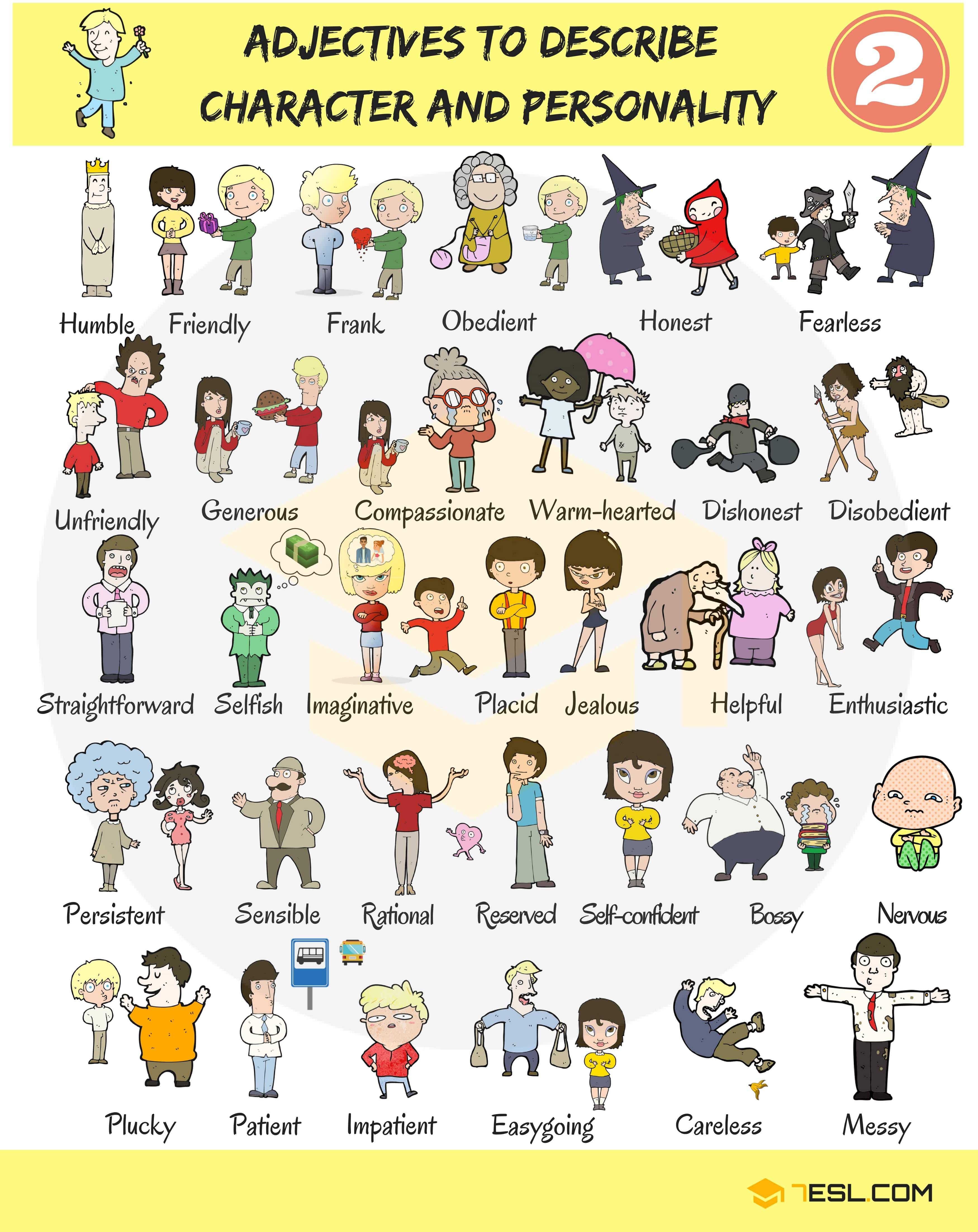 Useful Words to Describe Yourself  Image 3

Useful Words to Describe Yourself Image 4 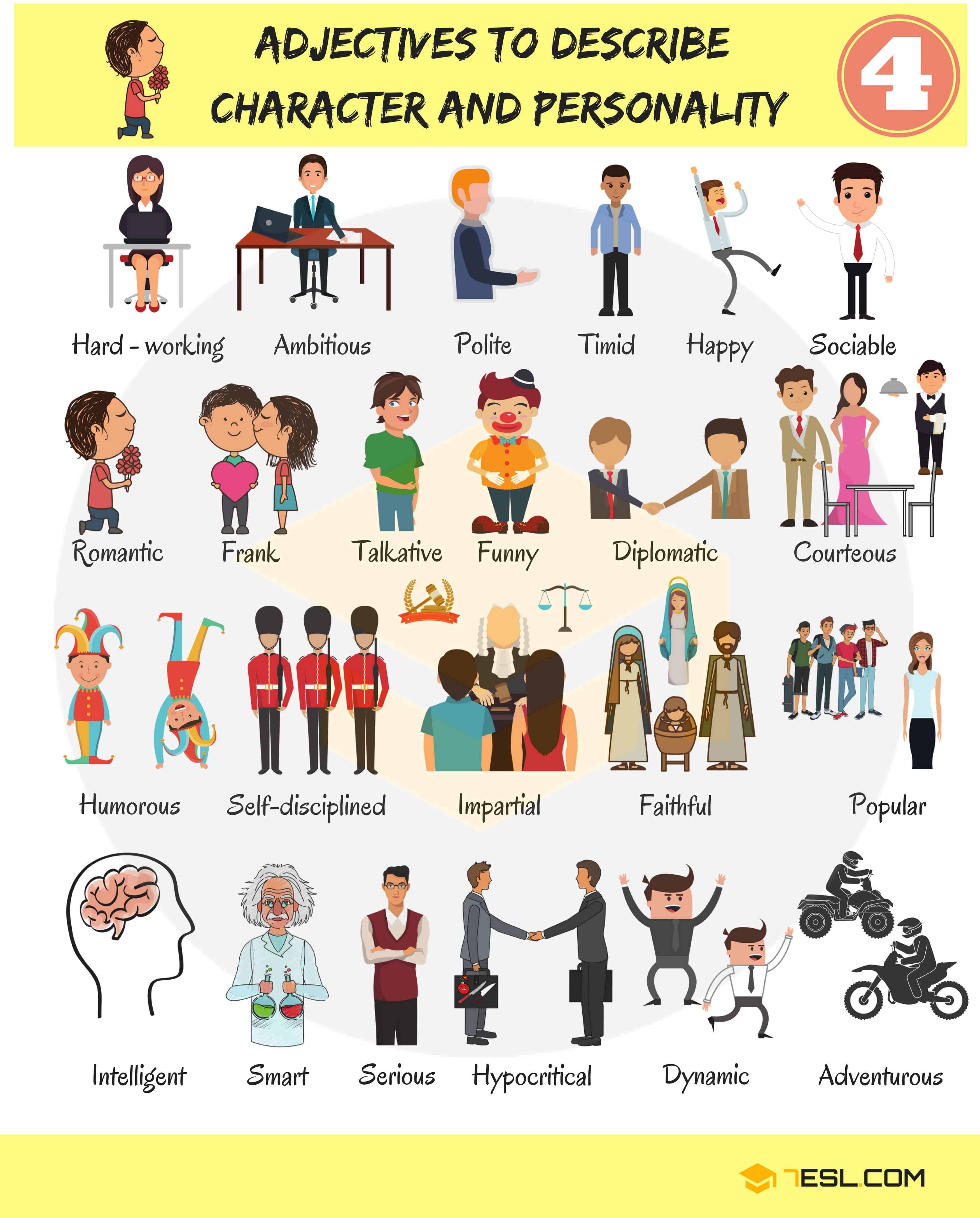 It very interesting I would like to no more about it

same thing this is gay

i would love to learn more

I great one to add on positive would be leader