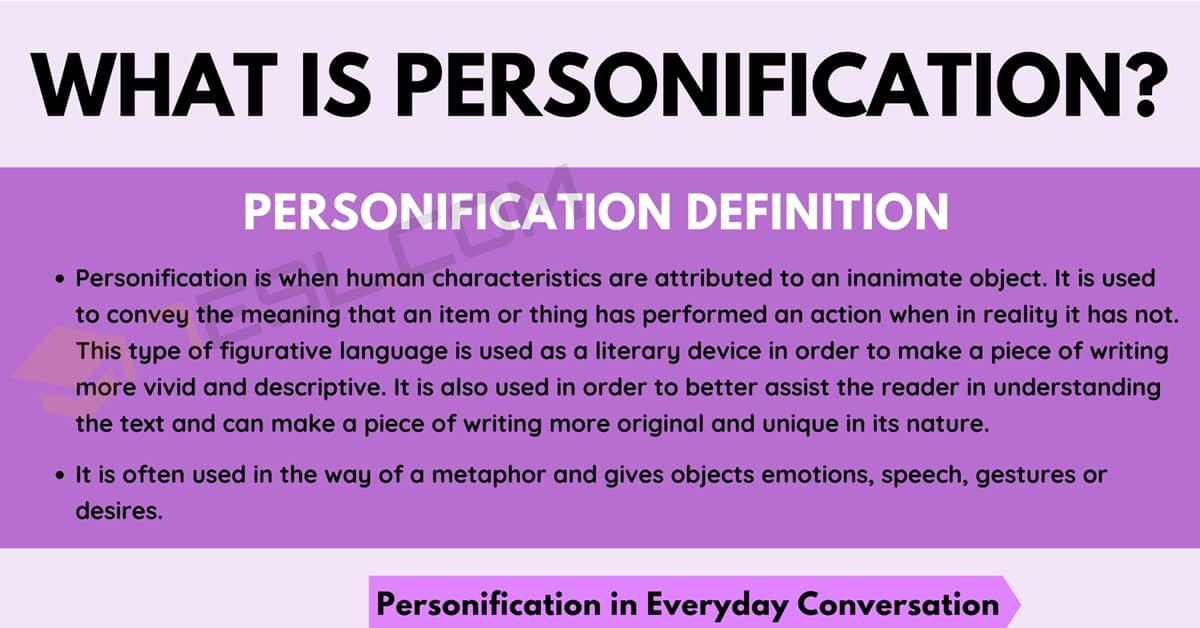 Personification is when human characteristics are attributed to an inanimate object. It is used to convey the meaning that an item or thing has performed an action when in reality it has not. This type of figurative language is used as a literary device in order to make a piece of writing more vivid and descriptive. It is also used in order to better assist the reader in understanding the text and can make a piece of writing more original and unique in its nature.

It is often used in the way of a metaphor and gives objects emotions, speech, gestures or desires.

Examples of Personification in Everyday Conversation

There are likely to be many times in which you will hear or use personification in day to day language. It is a very popular form of figure of speech and is used regularly. We are now going to take a look at some examples of personification in a way that it is used in daily speech.

Examples of Personification in Literature

Personification is likely to be seen often used as a literary device. This might be in the form of poetry, song or script. We are now going to take a look at some examples of times in which personification has been used in written language.

By looking deeper into how personification is used and what it is used for, we have learnt that it is a form of figurative language in which inanimate objects are given human traits such as emotions, gestures, desires, speech and more. It is used commonly in everyday language and also used frequently in literature. It is a way of making a description much more unique and vivid and aids the reader or listener to better understand what is being described. 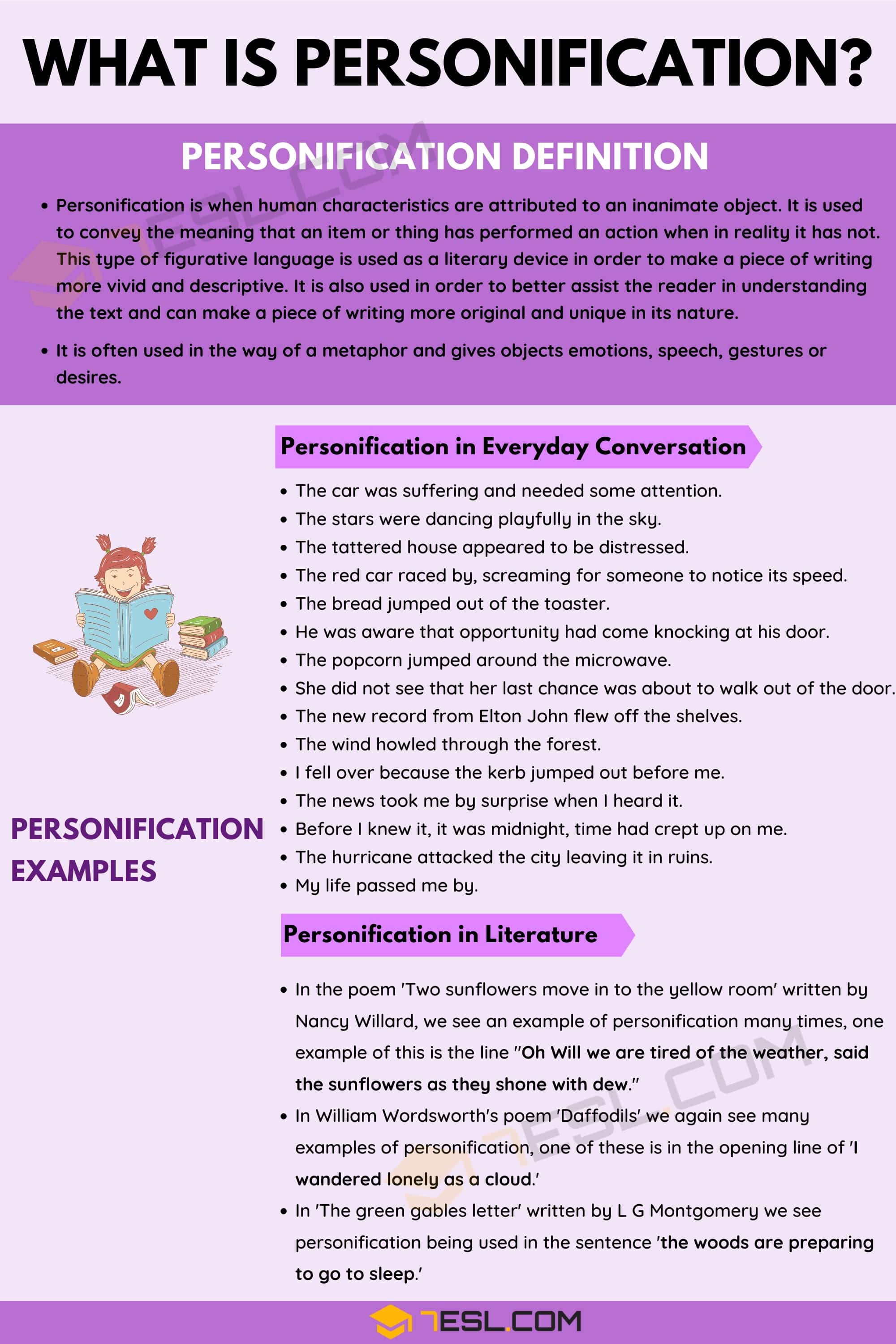 really good i give thumbs up

Nice as a piece of gold

nd ya it is helpful thank you!!’