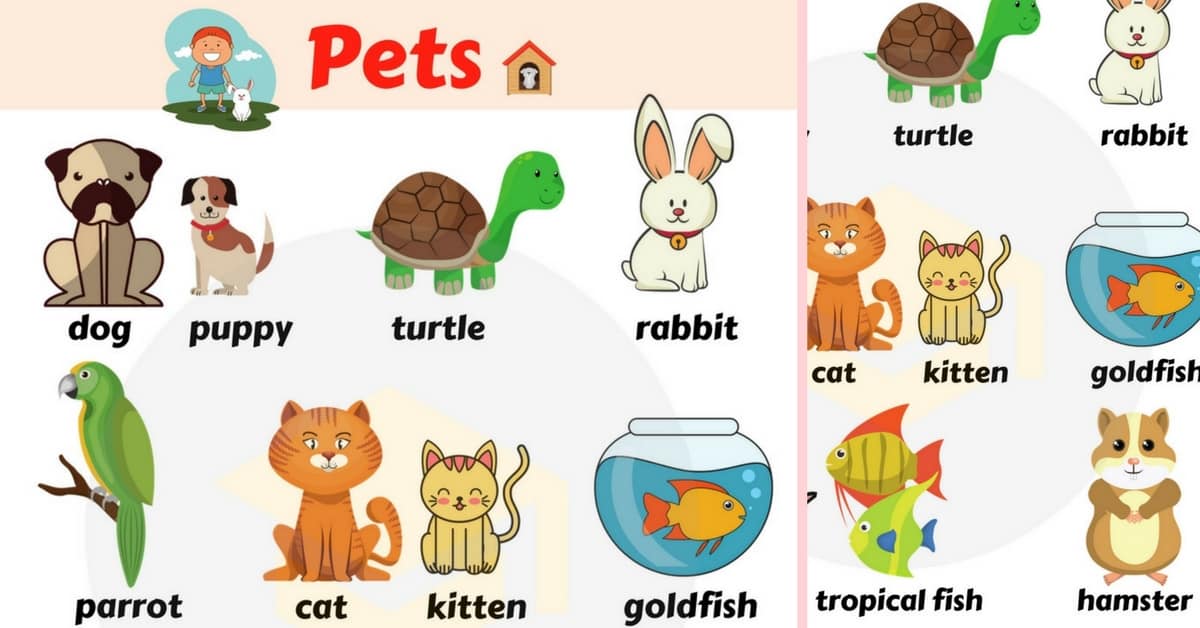 Are you searching for a comprehensive list of pets? Here you will learn pet names and different types of pets in English with interesting ESL animal pictures and example sentences. Pets are both popular and important. For many people, their relationship with their pet is one of the most important relationships in their lives. This lesson focuses on pets. We will cover what makes a pet a pet, as well as what types of pets there are. There’s even a list of some of the possible pets! 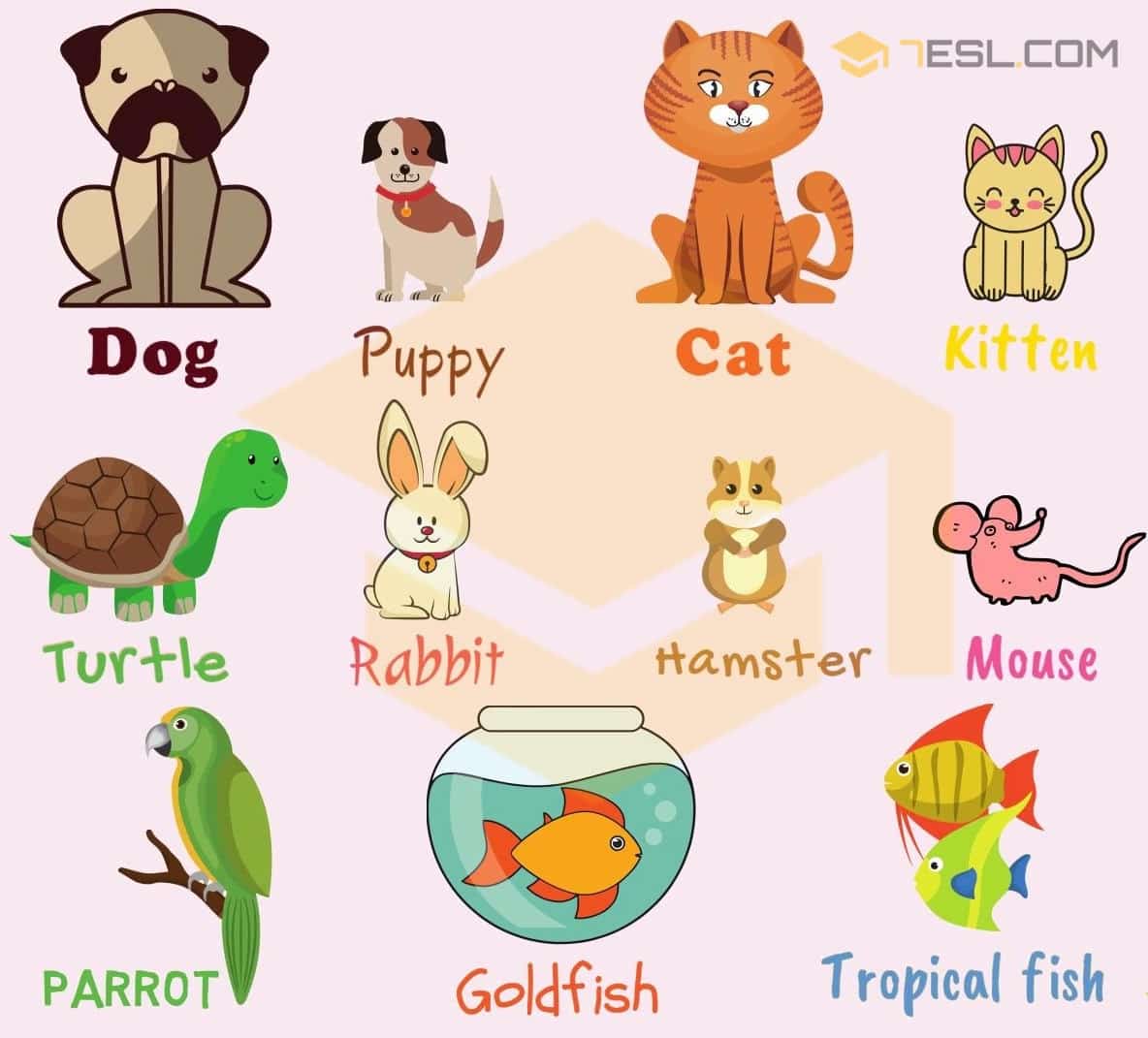 Whether you are heading to the pet store in an English speaking country to buy a new pet or talking about your own beloved animal, you will need to know how to refer to the different names of pets in English. There are a whole host of pets that people keep from dogs and cats to lizards and birds. Knowing how to refer to the different types of pets will give you a huge advantage during both conversations and written English. Not only this but your vocabulary will expand greatly.

Pets are animals that are kept primarily for companionship. Sometimes, people refer to any animal in their house as a pet. Usually, animals that serve a purpose, such as a farm’s working dogs, are not considered pets, but that can change according to the owner’s views.

There are many different possible pets, but they mostly fall into just a handful of larger categories of animal. These include fish, reptiles, birds, and mammals.

Fish are kept in aquariums and can’t really be stroked or otherwise physically interacted with. As a result, some people don’t consider fish pets as much as living decoration. However, most fish owners do consider fish to be pets, and they form significant attachments to them, despite a generally short lifespan.

Reptiles generally live in terrariums or tanks. Some of them can be handled, both held and pet. Some reptiles can even be taken for walks! Since some reptiles don’t like to be handled and are afraid of people, this is another type of animal that people don’t always consider pets.

As far as pets go, amphibians mostly are all frogs. They can’t usually be handled because their skin is very sensitive, but they’re still very cute little animals and can make great pets. Amphibians usually also live in terrariums.

Birds as pets often live in cages, but some bird owners let their birds roam the house. Many birds can be handled as long as they are raised as pets. They are also often noisy pets, but many of their sounds are quite pleasant.

Mammals are what most people think of when they think of pets. Furry animals that give birth to live babies are mammals. This makes them very appealing to a lot of people. Many of them have soft fur and enjoy being handled, and this makes them even better choices as pets,

Now let’s expand this even further into a proper list! We’ll still use the categories above, and each category will list the most popular pets in that group, as well as any special notes as needed. You can seem like an expert on pets in no time!

Reptile pets are mostly scaly or hard or both. This doesn’t make them any less common as pets! This category includes snakes, lizards, and turtles. Here are some of the most common types of reptile pet.

Amphibians are animals that can be on land or in water. They usually need a little bit of both. Their skin is usually very sensitive, so remember not to pick up amphibian pets.

Birds can be great pets. They have feathers, which are usually softer than they look, and most birds sing. Some birds can even talk! These are some of the most popular types of pet bird.

Mammals have the most well-known pets, so this list will be broken down a little further than the others. These are fuzzy and generally pretty social, which makes them very popular pets.

There are many more specific types of pet, but these have been some of the most common or most popular!

Pets are domestic animals (also called domesticated animals), are tamed to live in the home.

Learn an interesting list of common pets in English with pictures and example sentences. 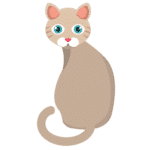 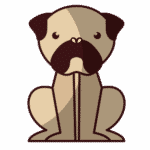 – You wouldn’t trust the silly bastard to feed the goldfish. 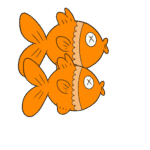 – He loved his hamster more than anything in the world. 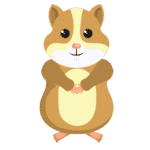 – I dropped the kitten in the water. 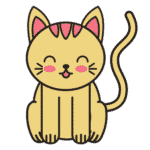 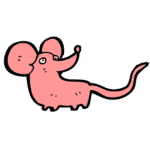 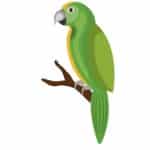 – Most rabbits pulled out of a hat. 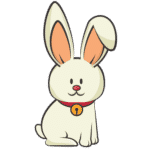 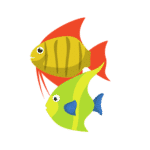 – Some people I’ve met can keep their pets alive, but few can keep a turtle or tortoise and have them thrive. 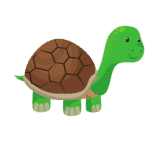 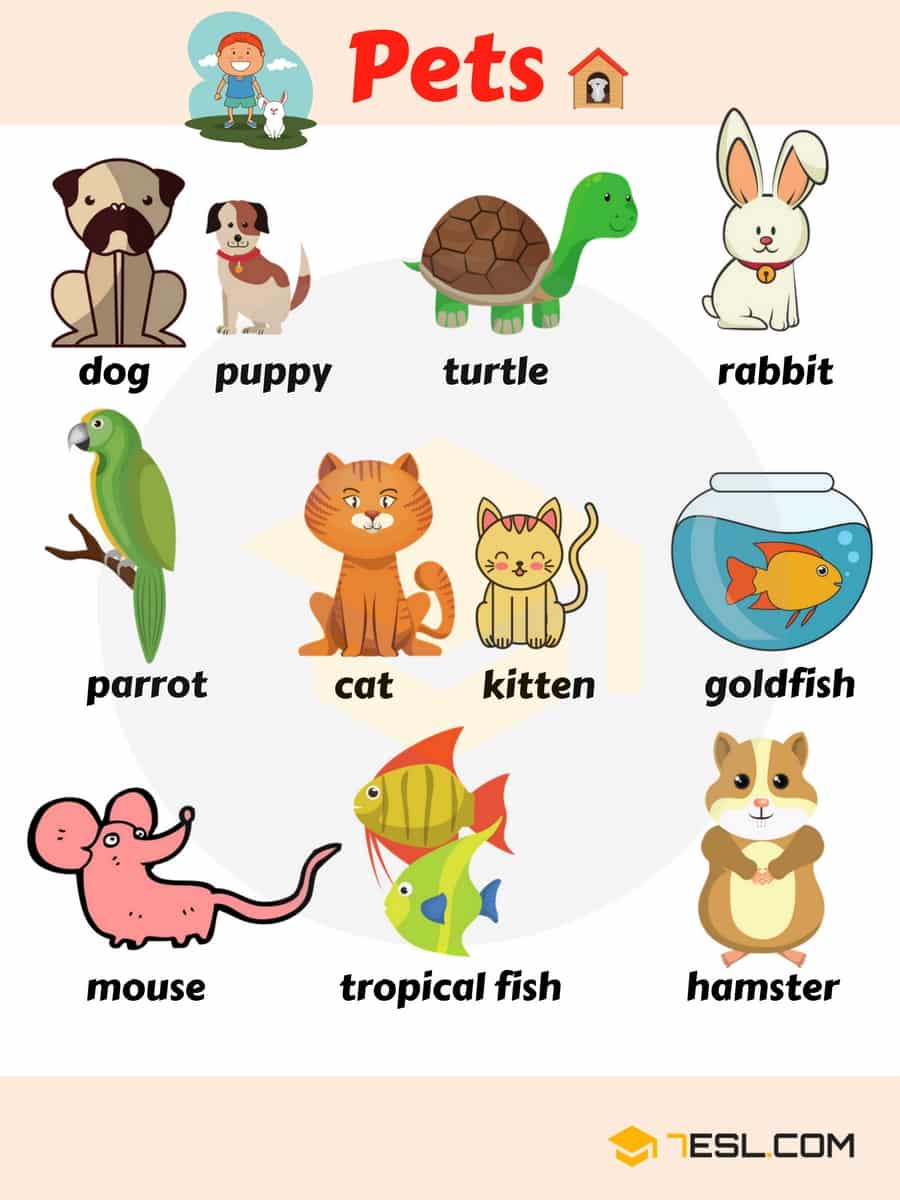 lots and lots of pets

I can’t have any reptiles, rodents, dogs or cats.