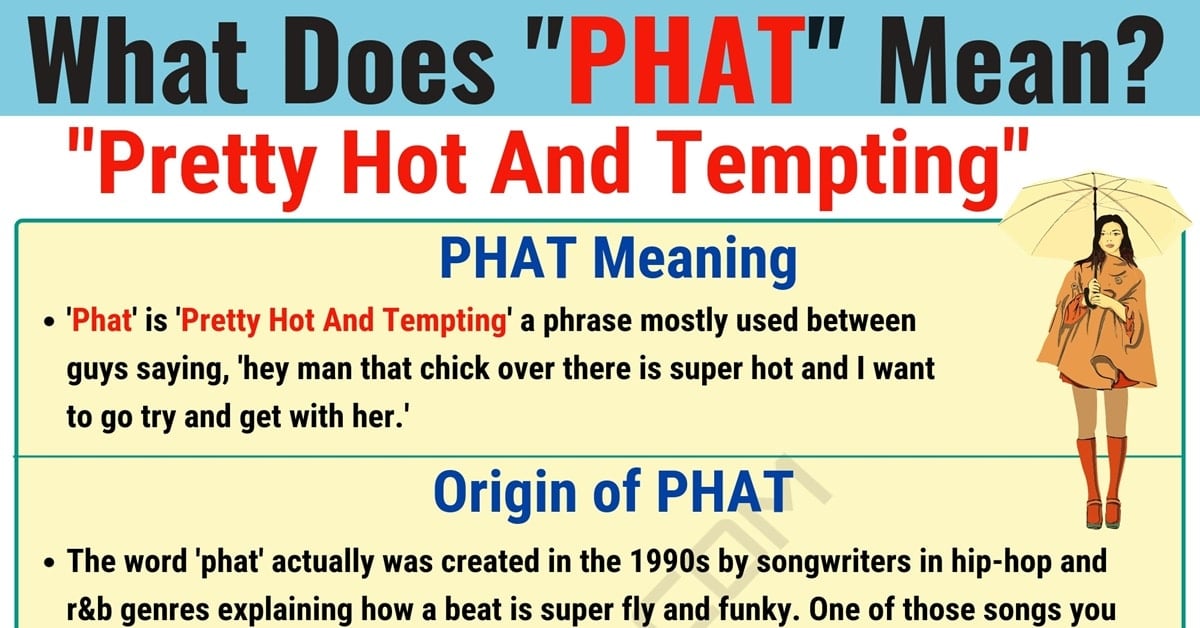 What does PHAT mean? Looking for the definition of this text abbreviation? Learn when and how to use this internet slang term with ESL infographic and useful conversation examples in English.

What Does PHAT Mean?

‘Phat‘ is ‘Pretty Hot And Tempting‘ a phrase mostly used between guys saying, ‘hey man that chick over there is super hot and I want to go try and get with her.’

The word ‘phat’ actually was created in the 1990s by songwriters in hip-hop and r&b genres explaining how a beat is super fly and funky. One of those songs you want to get up and move for. Then later in the late 2000s it has become more of a way to say hey look how hot someone is. However, in Australia it is known to mean ‘great wealth and fortune’ and known for being of Vietnamese origins.

Proper ways to use the phrase ‘phat’ when meaning ‘Pretty Hot And Tempting‘.

Here are a couple of guys who are talking about the new girl at school and one tells his buddy how hot she is and they have a fun joking conversation.

A guy yells across the room and calls a girl ‘phat’, yes she knows he means well and isn’t actually calling her fat yet the tone and way its being said results in a slap in the face. Most women aren’t particularly fond of the term and how some sleazy guys will use it at bars or attempting to look cool.

You can use the term ‘phat’ sweetly between couples and get a simple sweet reaction. Using the phrase ‘phat’ is all in the tone.

Here is the ways ‘phat’ is used when talking about music.

Now a simple conversation by an inspiring rapper asking his friend a review of his new music. The friend said it was ‘phat’ gives the rapper a boost of confidence and agrees his new music is good. 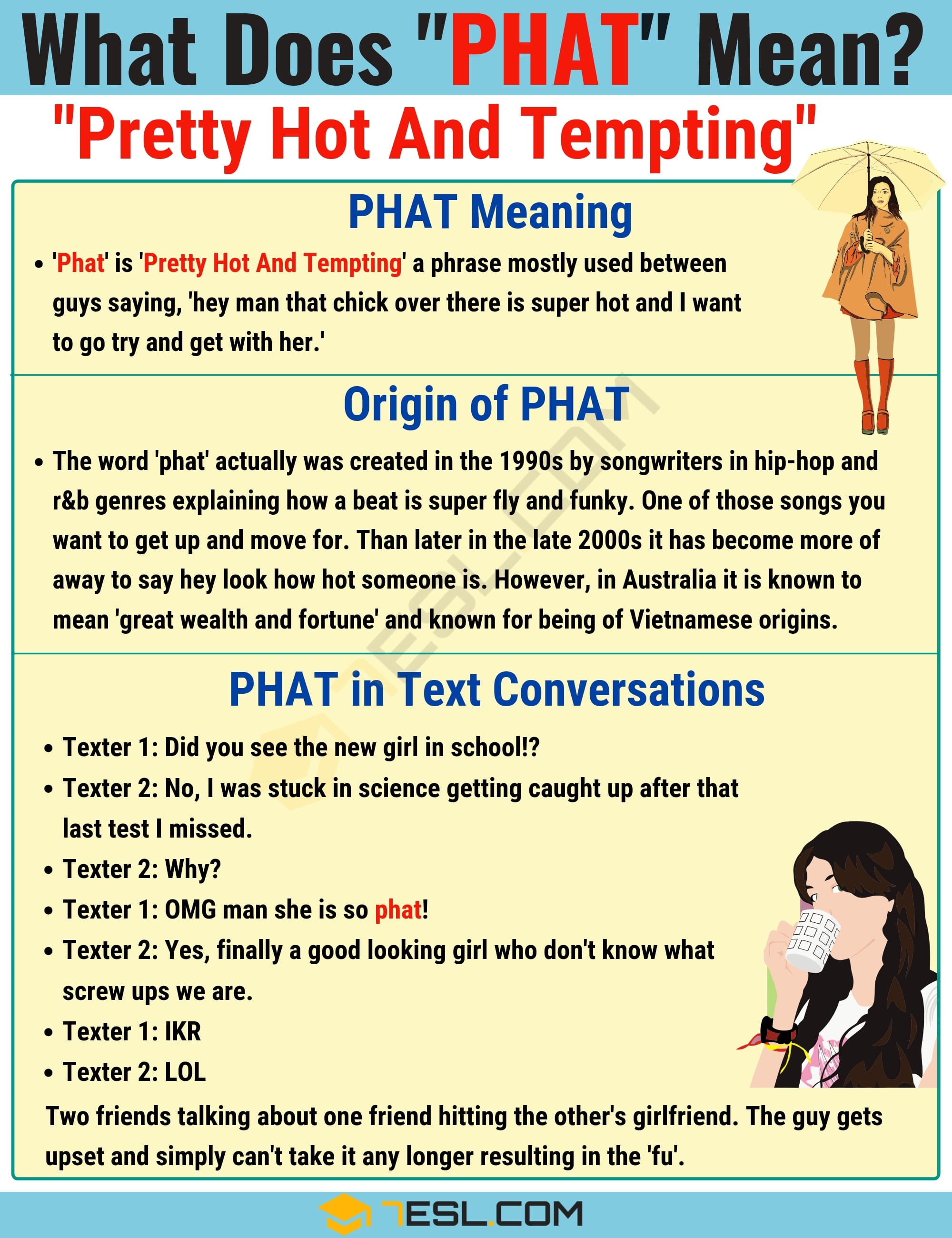