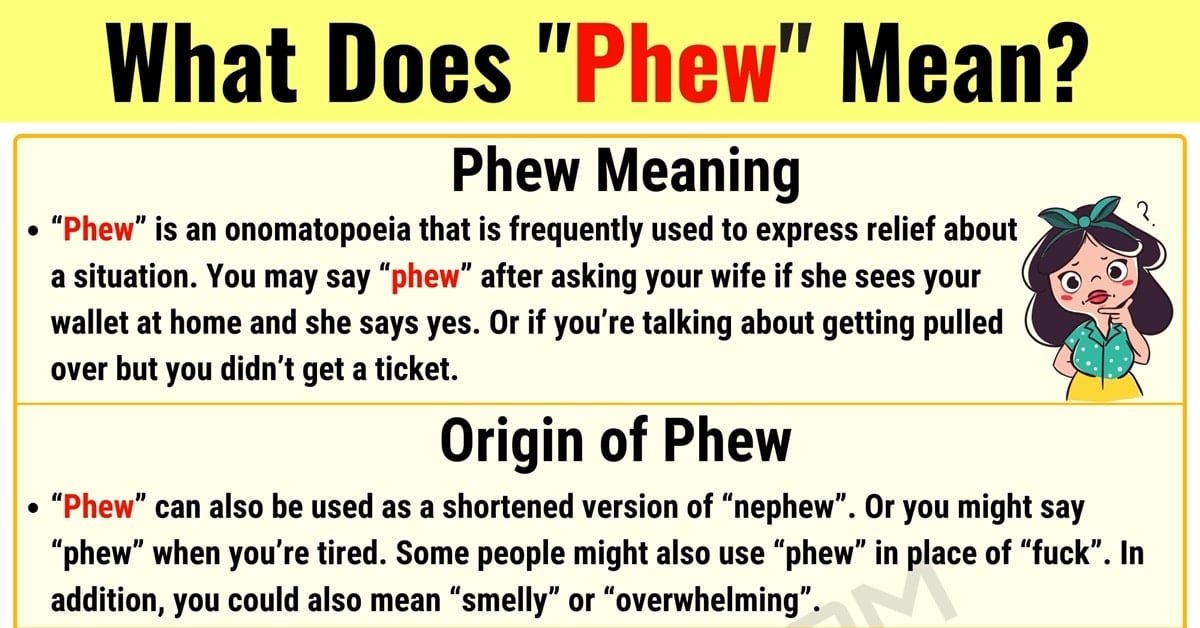 What does the slang “Phew” mean? There are some situations where we use sound effects to impact what we’re talking about. I say “ugh” a lot when I deal with something that I’m not enthusiastic about. This is referred to as an onomatopoeia. “Phew” is another word I’ve used.

What Does Phew Mean?

“Phew” is an onomatopoeia that is frequently used to express relief about a situation. You may say “phew” after asking your wife if she sees your wallet at home and she says yes. Or if you’re talking about getting pulled over but you didn’t get a ticket.

Other Meanings of “Phew”

“Phew” can also be used as a shortened version of “nephew”. Or you might say “phew” when you’re tired. Some people might also use “phew” in place of “fu**”. In addition, you could also mean “smelly” or “overwhelming”.

Each of the following words means the same thing as “being relieved”:

In this example, Laci is panicking that she has locked her keys inside. She explains the situation to her husband, who responds in a typical male fashion – with a smartass remark. But he later rides to the rescue with a spare key location. Laci expresses her relief by saying phew. The crisis has been averted and things can get back on schedule. 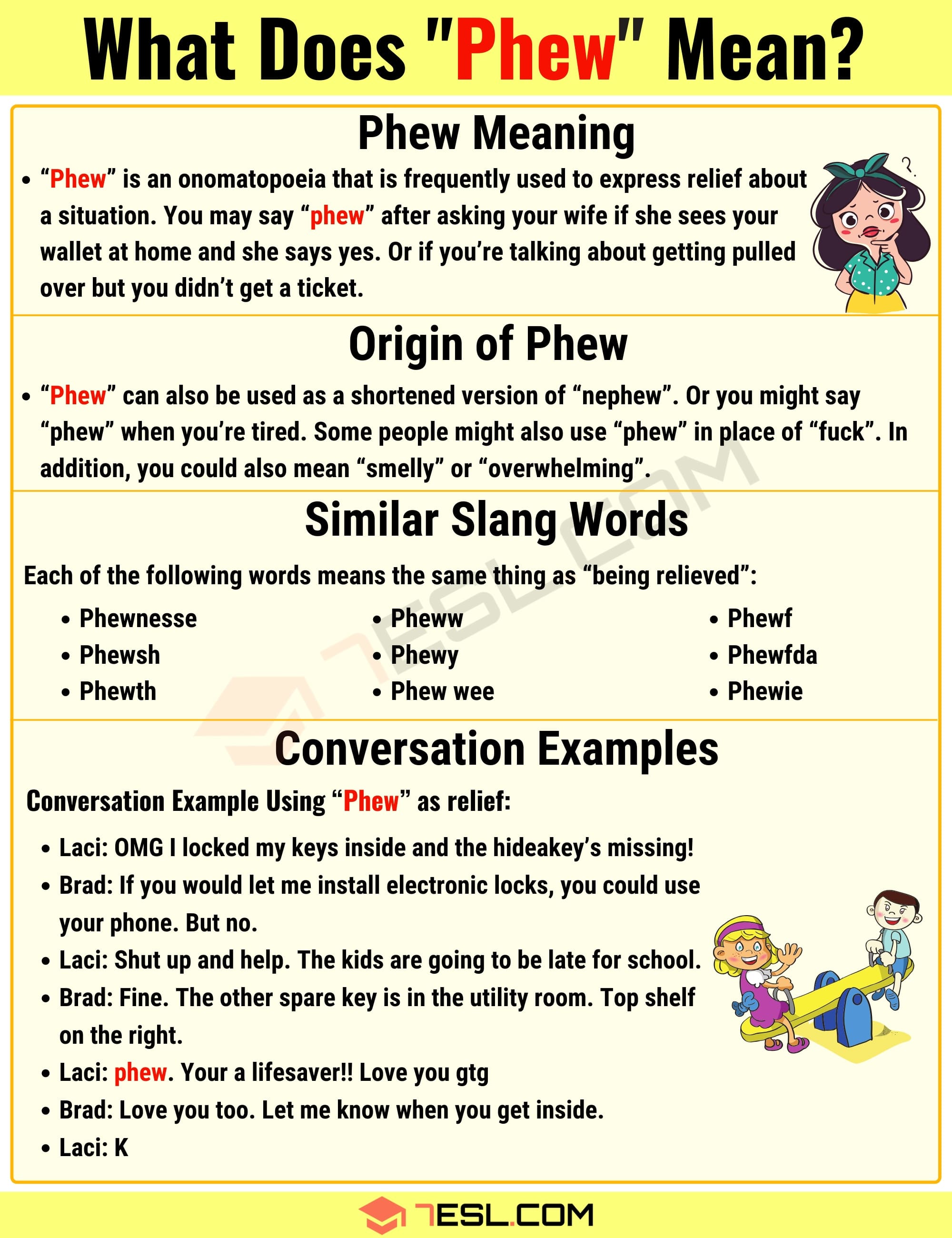