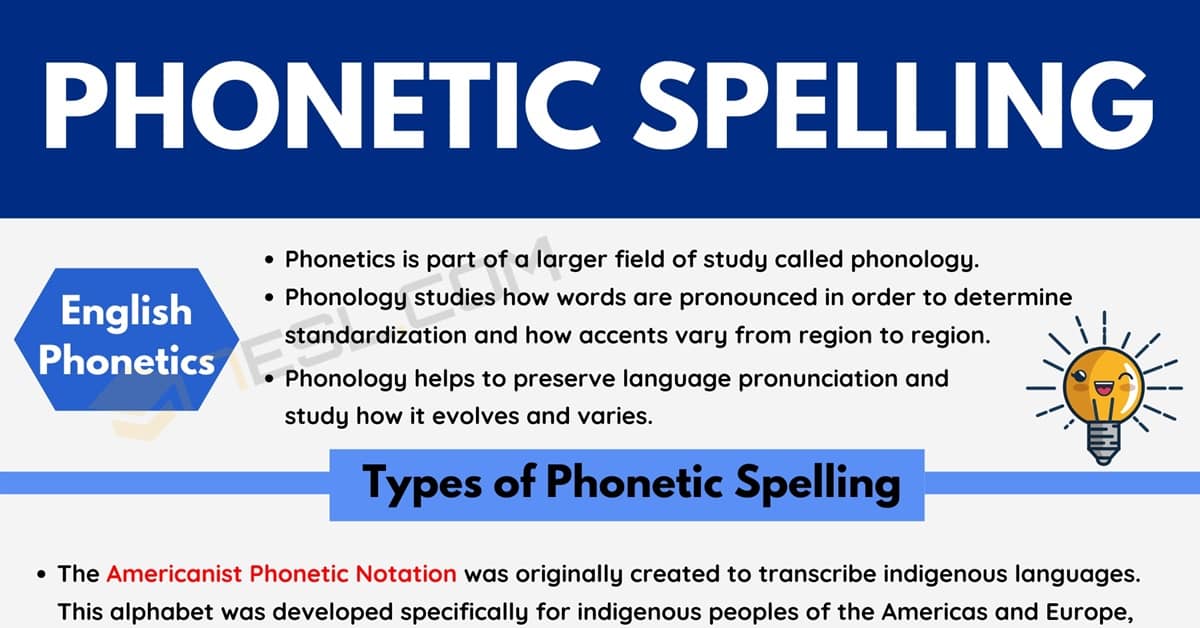 Phonetic Spelling in English! Spelling is one of the more difficult parts of learning a new language. There are many spelling rules and special cases that make it hard to spell correctly. Words often sound very different from the way in which they are written. This makes both speaking and writing a difficult challenge. Many people use a form of writing called phonetic spelling to better reflect the spoken language. Phonetic spelling is a very useful tool for anyone learning a new language, as well as for native speakers to learn new names and vocabulary.

Phonetics is part of a larger field of study called phonology. Phonology studies how words are pronounced in order to determine standardization and how accents vary from region to region. As with many languages, English has a wide range of dialects. American English differs from British English, and both differ from Australian English. Within these dialects, there are even more accents and variations of pronunciation. Phonology helps to preserve language pronunciation and study how it evolves and varies.

As an auditory quality of language, pronunciation is one of the most difficult things to preserve. Scholars still debate how ancient peoples pronounced their words. Phonetics is an important element of phonology that helps to document these aspects of speaking and make pronunciation tangible. It also helps facilitate communication between cultures by clarifying the meanings of words when they do vary.

Phonetics focuses on how humans communicate through speech, or signing in the case of sign language. Before modern recording tools like microphones were available, phoneticians used systems to transcribe speech sounds in order to preserve and study data. These systems evolved into phonetic dictionaries and alphabets. The two main types of phonetic spelling are the Americanist Phonetic Notation and the International Phonetic Alphabet. These are complex systems with their own unique alphabets that professional phoneticians still use today.

Both of these two main types of phonetics are complex, and their rules are not always set in stone. Phoneticians have on occasion reviewed and amended these systems as the field evolves. More commonly, phonetic spelling is used by new English learners to learn pronunciation. For this use of phonetics, there is no special system or lexicon of symbols. Rather, the standard English alphabet is used to sound out each word.

Phonetic spelling is a straightforward, useful tool that can help improve speaking and make new learners more confident. The technical description of phonetic spelling is a one-to-one relationship between the way a word is articulated and the way it is written. These two forms of the word are called the phonemes, which is the spoken form, and the graphemes, or the written form. In the case of phonetic spelling, the graphemes is dictated by the phonemes, meaning the way the word is written is determined by the way it is spoken.

One of the benefits of phonetic spelling is that it is easy to use for all levels of learning. New English speakers can benefit from the straightforward breaking down of words into their sounds, and advanced or native speakers can improve their fluency and add new or uncommon vocabulary words. There are many tools online to become more familiar with phonetic speaking, including some that have the option to pronounce words out loud so you can further solidify the information. 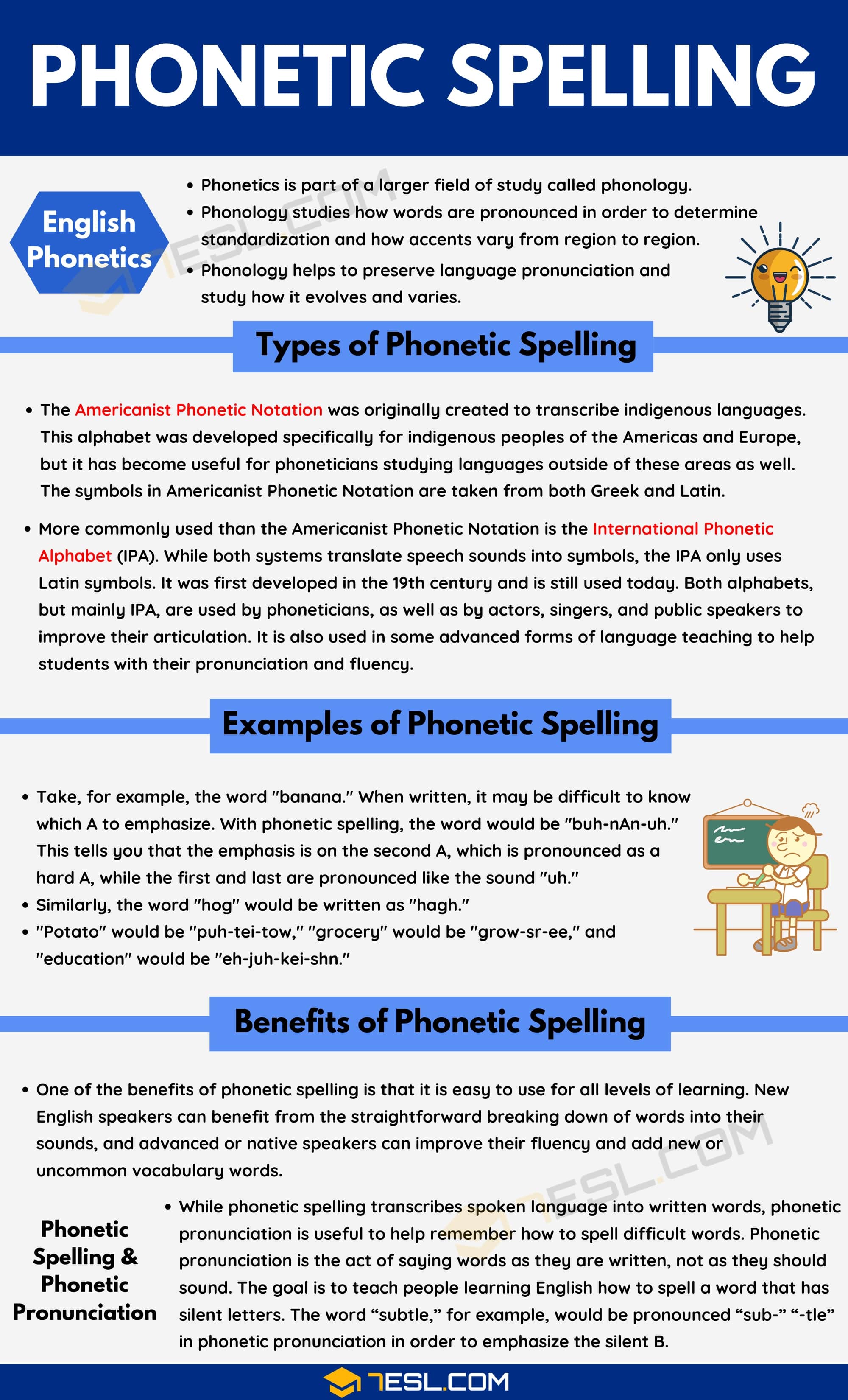 This is superb cool,so informative, thanks for sharing