Act up, Act up to, Act upon Meaning & Examples

Useful chart of phrasal verbs with act with meaning and examples in English. 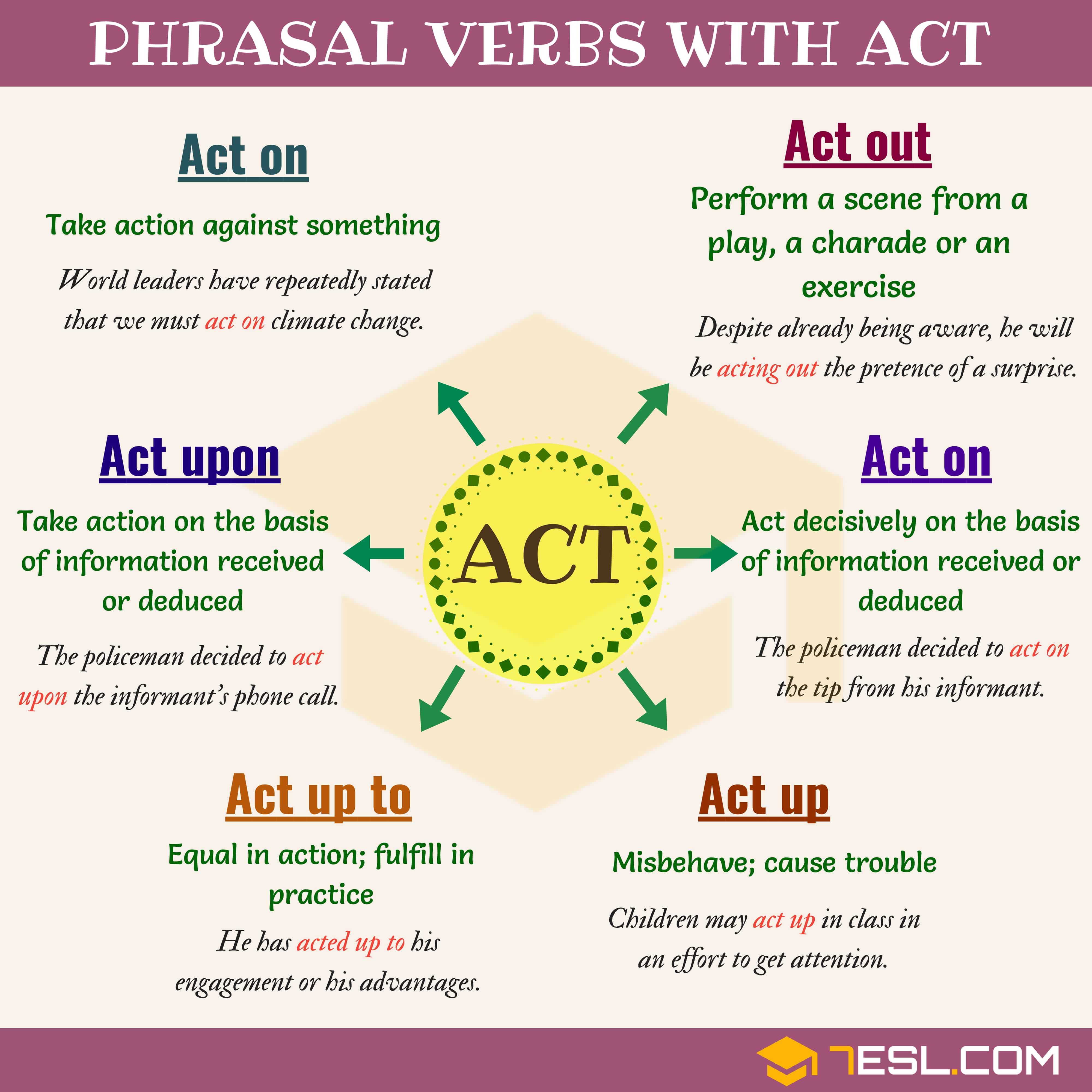