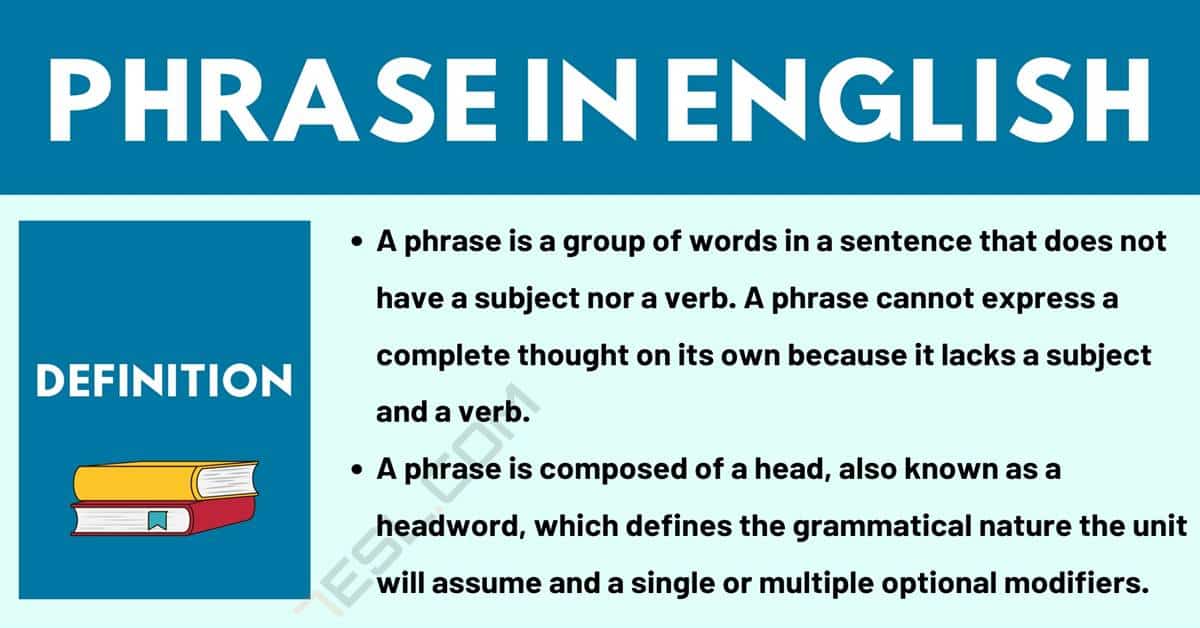 In this article, we are going to be looking at the various types of phrases found in the English language. We will do this by taking a look at the different types of words and also by looking at different examples to further show the use of each type of phrase in English.

What is a Phrase?

A phrase is composed of a head, also known as a headword, which defines the grammatical nature the unit will assume and a single or multiple optional modifiers. A phrase may further comprise of other phrases within them.

Let’s take a look at each of the phrases in detail and its examples:

A noun phrase is composed of a noun and modifiers. Examples in a sentence:

A verb phrase is composed of a verb and words that modify the verb.

A gerund phrase is a noun phrase that starts with a verb that acts as a noun. Here are the examples:

It is a noun phrase that starts with an infinitive verb. The following are the examples:

An appositive phrase is a phrase that defines and reaffirms a noun. It’s composed of single or multiple words. Here are the examples:

This type of phrase starts with a present or past participle. Here are the examples:

A prepositional phrase can function as an adverb, adjective, or a noun and starts with a preposition.

Here are the examples:

An absolute phrase is composed of a modifier, noun, and a participle. Here is an example:

Phrases are a great addition to any form of writing. As a writer, the addition of phrases in your content is one of the ways to make it more meaningful and useful to your readers. Correct use of phrases ensures your content has a smooth flow, and the readers will love reading it again and again. Also, phrases add clarity to any form of writing, which means the reader can easily understand the intent of the writer. The choice of phrases is also important because not all phrases can fit in a particular sentence or paragraph. Ensure the phrase you choose only makes your content better.

Mastery of phrases is essential because, as a writer, you will not take time thinking of the phrases to apply to your writing to make it exciting and meaningful. 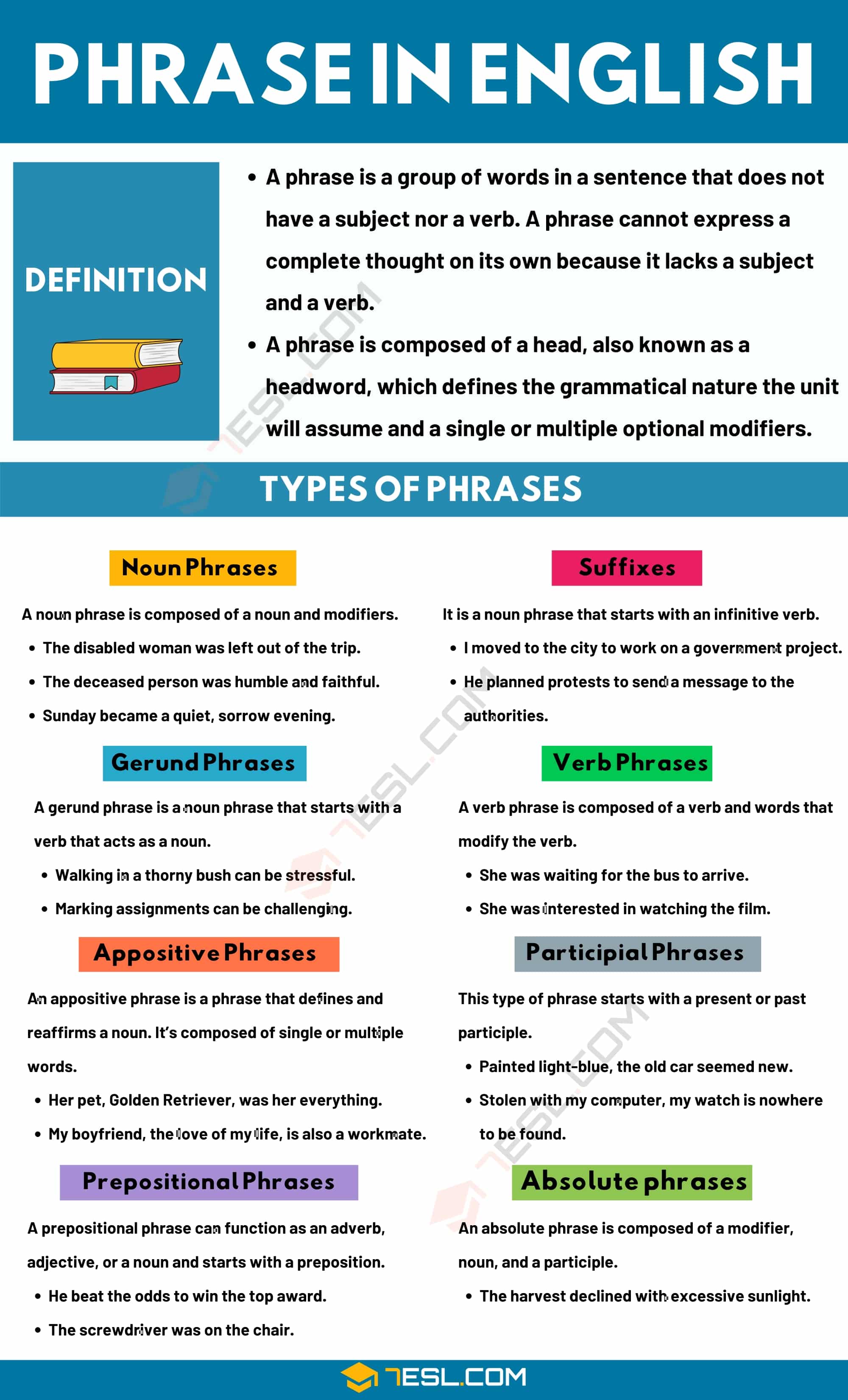 I have a question please around this lessen (The phrase)..

I can see that there are subjects and verbs in the almost examples you have already givet while you difine the prhase as.. ( A phrase is a group of words in a sentence that does not have a subject nor a verb.)

Could you please give some illustration?

Thank you, but I think it’s better to underline the target for the beginners like me. Hopefully,waiting for that.