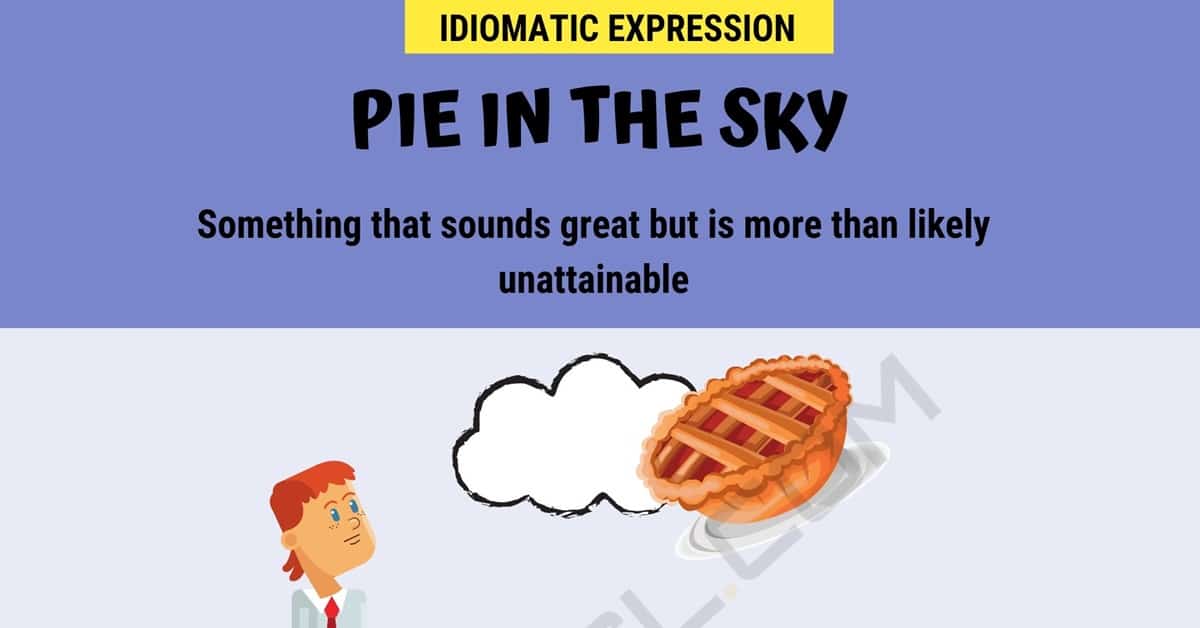 The idiomatic phrase “pie in the sky” is one you may hear or see a lot in everyday conversation and writing. Here you will find the definition of this phrase and the explanation of its origin. You will also find examples of how to use this phrase properly in conversations/statements and learn other ways to say the same thing using a more literal expression.

Pie In The Sky

Pie In The Sky Meaning

The idiom “pie in the sky” can be defined as something that sounds great but is more than likely unattainable.

This phrase comes from the 20th century where it was used in a song parody. In 1911, a member of a labor organization by the name of Joe Hill first used the phrase in his song “The Preacher and the Slave.” The phrase became popular in the 1930s during the Great Depression. Since then it has been a widely used idiom in the English language.

Pie In The Sky Examples

A statement made in the local newspaper by a politician about his opponent.

A statement made in an entertainment magazine by a celebrity.

A conversation between two high school students regarding the upcoming student council elections.

A conversation between a father and his daughter.

Other Ways to Say “Pie In The Sky”

Pie In The Sky Meaning | Picture 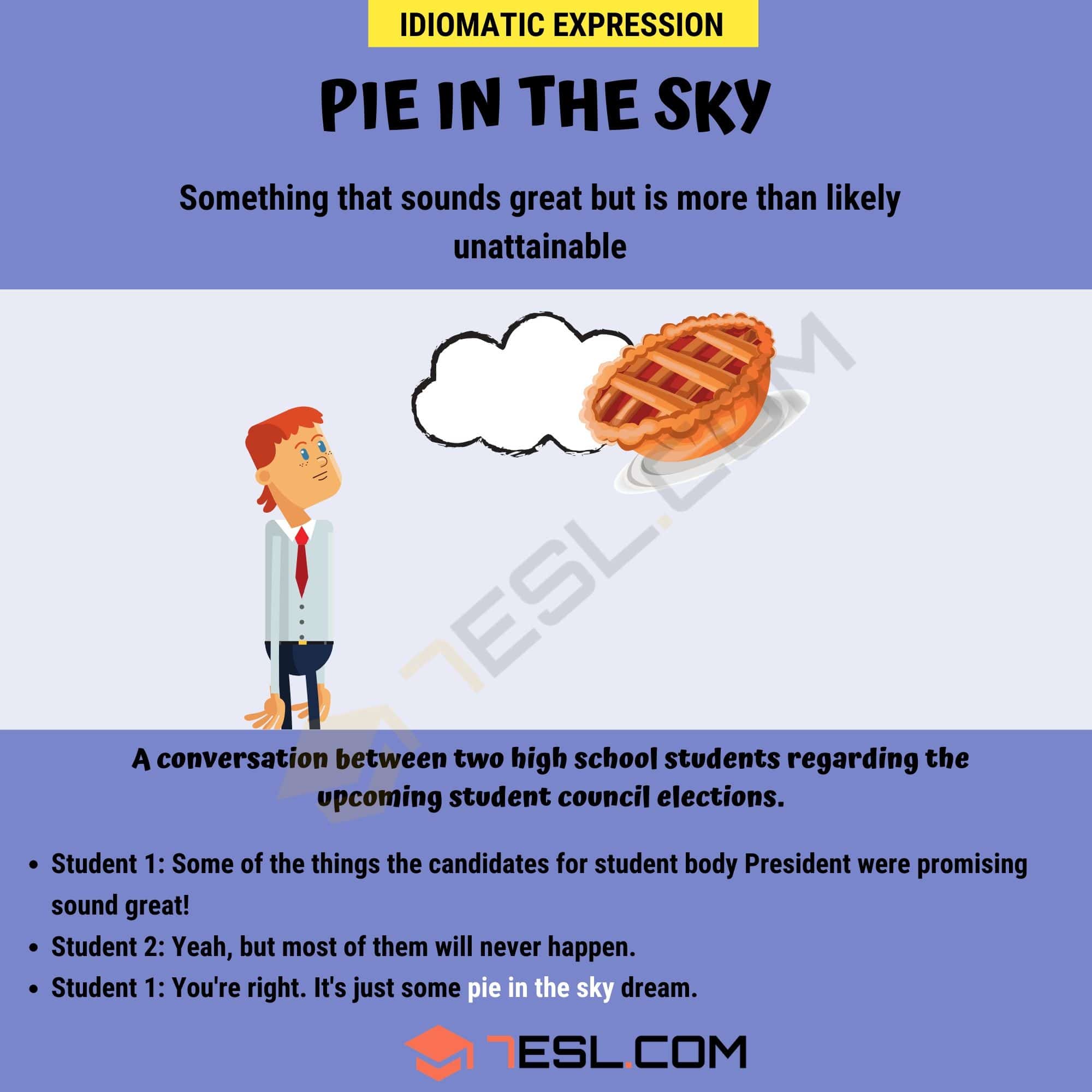