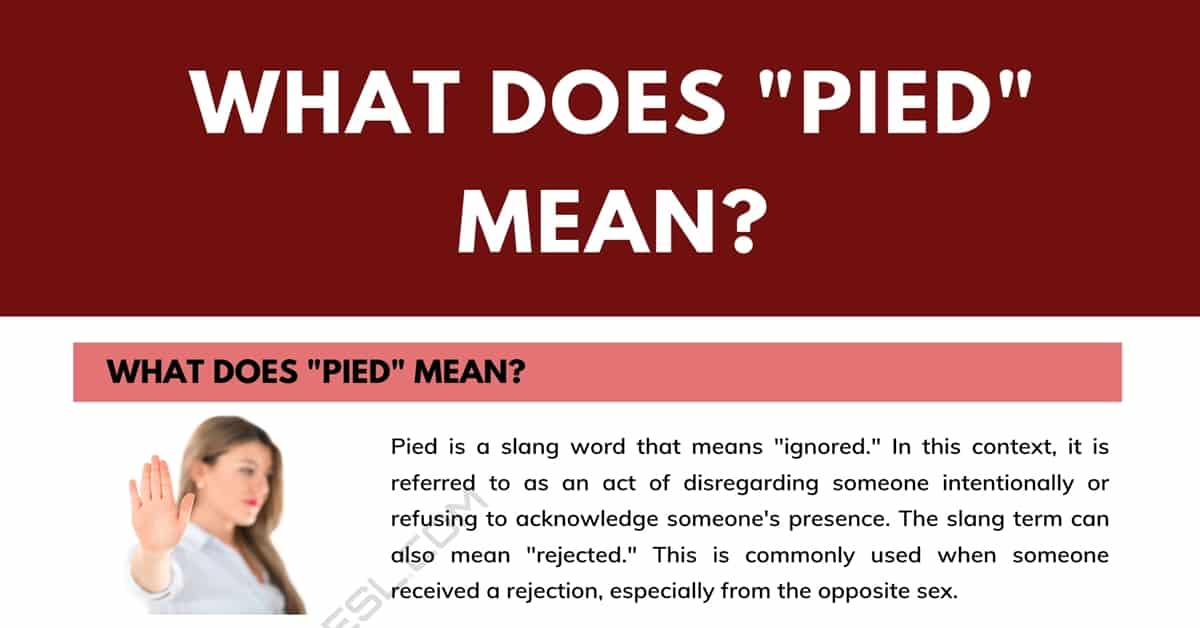 Slang are spoken words or phrases used informally by particular groups of people. Most slang has not earned a spot in the dictionary and some may be listed with their official definition which could be misleading. The word “pied” is one of those slang words that have an official definition but used differently in informal contexts.

What Does “Pied” Mean?

Pied is a slang word that means “ignored.” In this context, it is referred to as an act of disregarding someone intentionally or refusing to acknowledge someone’s presence. The slang term can also mean “rejected.” This is commonly used when someone received a rejection, especially from the opposite sex.

It was in the 1890s when the Vaudeville Slapstick Routine was introduced in theatrical productions. The routine involved throwing a pie in the victim’s face. From this routine, the slang “pied” developed to describe someone who needs to cover his or her face with a pie after being ignored.

The slang “pied” originated from a medieval German legend. It was based on a character called “Pied Piper.” The fictional character gained popularity through an 1842 poem by Robert Browning. According to legend, a pied piper is a person who is easy to pursue but may not have the best intentions in the end. It refers to an individual who can attract attention without great effort but does not aim for any good or positive outcome. A pied piper does not care about his follower’s wellbeing, comfort, or happiness. The term has traveled through time from medieval German legend through the modern era. You will most likely hear the slang term on television, especially in the T.V. show “Love Island.”

It is a term used when you got purposefully ignored by someone after attempting contact through text, online, or in person. If you attempt to interact with someone and you nod or wave but he or she ignores you, then chances are, you just got pied. Another example is if you sent a message to someone online and you can see that the recipient has seen your message but does not care to respond. It can also be used when someone entices you only to leave you hanging after getting your full attention or just rejects you in the end. 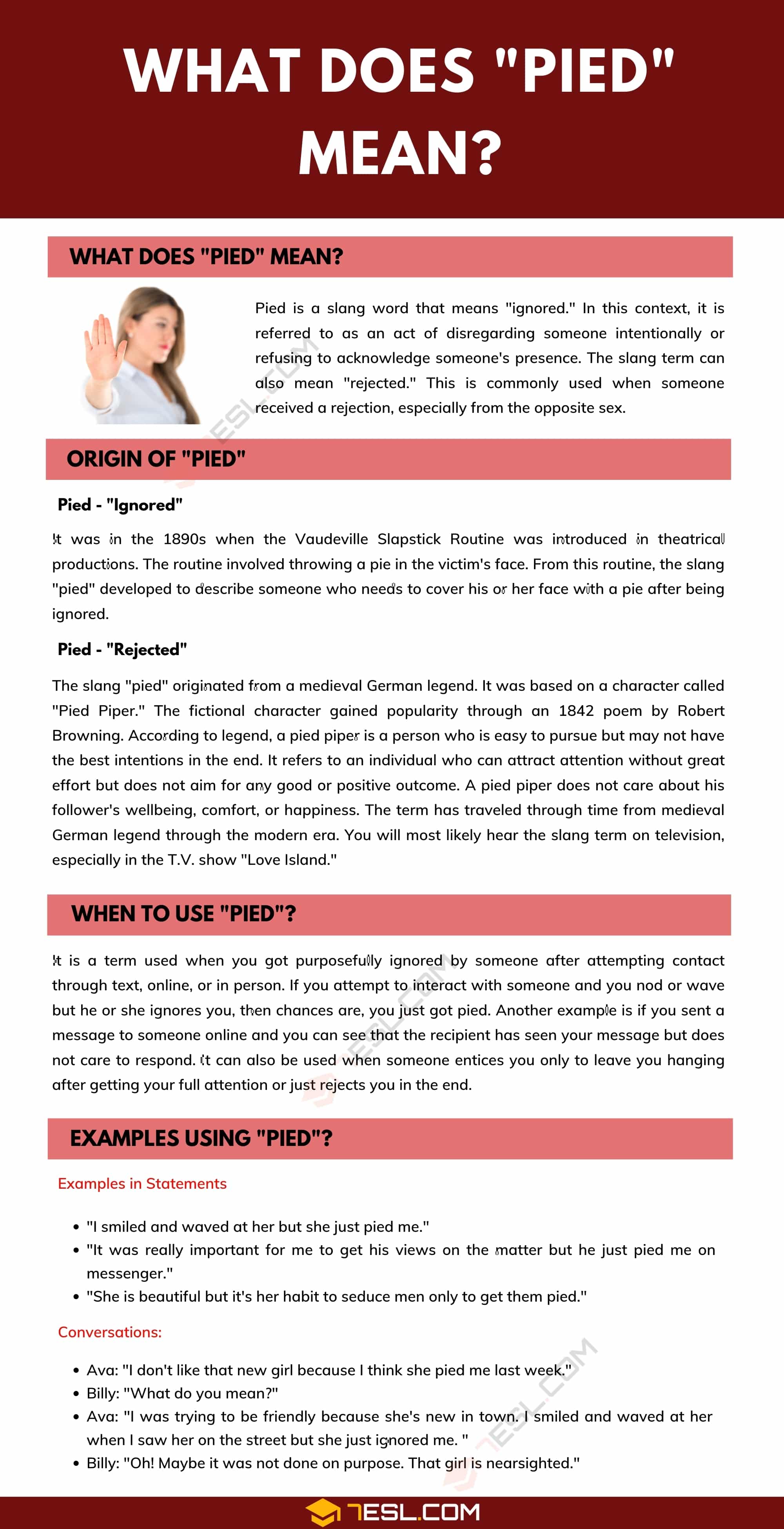