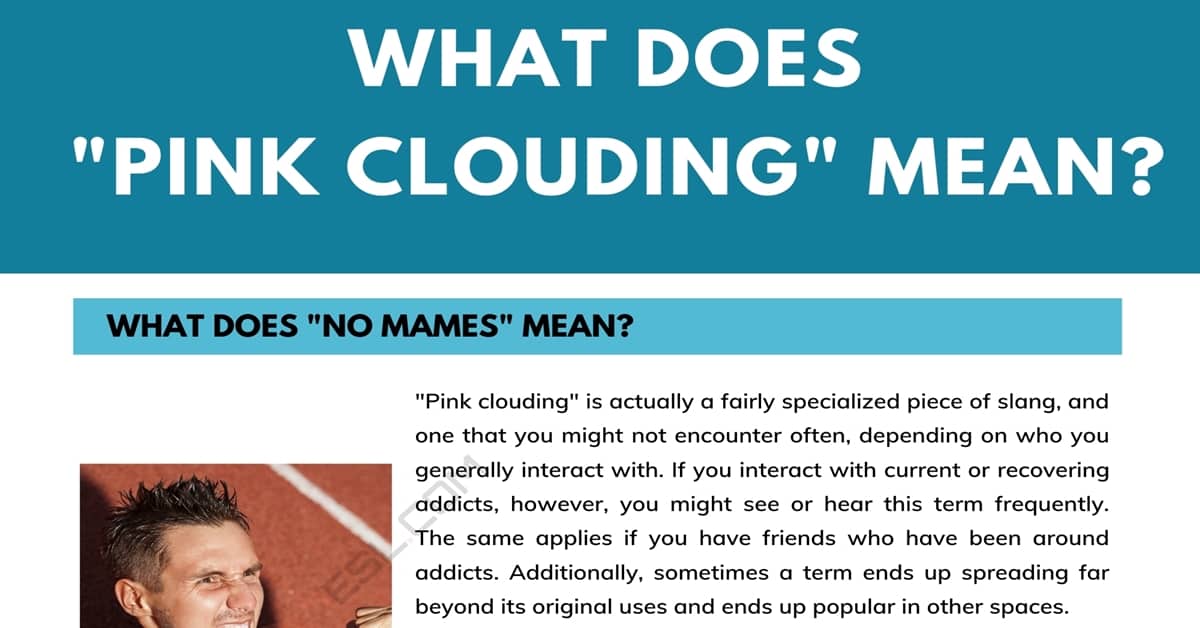 What does “pink clouding” mean? English can be a pretty tricky language, whether it’s your first language or not. It uses rules and phrases from many different languages, and once you’ve got all that down, you’re still left with slang and colloquialisms, and those can change frequently. It can seem impossible to keep up, but we’re here to help! This discussion is regarding the phrase “pink clouding.”

What Does “Pink Clouding” Mean?

“Pink clouding” is actually a fairly specialized piece of slang, and one that you might not encounter often, depending on who you generally interact with. If you interact with current or recovering addicts, however, you might see or hear this term frequently. The same applies if you have friends who have been around addicts. Additionally, sometimes a term ends up spreading far beyond its original uses and ends up popular in other spaces.

“Pink clouding” refers to the state of euphoria a person feels immediately after detoxing from a substance they were addicted to.

In recovery and support groups like Alcoholics Anonymous, Pink Cloud Syndrome (an unofficial name) was common enough to evolve into easier slang. For most addicts, there are multiple stages of recovery. The first stage is detox, which is unpleasant at best, in which the substance leaves the system.

Once that ends, there’s a state of euphoria, when the person feels like they’re “on cloud nine” and might see the world through rose-colored glasses. Everything seems great, and it feels like anything is possible. This stage is referred to as Pink Cloud Syndrome, or as the process or act of pink clouding. The next stage is a return to reality and routine, which can feel like a rude awakening after such euphoria.

Other Meanings for “Pink Clouding”

“Pink clouding” has made occasional trips into a less specialized vocabulary, but so far, it’s generally faded from use outside of addition and recovery circles. When it is used in a more generalized setting, it tends to be referring to people who are viewing the world in a way that’s optimistic to the point of losing touch with reality, such as someone euphoric about being in a new relationship.

While “pink clouding” is largely used with people who have the experience, secondhand or otherwise, with addiction and recovery, anyone can use it.

When to Use “Pink Clouding”

If you’re interacting with people who you’ve heard use this particular piece of slang before, then you should be safe using it to refer to a state of unrealistic euphoria. If you haven’t heard it from them before, it might be better to avoid it unless you feel like giving an explanation.

Instead of “pink clouding,” you can be more explicit in what you mean. For instance, you can say something like, “They’re acting like everything is perfect when it really isn’t.” By being more specific, you can avoid any misunderstandings or need for further explanation.

The following are some examples of how you might see or hear “pink clouding” be used. 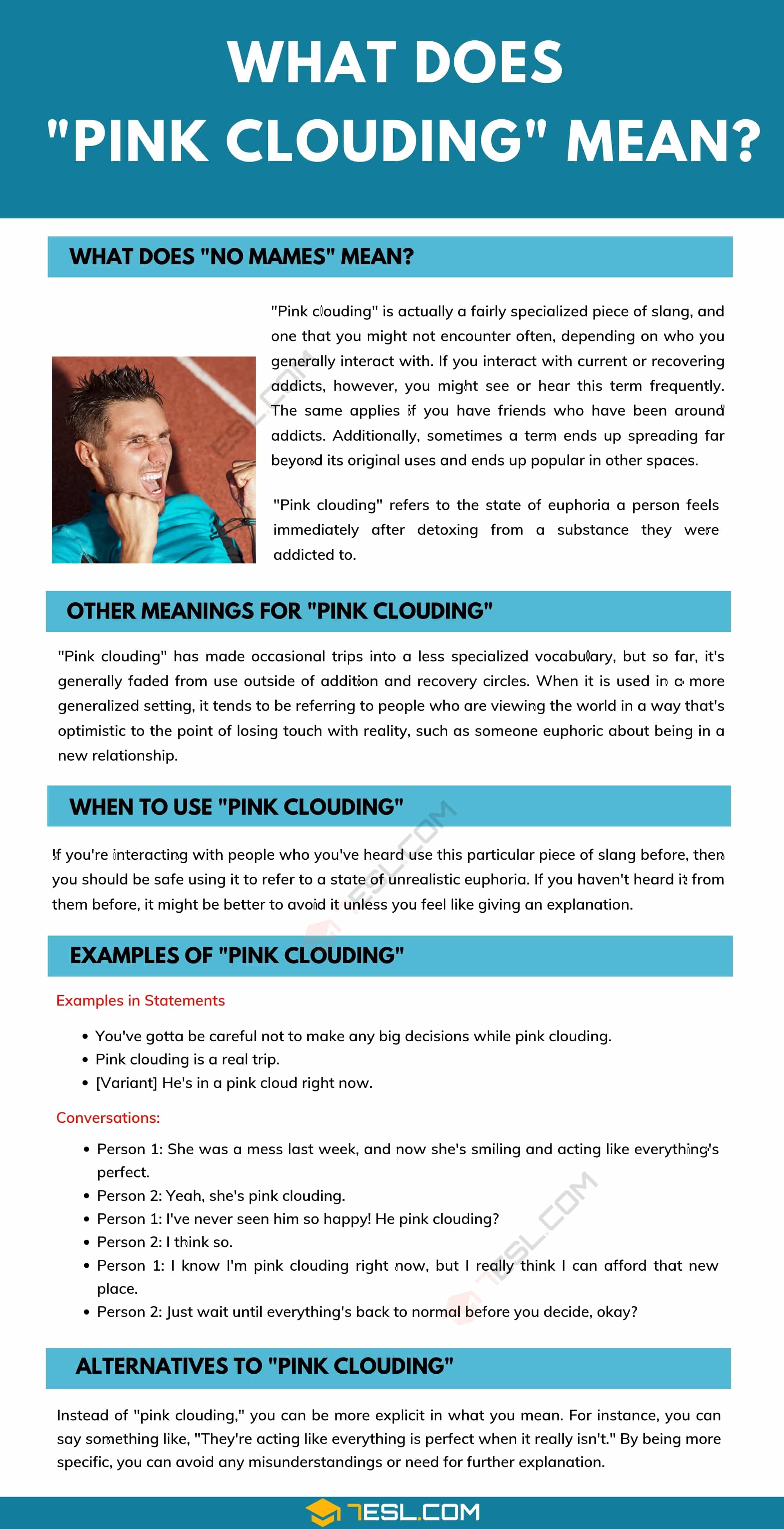