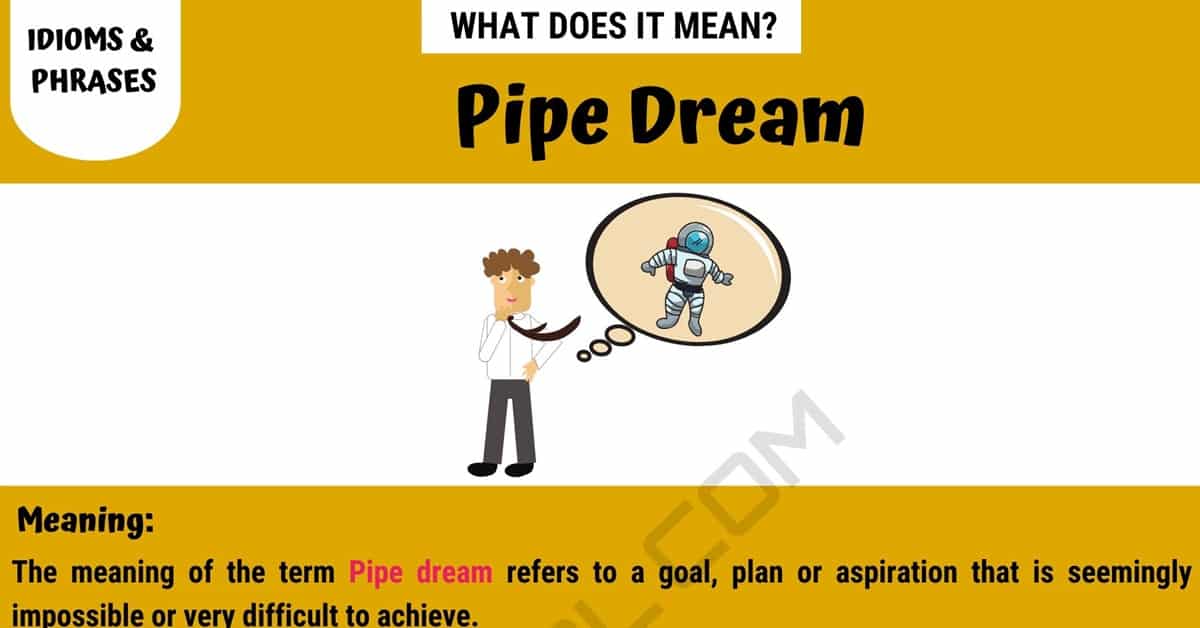 You may have frequently heard the term Pipe dream used in English conversation, you may have also wondered what this term means. We are now going to take a look at the meaning of this phrase and see how it can be used in day to day conversation. We will also look at a little bit of the history behind the phrase and where it originally came from.

The meaning of the term Pipe dream refers to a goal, plan or aspiration that is seemingly impossible or very difficult to achieve.

The term Pipe dream finds its origins in the 19th century when people would smoke opiates through a pipe. When they were high from the drugs, they would talk about impossible dreams and ambitions which they never truly believed they would reach, therefore coining the term a Pipe dream.

To see how the term Pipe dream can work in our day to day speech, here are some examples of the phrase being used in sentences.

This is a statement being made by a son about his other.

Here is a statement being made by a man about his aspiration of travelling the world.

In order to see how the idiom Pipe dream can fit into a conversation, here are some examples showing its use within them

The first conversation is taking place between a teacher and a student.

This next conversation is happening between two friends.

There are many other ways in which you can express the meaning of the term Pipe dream, here are some examples of other things you might say. 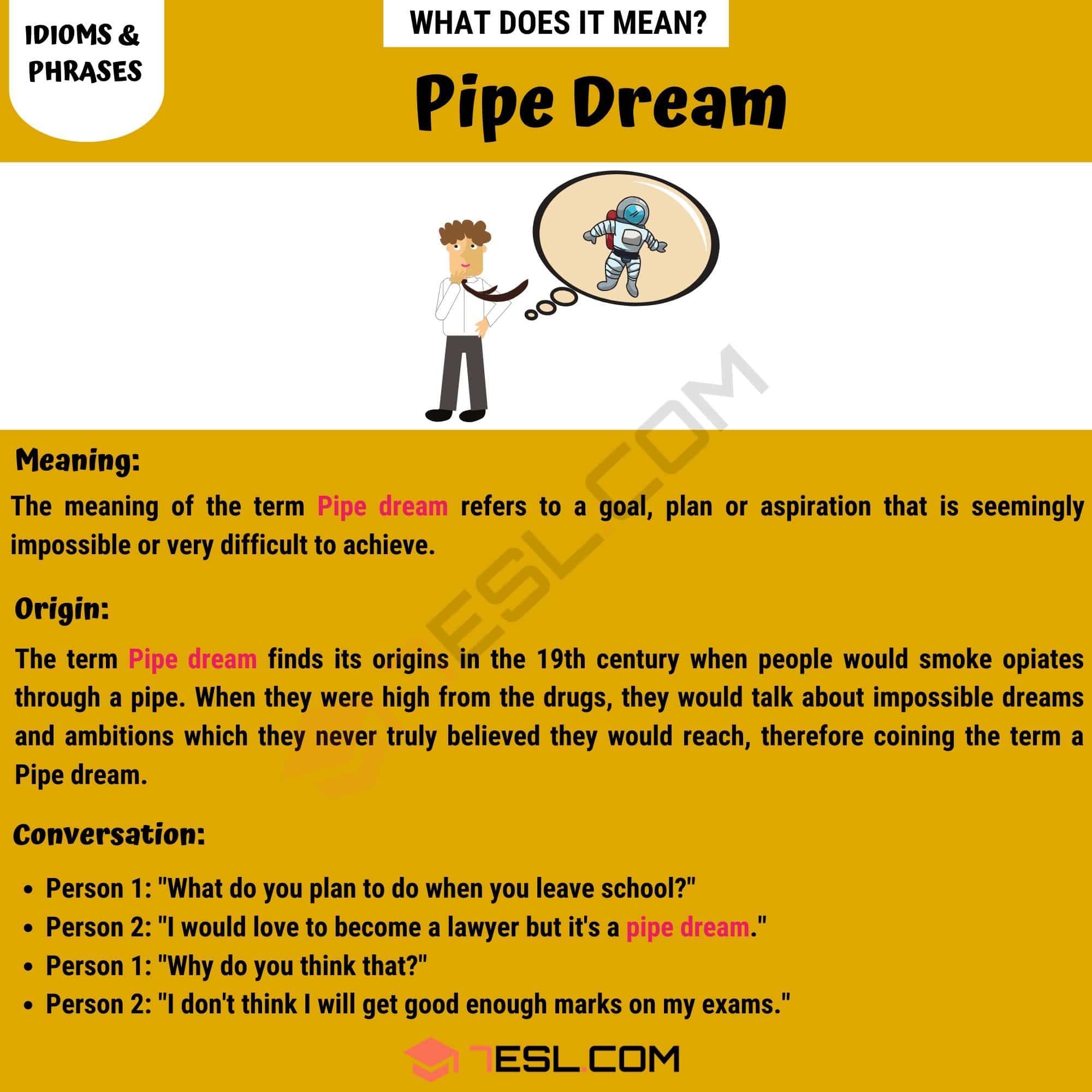