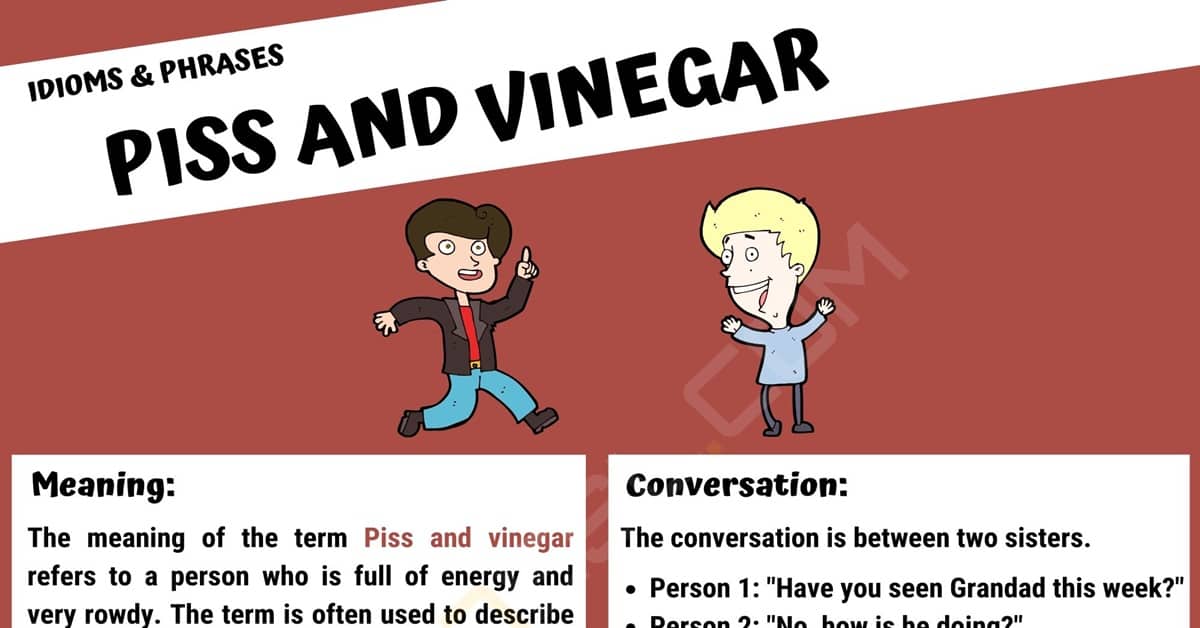 The meaning of the term Piss and vinegar refers to a person who is full of energy and very rowdy. The term is often used to describe an elderly person who is still very sprightly. It is worth noting that when using the term in the United Kingdom, the word piss is seen as profanity and can be offensive to some listeners.

The origin of the idiomatic phrase Piss and vinegar can be found in the novel In Dubious battle written by John Steinbeck, where the term is used to refer to a group of boisterous men.

There are many different times in which you might hear the term Piss and vinegar. We are now going to take a look at some examples of times you may see it in a sentence.

The first statement is taken from the original text in which we find the phrase.

The next statement is being made by a person discussing some local young people.

If you are curious to see how the term Piss and vinegar would work in a conversation, here are some examples to demonstrate it’s used.

The first conversation is between two sisters.

This next conversation is taking place at a school.

There are other ways in which you might express the meaning of the term Piss and vinegar.

Here are some examples of other things you could say which carry the same meaning. 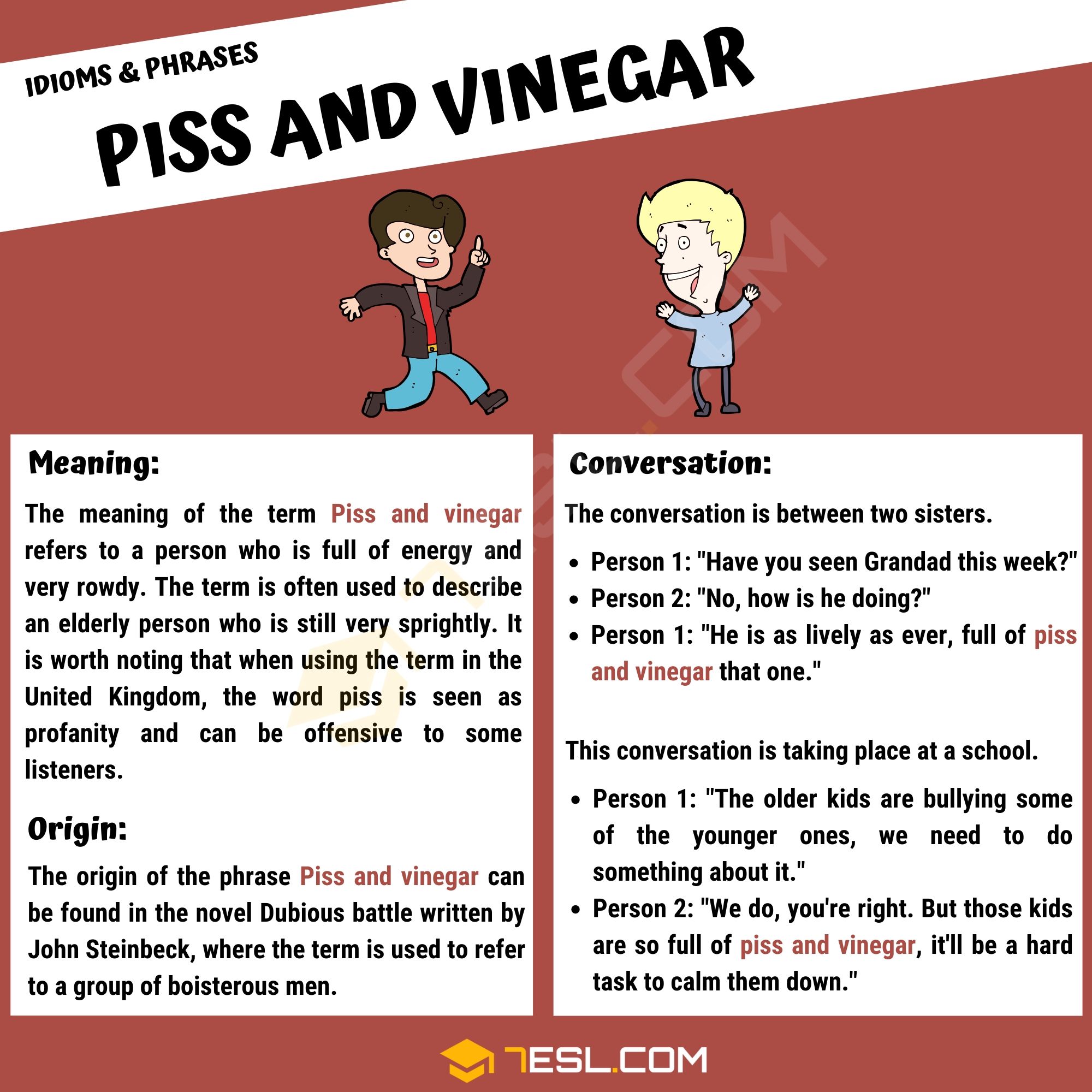