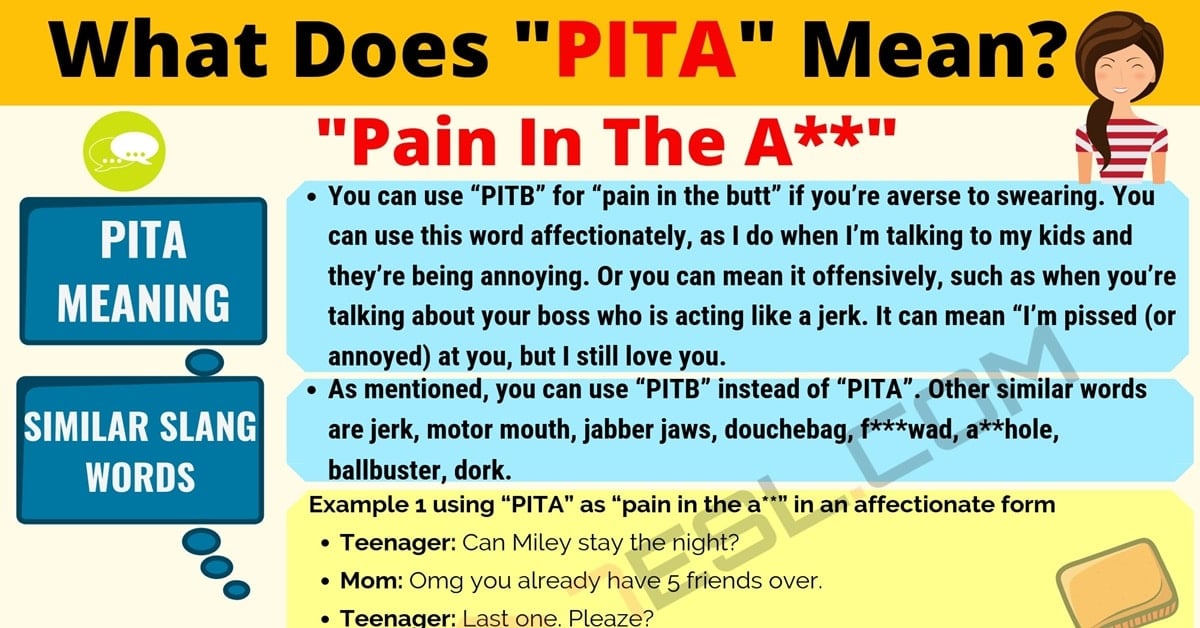 What does PITA mean? What is the definition of this internet acronym? Learn how and when to use this text abbreviation with ESL infographic and useful conversation examples in English.

What Does PITA Mean?

You can use “PITB” for “pain in the butt” if you’re averse to swearing. You can use this word affectionately, as I do when I’m talking to my kids and they’re being annoying. Or you can mean it offensively, such as when you’re talking about your boss who is acting like a jerk. It can mean “I’m pissed (or annoyed) at you, but I still love you.

As mentioned, you can use “PITB” instead of “PITA”. Other similar words are jerk, motor mouth, jabber jaws, douchebag, f***wad, a**hole, ballbuster, dork.

“PITA” can also mean a type of Mediterranean bread or a person with pale skin that reminds a person of pita bread. It can also mean a vulgar expression referring to a sexual position, “put it in the a**”. 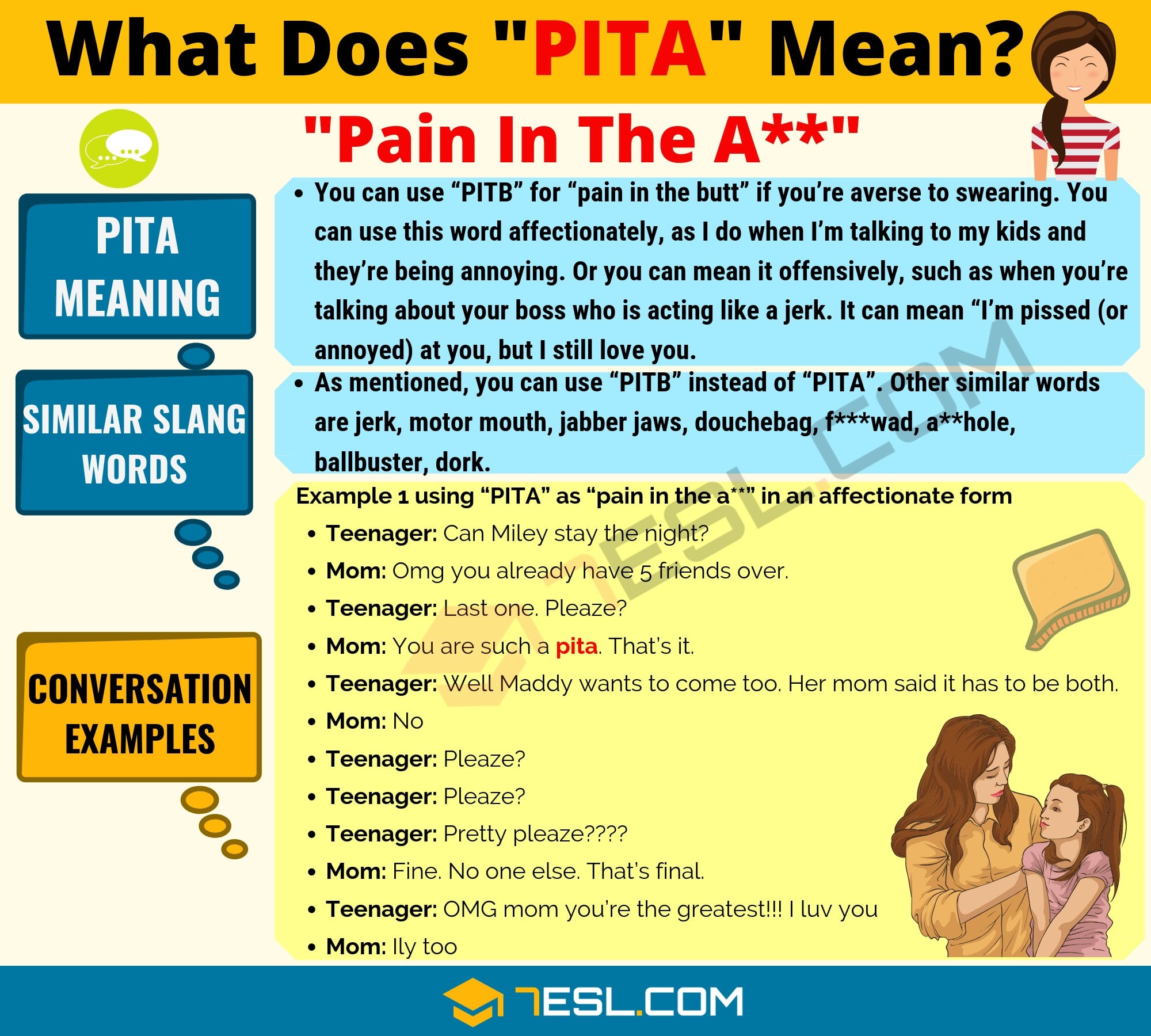