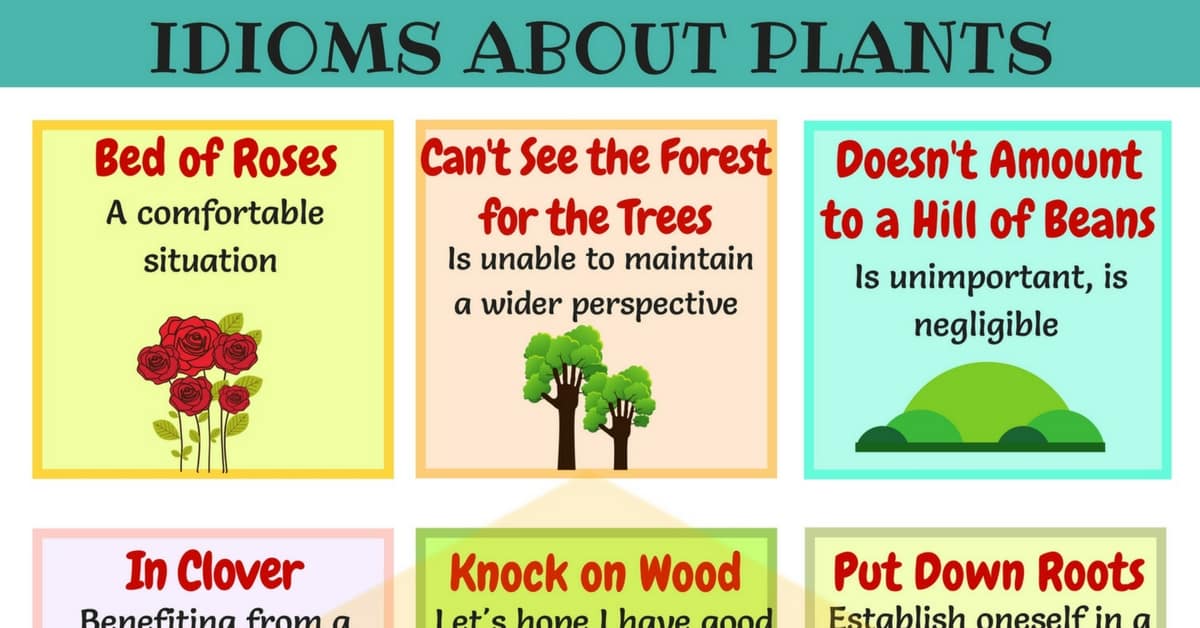 List of Idiomatic Expressions about Tree, Flower and Plant

Plant, Flower and Tree Idioms with Meaning and Examples

(The) Wrong End of the Stick

Beat Around the Bush

Can’t See the Forest for the Trees

Note: A British and Australian equivalent is “can’t see the wood for the trees.”

Don’t Amount to a Hill of Beans

Go Out on a Limb

Hear (Something) Through the Grapevine

Note: This is possibly of Druid origin, referring to the propitiation of tree spirits. “Touch wood” is more common in the UK, but is used in the USA as well.

Make Hay (While the Sun Shines)

Note: This is a proverb.

No Tree Grows to the Sky

Note: This is a very old idiom, originating from the use of the branch of an olive tree as a symbol of peace or victory in ancient Greek culture.

Nip (Something) In The Bud

Too Many To Shake A Stick At 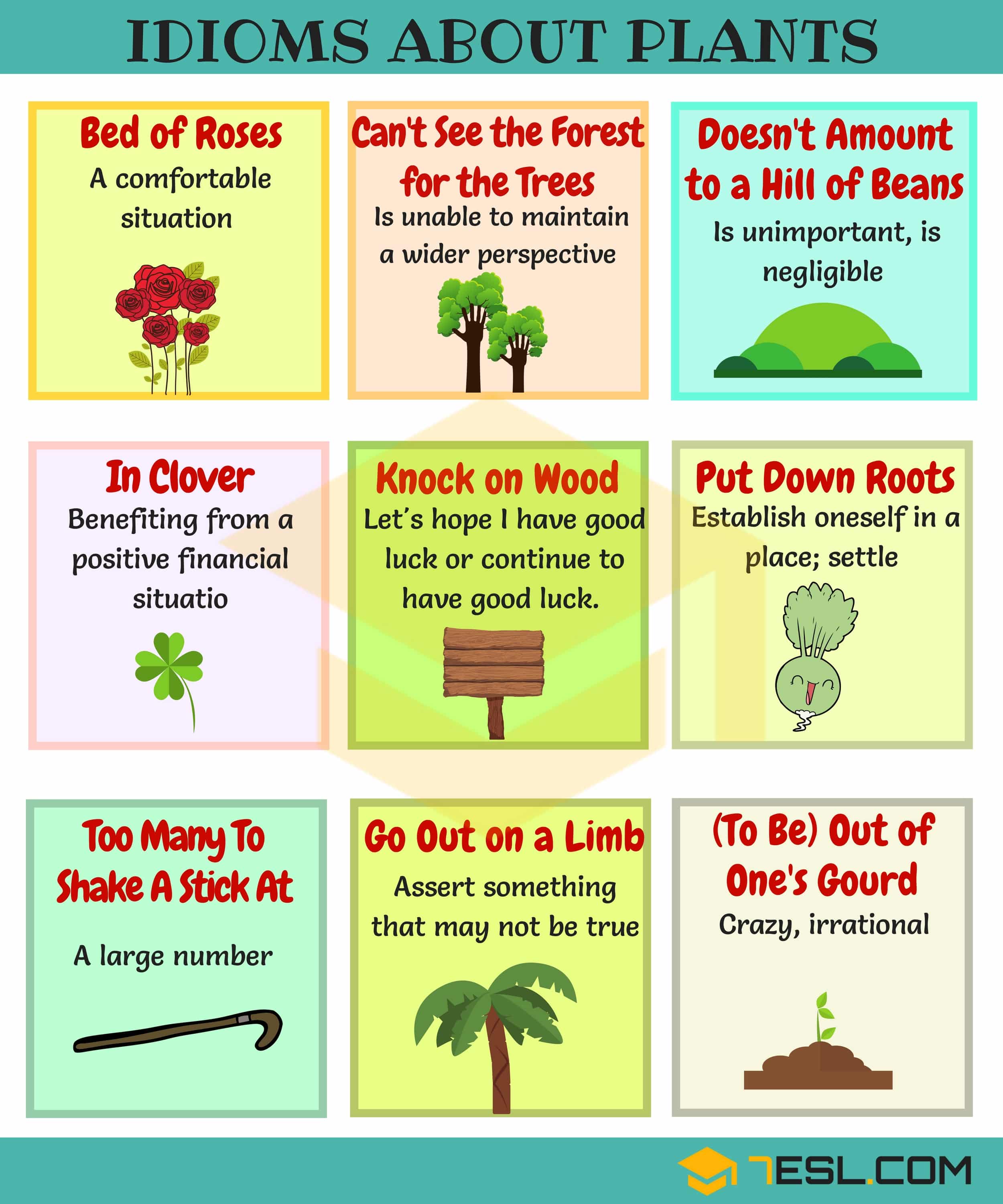 This is best thing i have ever got