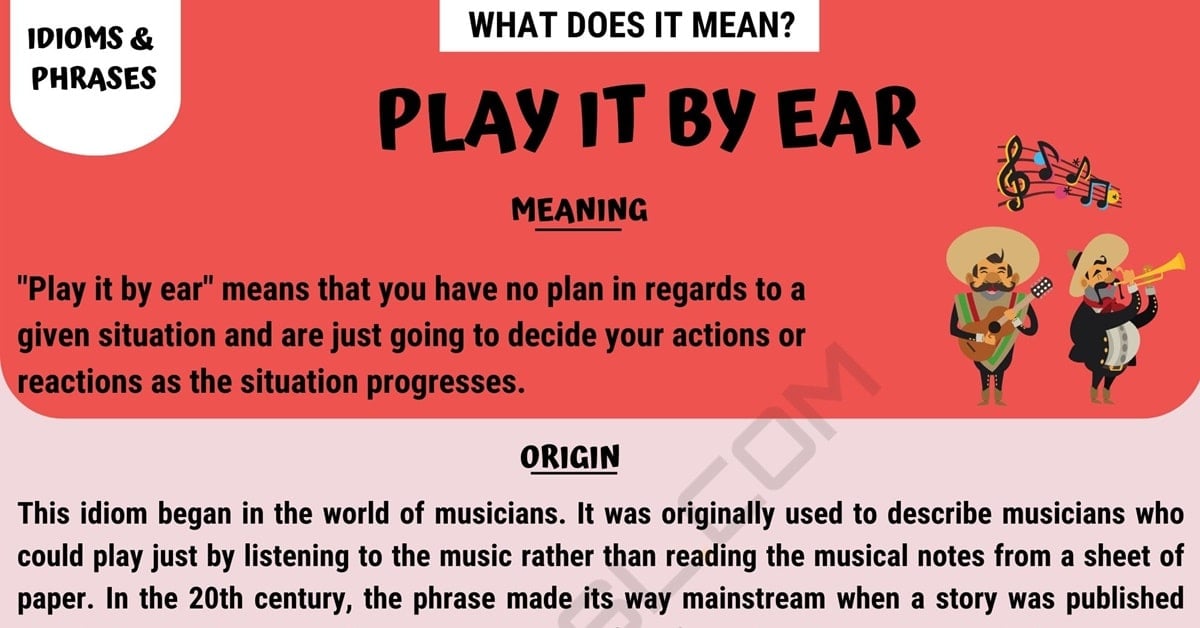 The idiomatic phrase “play it by ear” is a popular idiom used today as a part of everyday conversation and writing. Here you will find the meaning of this phrase and its origin story. You will also be provided with some conversation/statement examples to help you understand how they are used in everyday communication.

Play It By Ear

Play It By Ear Meaning

“Play it by ear” means that you have no plan in regards to a given situation and are just going to decide your actions or reactions as the situation progresses.

This idiomatic phrase began in the world of musicians. The phrase was originally used to describe musicians who could play just by listening to the music rather than reading the musical notes from a sheet of paper. In the 20th century, the phrase made its way mainstream when a story was published about a baseball team and the current meaning of the figurative phrase was adopted.

Play It By Ear

A statement made in a local newspaper.

A statement made during a speech.

A conversation between a girl and a boy.

A conversation between two team members at work.

Other Ways to Say “Play It By Ear”

There are several ways to say “play it by ear” in a literal way. Things you could say to convey the same meaning include:

Play It By Ear Meaning | Image 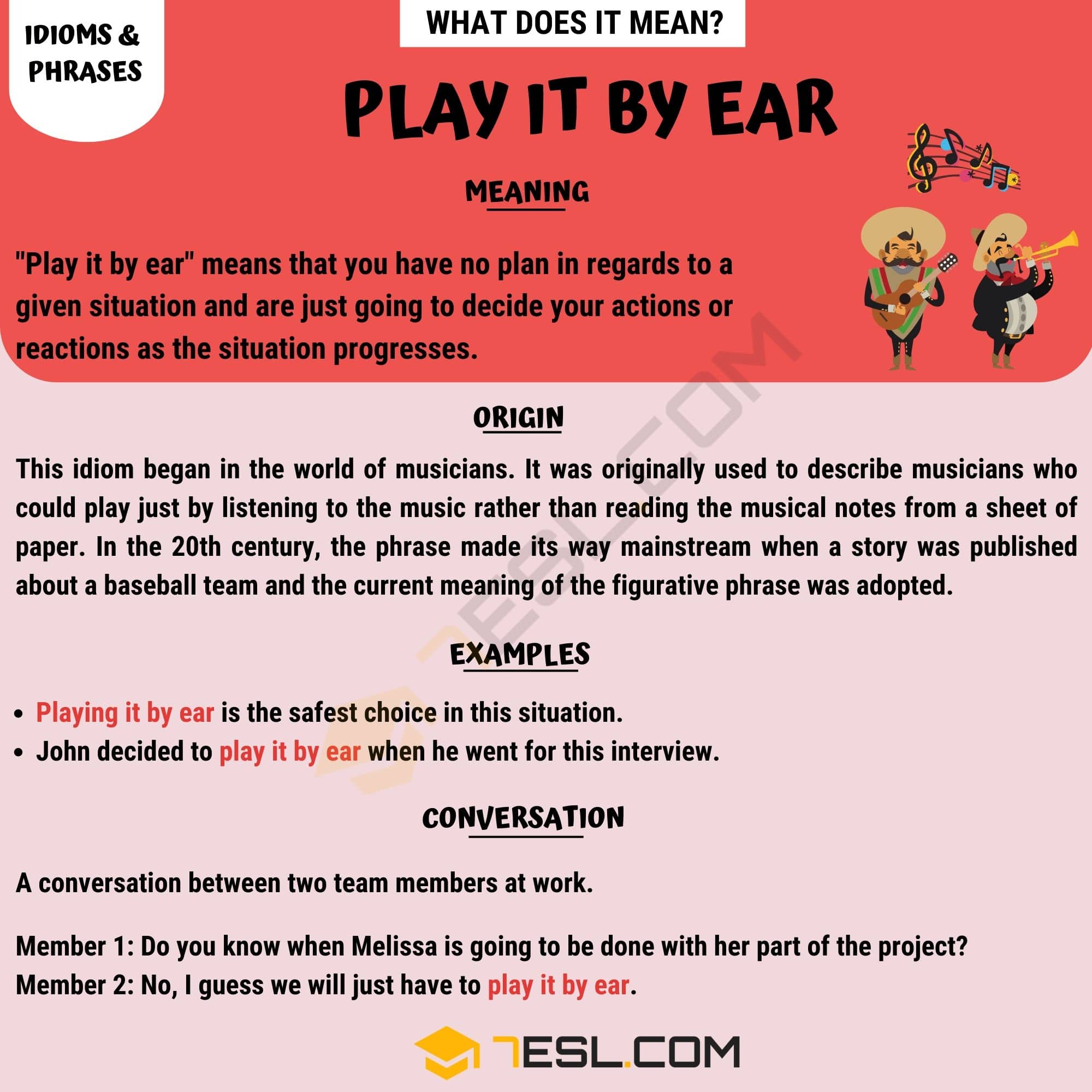 Can you teach. A English language