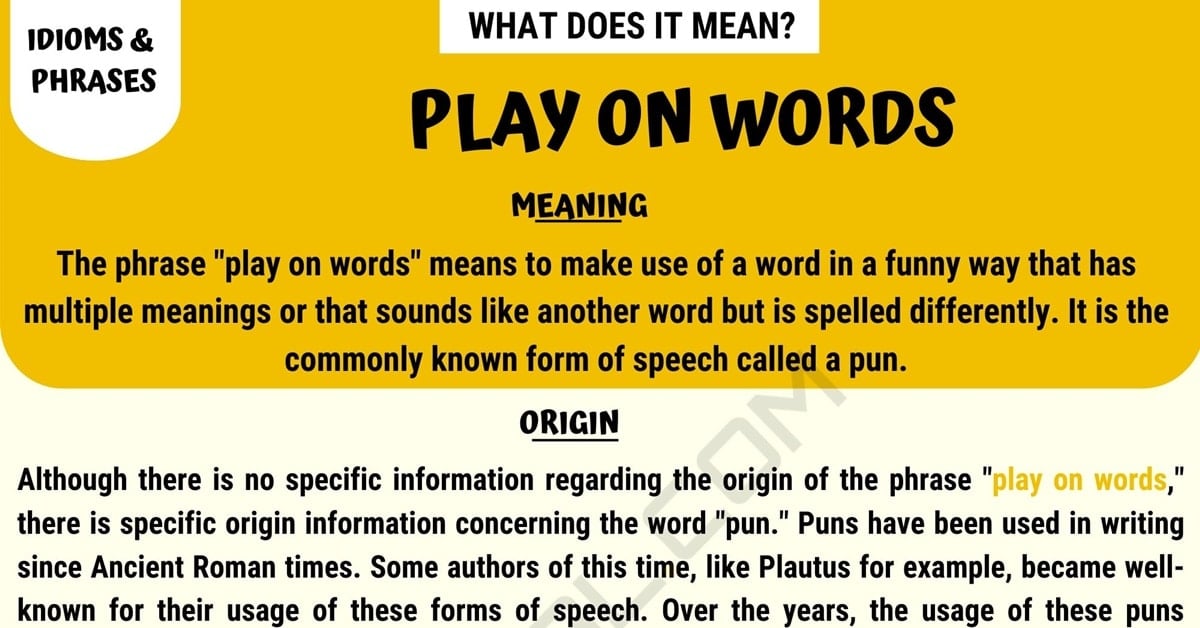 “Play on words” is an idiom that you may hear or see quite often in conversation and writing. If you were thinking this phrase meant to play on a group of words, you have come to the right place to discover otherwise. Here you will find the actual meaning of this idiomatic phrase, along with the information regarding its origin. You will also find some example sentences and conversations so you can see how this phrase is used correctly and learn to use it for yourself. Lastly, you will find some suggestions words or phrases that you can use in place of this phrase that will still allow you to convey the same meaning.

The phrase “play on words” means to make use of a word in a funny way that has multiple meanings or that sounds like another word but is spelled differently. It is the commonly known form of speech called a pun.

Although there is no specific information regarding the origin of the phrase “play on words,” there is specific origin information concerning the word “pun.” Puns have been used in writing since Ancient Roman times. Some authors of this time, like Plautus for example, became well-known for their usage of these forms of speech. Over the years, the usage of these puns continued to become popular in comedy and general conversation, often to make humorous comparisons.

A conversation between two office co-workers.

Alternatives to “Play On Words”

There are many words or phrases that you can use to substitute for the phrase “play on words” that convey the same meaning. Some of these alternatives include: 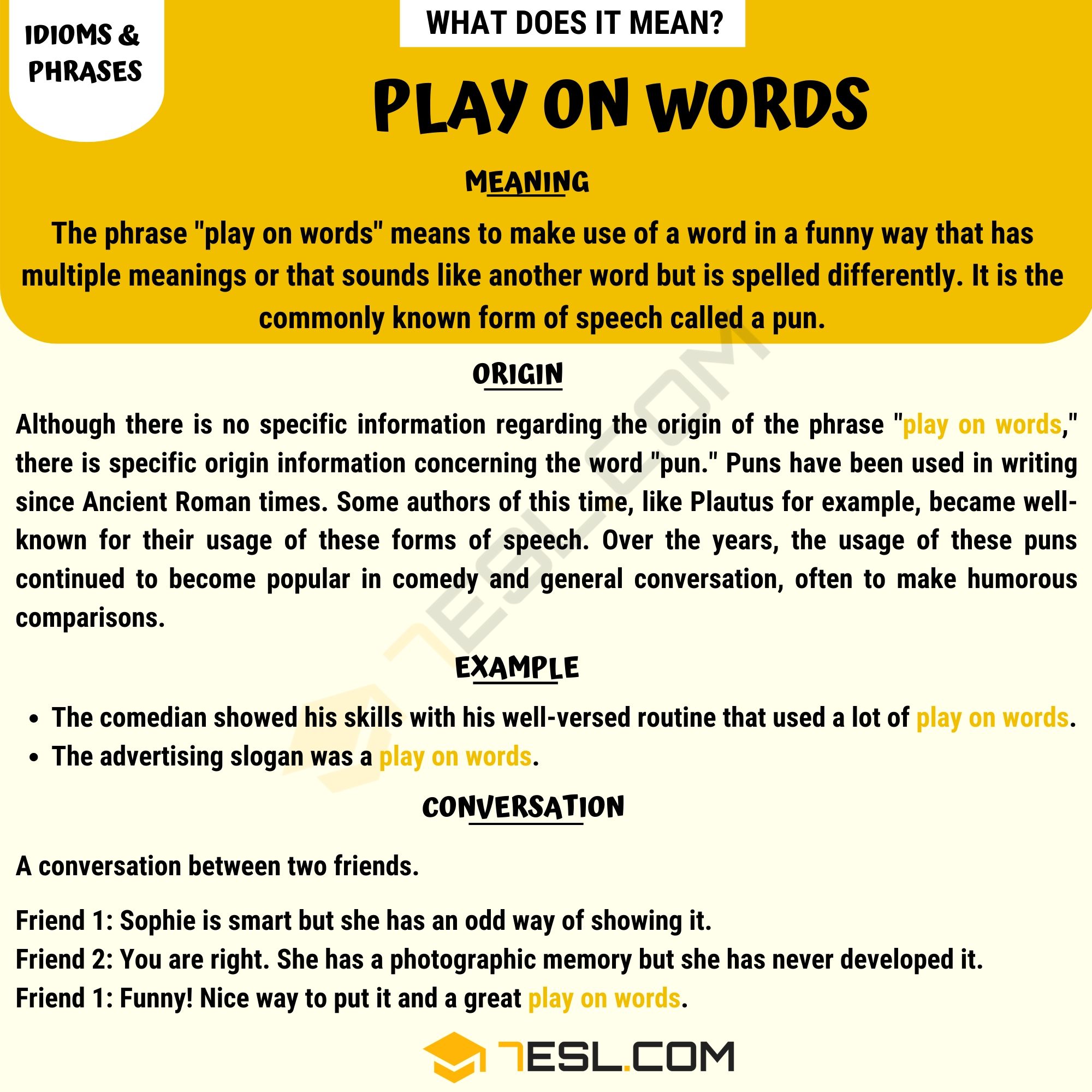