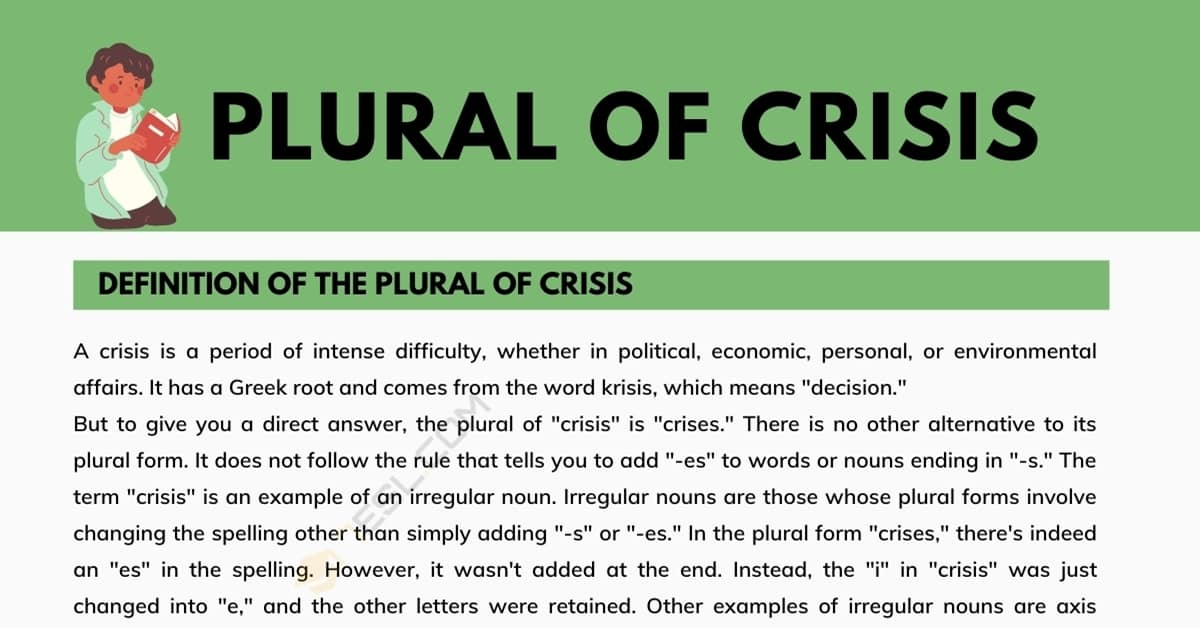 What is the plural of crisis? There are many ways and rules regarding how singular nouns are converted into their plural forms. The most common one is to add “s” or “-es” at the end of the noun. However, other rules involve adding other letters, changing a part of the spelling, or changing nothing, at all. Determining the plural form of a noun is quite confusing. That is why you have to expand your vocabulary and read books and literary materials that can let you familiarize the plurality of words. In this article, you shall discover and understand the plural of the word “crisis” and why it is often confused or mistaken.

The Plural of Crisis

What Is The Plural of Crisis?

First, let us define the word. A crisis is a period of intense difficulty, whether in political, economic, personal, or environmental affairs.

It has a Greek root and comes from the word krisis, which means “decision.”

But to give you a direct answer, the plural of “crisis” is “crises.” There is no other alternative to its plural form. It does not follow the rule that tells you to add “-es” to words or nouns ending in “-s.” The term “crisis” is an example of an irregular noun. Irregular nouns are those whose plural forms involve changing the spelling other than simply adding “-s” or “-es.” In the plural form “crises,” there’s indeed an “es” in the spelling. However, it wasn’t added at the end. Instead, the “i” in “crisis” was just changed into “e,” and the other letters were retained. Other examples of irregular nouns are axis (axes), wolf (wolves), index (indices), and many others.

Why the Plural of Crisis Is Confused

The first probable reason why the plural of crisis is confused is that the term actually ends in “-s.” Words ending in “-s” are commonly, but not always, converted into their corresponding plural forms by adding “-es.” If this rule is followed, you would have “crisises” as the plural of “crisis.” That is incorrect. There is a separate and specific rule stating that if the singular noun ends in “-is,” the plural ending is “-es.” Since crisis ends in “-is,” the correct plural form would be “crises.”

Here are some other words ending in “-is” transformed into their plural forms by changing the last two letters into “-es”:

As you may have noticed, most of the singular forms of those words actually end in “-sis.” When transformed into one ending in “-ses,” they appear to follow the main rule of adding “-es” to words ending in “s.” Think of it as a shortcut, instead of repeating the same syllable as in “crisises,” which is wrong. Shortening eliminates the redundancy of syllables, which can only take space and effort when speaking. Therefore, if your word ends in “-sis,” its plural form most probably ends in “-ses,” without adding extra syllables.

But then you have to remember that some words ending in “-is” can have two plural forms. One adds “-es,” and the other changes “-is” to “-es.” An example is the word “mantis,” which can be converted into either “mantises” or “mantes.” Both are accepted in the English language. 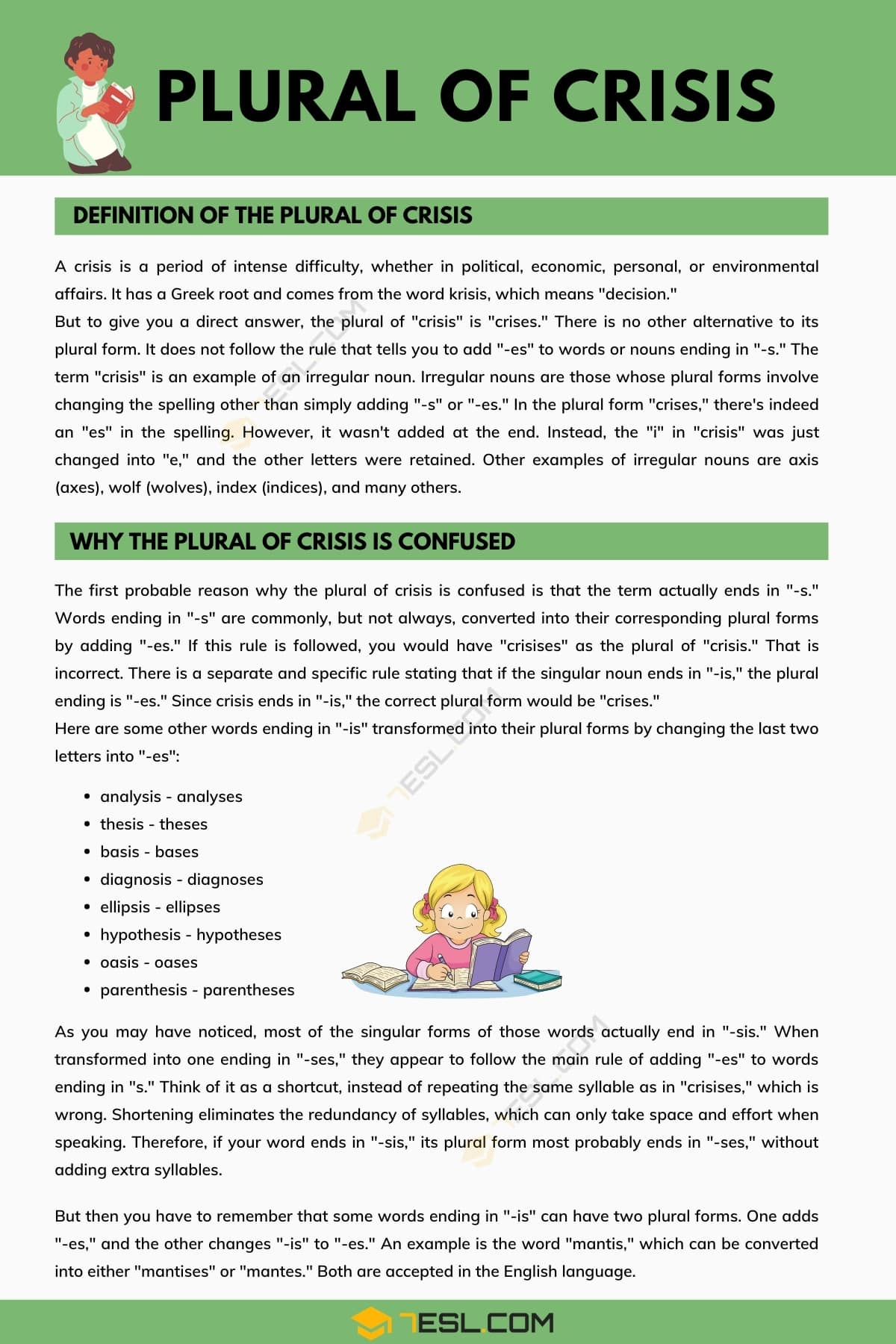