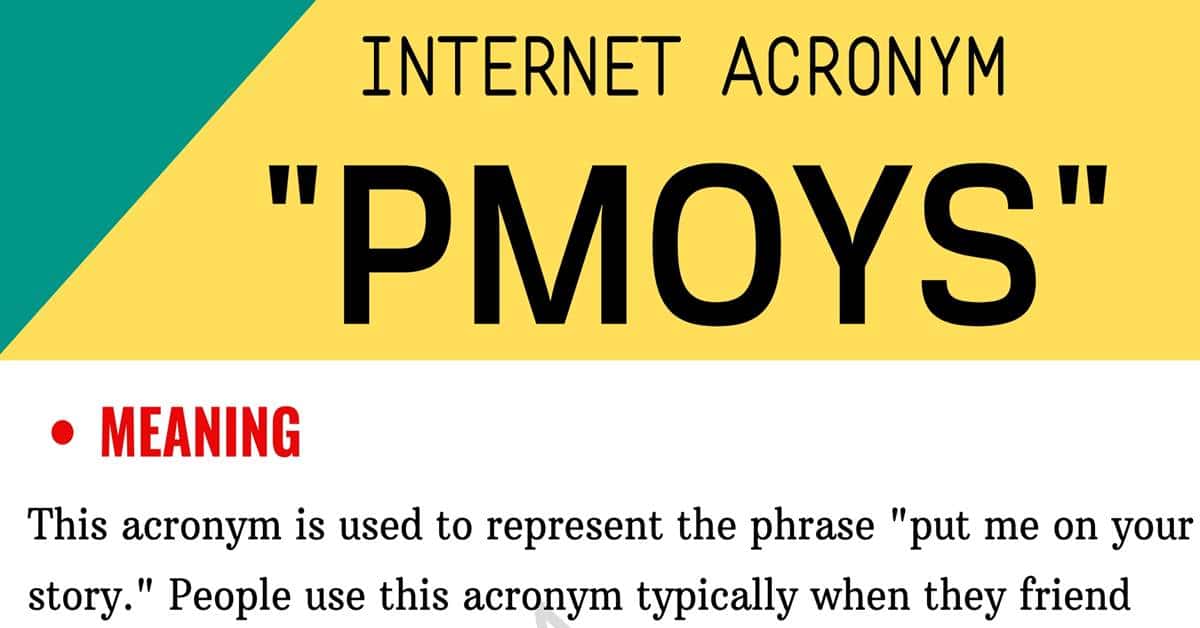 What does PMOYS mean? If you are a frequent user of the social media site Snapchat, then odds are you have seen this phrase being used a lot. However, if you are unfamiliar with the site and are just seeing it for the first time, you are probably sitting around thinking what on earth could that possibly mean. That is probably what led you to this page and thank goodness it did! Here you find the meaning for this popular acronym, some other possible meanings for it if there are any, and the information regarding its origin. You will also find some conversation examples that show how the acronym is used correctly and some possibly synonyms if there is a way the phrase this acronym represents can be said in different ways.

This acronym is used to represent the phrase “put me on your story.” People use this acronym typically when the friend request someone on the popular social media site Snapchat when they want them to add them to their story to gain popularity on the site. They will often include a picture of themselves accompanied by this acronym.

This acronym originated on the popular social media site Snapchat. It has been used since 2013, but reached peak use in 2016, so much so that people were annoyed by it and expressed the desire for it to no longer be used. However, it still is used widely today on the site.

Before its use becoming popular on Snapchat, the acronym PMOY without the “S” was used as the acronym for Playboy magazines Playmate of the Year. The acronym is also used interchangeably to represent the phrase “put me on your Snapchat.” This relates to the same meaning stated above, just uses slightly different wording.

Since the acronym directly relates to a specific social media site and a specific task, there are no synonyms that you could use to represent this phrase. 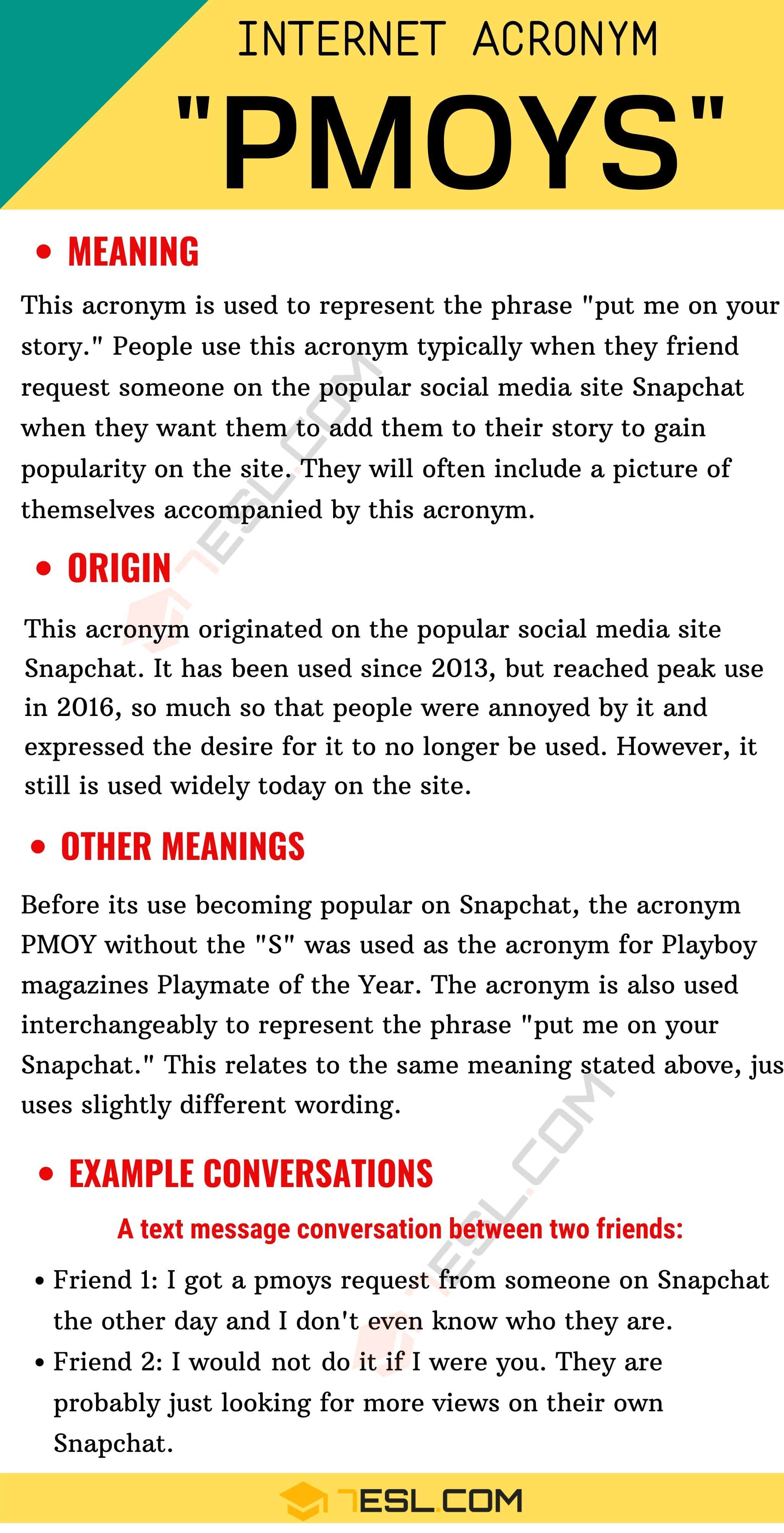