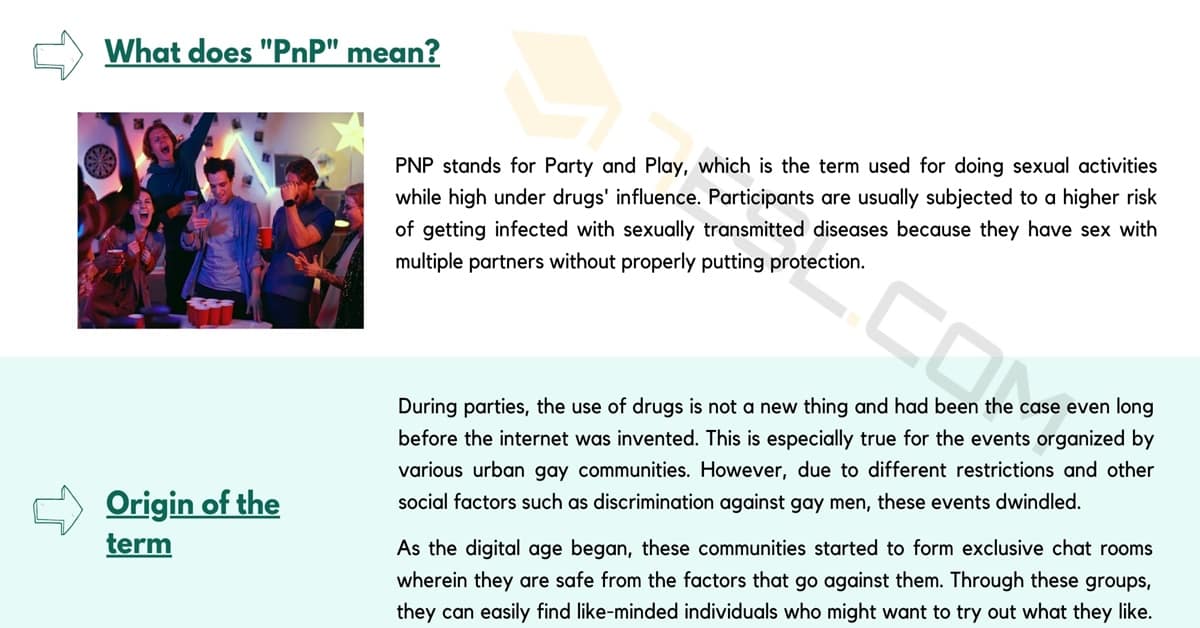 Have you ever came across the term PnP and wondered what in the world does it mean? It may be due to a generation gap or maybe that term is simply used exclusively by some groups.

However, be assured that you’re not the only one having this dilemma. In fact, we made this article to answer every question you might have about this particular term. Read further below to know more about relevant information about PnP.

What does “PnP” mean?

PNP stands for Party and Play, which is the term used for doing sexual activities while high under drugs’ influence. Participants are usually subjected to a higher risk of getting infected with sexually transmitted diseases because they have sex with multiple partners without properly putting protection.

During parties, the use of drugs is not a new thing and had been the case even long before the internet was invented. This is especially true for the events organized by various urban gay communities. However, due to different restrictions and other social factors such as discrimination against gay men, these events dwindled.

As the digital age began, these communities started to form exclusive chat rooms wherein they are safe from the factors that go against them. Through these groups, they can easily find like-minded individuals who might want to try out what they like. These chat groups eventually became the place where Party and Play sessions are organized.

Nowadays, popular social media apps such as Twitter, Facebook, Instagram, or WhatsApp became the successor of those online chat groups. Furthermore, PnP sessions are not even exclusively done by gay men anymore. However, according to some reports, the data regarding these activities might have been greatly exaggerated, leading to undue public anxiety.

In computing terminologies, PnP simply means “Plug and Play”, which refers to any devices that you can immediately use once you plug it in. Common examples of PnP devices include monitors, external keyboards, headphones, or computer mouses.

In electronics, PNP denotes a type of semiconductor device with an n-type region sandwiched between two p-type regions.

In the Republic of the Philippines, PNP stands for Philippine National Police, the armed police force that serves the said country.

PnP can also refer to Papel-and-Pencil games, which are solely played using a piece of clean paper and a pencil. Examples of such games include Tic-tac-toe, Hangman, or Battleships.

Who uses this term?

This term is usually used by adults and teenagers as well.

When to use this term?

You can use this term if you want to engage in sexual activities which involves drugs with other like-minded individuals. It can only be used exclusively in adult chat groups or with your sexual partner.

Other words you can use instead of PnP

Instead of Party and Play, you can use either wired play or chemsex. 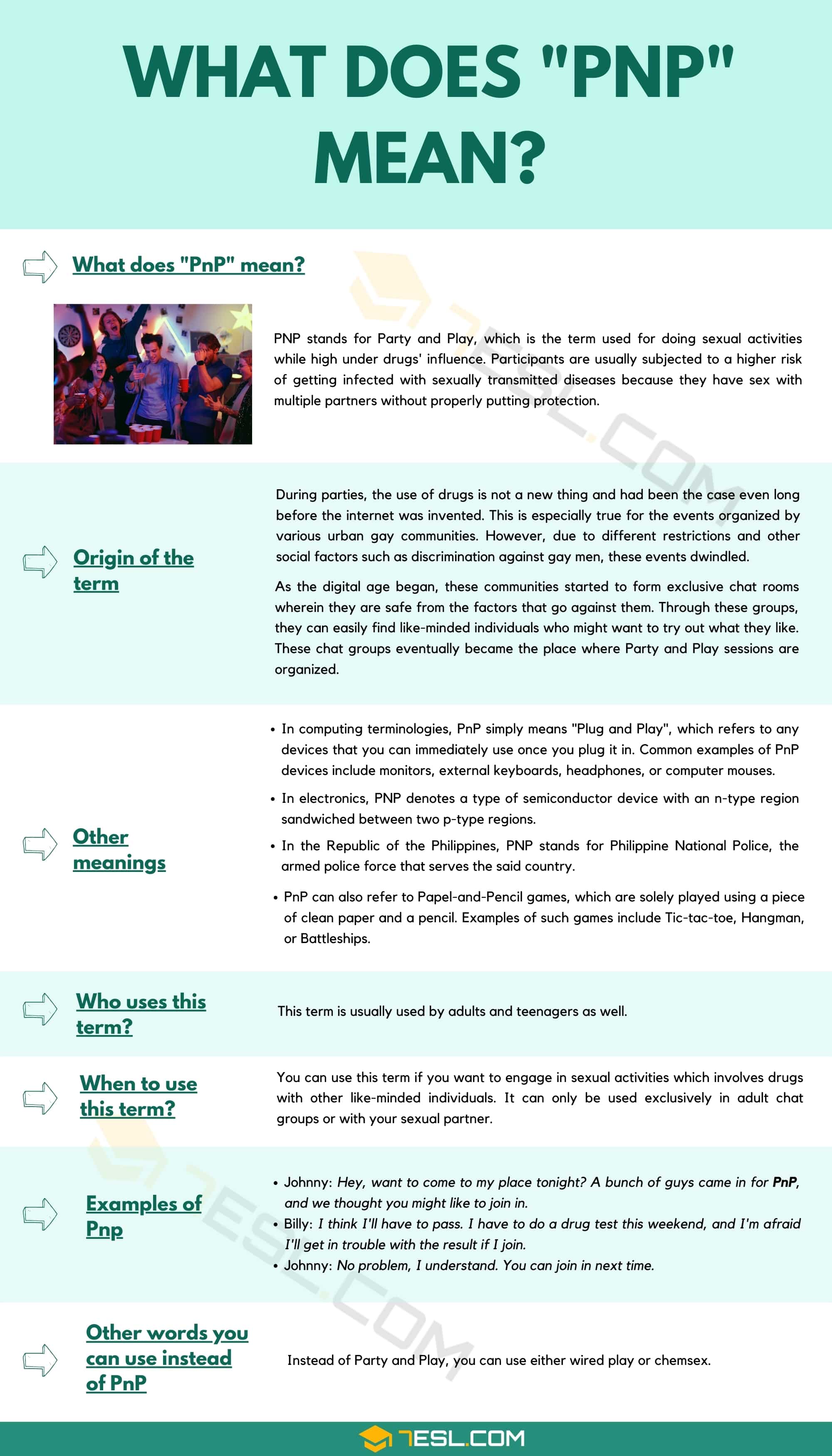