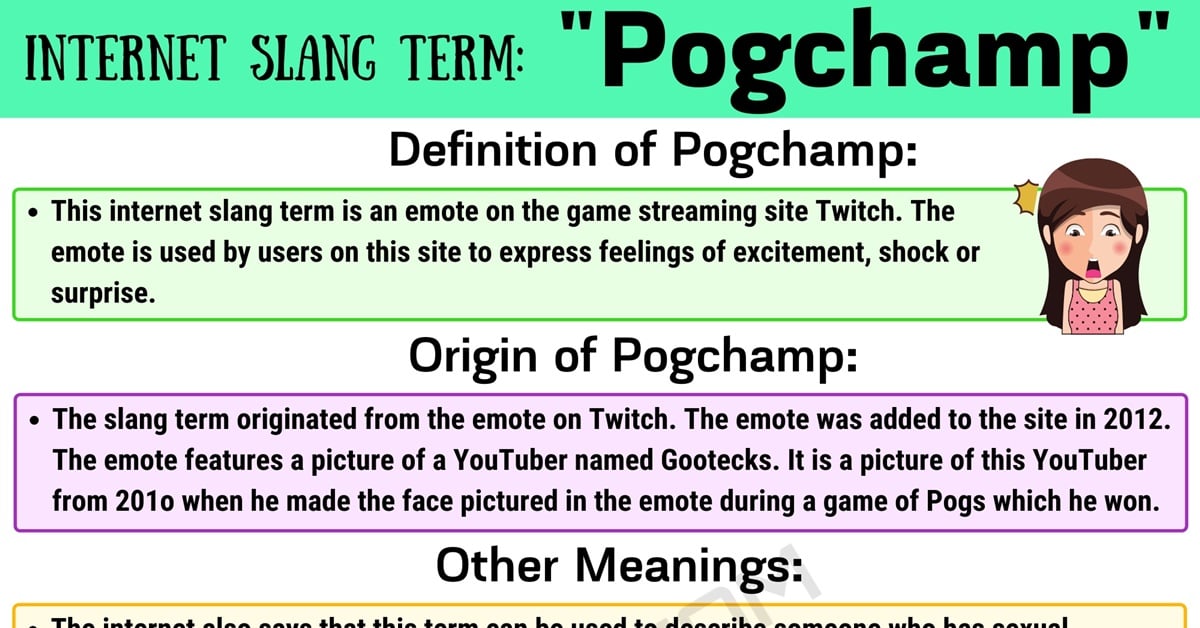 “Pogchamp” is a slang term that you may have seen if you are an avid gamer. Odds are you heard or saw this phrase used and didn’t know what it meant. If those are the circumstances that led you here, then you have come to the right place. Here you will find the meaning of this term, information about its origin, and some optional meaning if there are any.

You will also find some example conversations where the term is used correctly to help you further understand its meaning. Lastly, you will discover some alternative words or phrases that are synonymous with this slang term and can be used interchangeably.

This internet slang term is an emote on the game streaming site Twitch. The emote is used by users on this site to express feelings of excitement, shock or surprise.

The slang term originated from the emote on Twitch. The emote was added to the site in 2012. The emote features a picture of a YouTuber named Gootecks. It is a picture of this YouTuber from 201o when he made the face pictured in the emote during a game of Pogs which he won.

The internet also says that this term can be used to describe someone who has sexual intercourse often and rarely goes for long periods without having some sort of sexual encounter.

A discussion between two friends.

A conversation between two game players.

There are several alternative ways you can say this slang term and still convey the same message. Some of the different words you could use include: 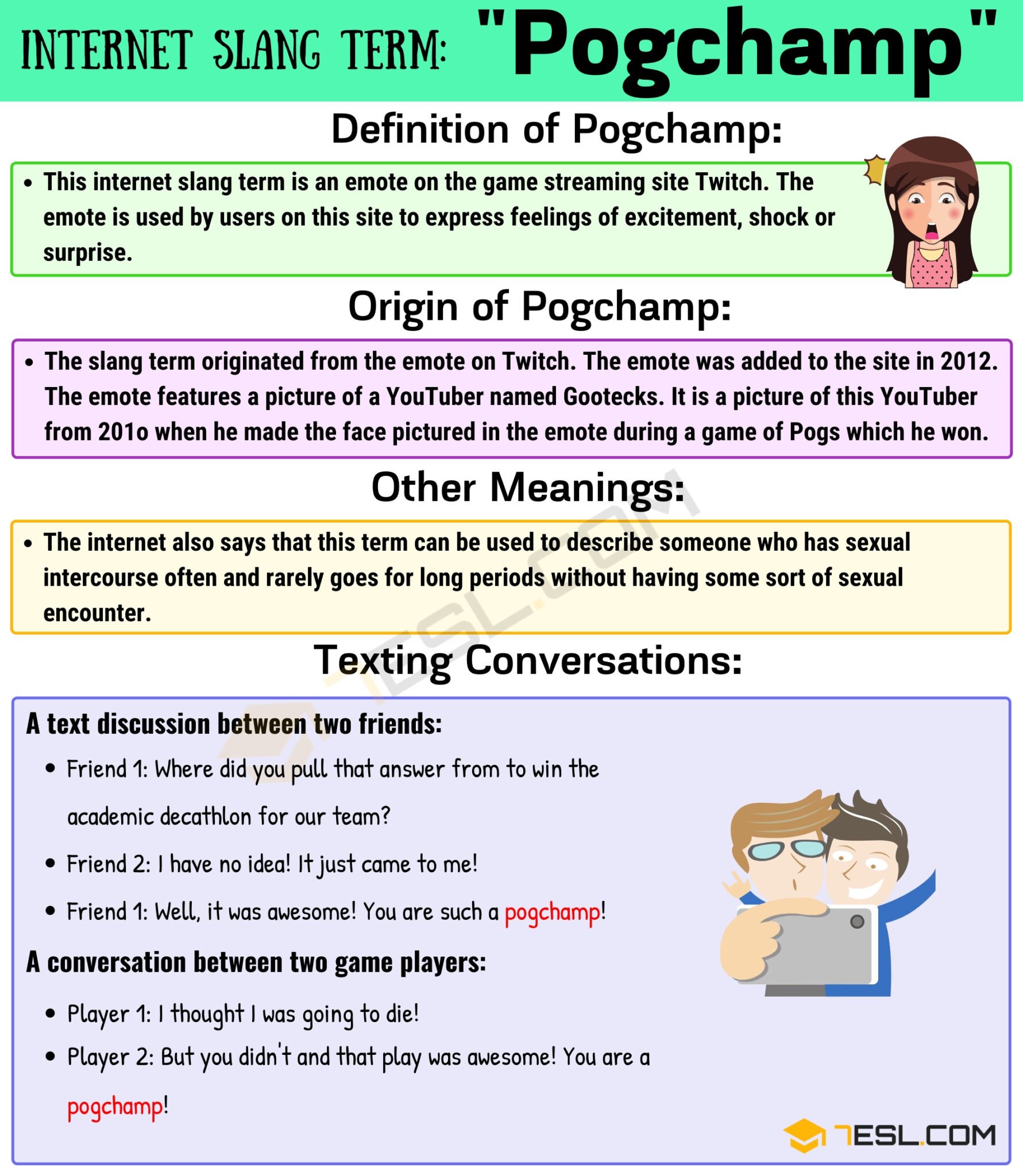