Home
Slang
Poggers Meaning: What Is Poggers and When Should You Use It?

You will also find other meanings for the term if any exist and you will find some example conversations to help you better understand how to use the word in proper context. Lastly, you will see some suggestions of words or phrases that you can use in place of this term to convey the same meaning.

The internet slang term “poggers” means an expression of excitement or amazement.

The slang term “poggers” originated on the gaming channel Twitch. This term started as an emoticon of a frog with a shocked look of excitement on his face, but users needed a certain extension installed to be able to see it. Finally, someone resorted to just saying “poggers,” which most likely was derived from the emoticon being a frog named Pepe.

The term was then used in several gaming memes for popular games like Fortnite and League of Legends when someone performed a good move that earned them many points. However, most game players today consider the term old and outdated due to its over usage in the height of its popularity.

The Urban Dictionary users have also defined “poggers” to mean a person who is mentally impaired or has a very low IQ. However, the meaning stated above is the most commonly accepted. 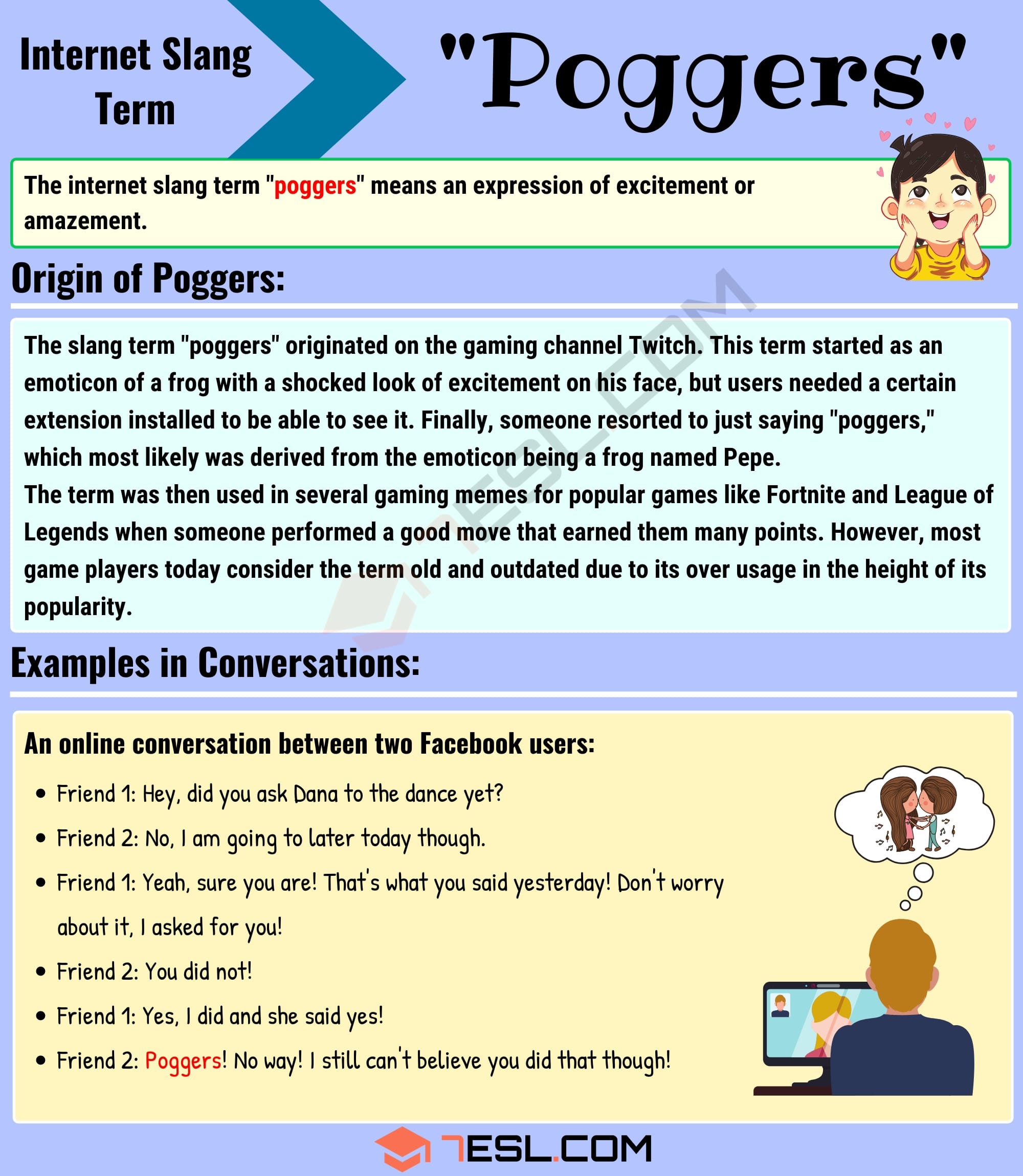